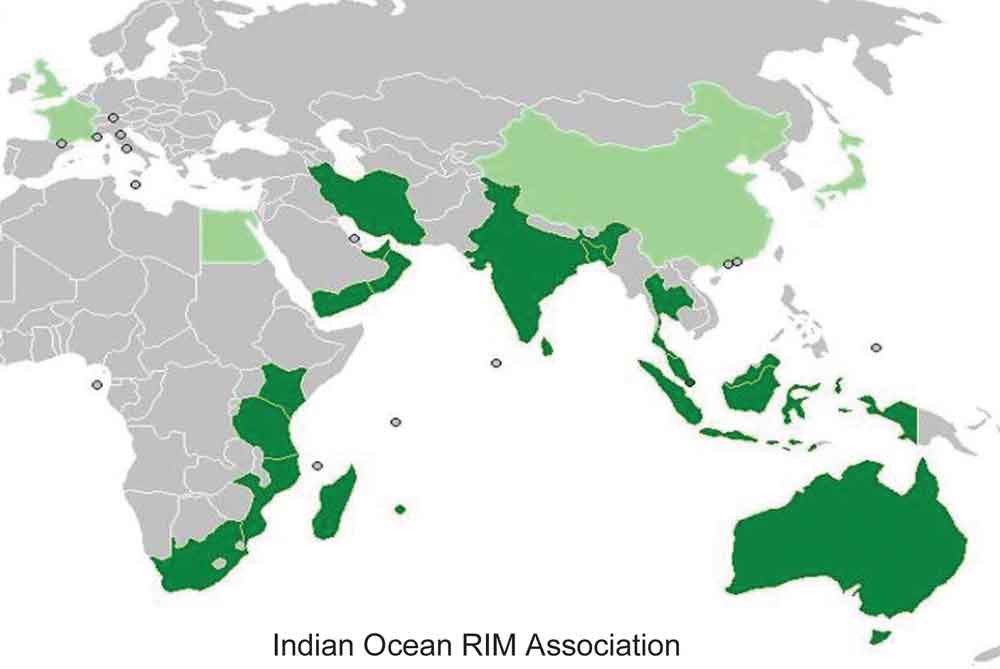 Ahead of Navy Day , Naval Chief Admiral Karambir Singh said on December 3 that there were seven to eight Chinese warships present in the Indian Ocean Region (IOR) at any given time and the Chinese navy was gearing up for a joint exercise with Pakistan in north Arabian Sea. Referring to the incident of Indian Navy chasing away China’s oceanic research ship Shi Yan-1 from proximity of the Andaman and Nicobar Islands (ANI) on December 4, he said, “Our stand is that if you have to do anything in our exclusive economic zone (EEZ), you have to notify us first. EEZ are international waters, but if we find Chinese ships engaging in what we perceive military maneouvers, we chase them away”. Shi Yan-1 was forced to leave the area when it was detected by P8I maritime patrol aircraft of the Navy.

Above is not the first time that Chinese vessels have been found snooping in India’s EEZ including close to the ANI without permission China is going full steam to establish its presence in the IOR with major presence at Djibouti on the Horn of Africa and Gwadar in Pakistan (both locations housing Chinese Marines), in addition to port development activities wherever in multiple countries and Hambantota in Sri Lanka in the bag for 99 years.

The forthcoming China-Pakistan joint naval exercise in north Arabian Sea will be using live ammunition. China already has two aircraft carriers with another two under construction, 50 diesel-electric and 10 nuclear submarines, 33 destroyers, 54 frigates and 42 corvettes among other vessels. China also has large civilian boat militia which is fully militarized, which also has large presence in IOR. There have been incidents of China’s civilian boat militia engaging pilots of foreign aircraft with lasers in South China Sea.

China has been preparing for conflict on multiple fronts in the Indo-Pacific, even as the US perceives possible conflict with China over Taiwan n 2020. Movement of Chinese ships and submarines in the Indian Ocean is on the increase. For the Indian Navy, monitoring the Indian Ocean is of vital importance.  The US administration under President Donald Trump had approved the sale of armed drones to India in June 2019 and offered these to be equipped with required missiles and other systems.

Own media reported in November that MoD was moving towards deals for procuring US defence equipment worth some US$7.5 billion including Sea Guardian armed drones and naval spy planes. According to a government official, a Letter of Request (similar to a Request for Proposal – RFP) is expected to be issued to the US for a government-to-government deal through the FMS route by February-March 2020.

The other major deal in the pipeline is the project for the acquisition of the 10 x P-8I anti-submarine warfare and long-range surveillance aircraft which would be adding to the existing fleet of 12 such planes in the Indian IN. The P-8I planes are expected to cost around $3.1 billion and would also be acquired under the FMS route post approval by the Cabinet Committee on Security (CCS) headed by the Prime Minister.

Separately, the Navy is also being equipped with 24 x MH60R Seahawk Anti-Submarine Helicopters from the US at a cost about US$2.616 billion which  includes accessories, spare parts, technical support and maintenance facilities. The Seahawks are to be equipped with cutting edge sonar and radar to detect submarines travelling on the surface or just below the surface – modern nuclear submarines travel just below the ocean surface to get rid of exhaust fumes.

Presently, the IN is looking at procuring 30 x Sea Guardian unmanned aerial systems (UAS), and another Boeing 10 x P-8I Poseidon multi-mission maritime aircraft (MMA) for monitoring the Indian Ocean. The P8I aircraft already occupy a pride of place in the IN and are deployed for a variety of operations, from submarine tracking to search and rescue (SAR) and even reconnaissance over land. The first batch of 8 x P8I aircraft were ordered under a US$2.1 billion deal in 2009 and a follow on order for four was placed in 2016.

P8I aircraft that specializes in tracking and hunting down enemy submarines with lightweight torpedoes and depth charges are also operated by the US and Australian navies, which operate in coordination with India to keep track of ship movements. With the contract of 10 x P8I aircraft to be procured now, the Navy’s fleet of P81 aircraft will go up to 22. The deal will ensure these aircraft arrive early with continuous supply over the next four years, facilitating and compensating for older maritime reconnaissance assets of Russian origin retiring. The deal of 10 x P8I aircraft reportedly includes a mandatory clause for at least 30% offsets to domestic companies.

The overall fleet of 22 x P8I aircraft will help the IN maintain strong vigil over a region that has seen increasing deployments by the Chinese Navy. An idea was recently thrown up in the media by a journalist, motive for which remains ambiguous, that since the US Air Force (USAF) has proposed to discard two-thirds of its fleet of about 35 x RQ-4 Global Hawk drones, India should dump the move to procure the 30 x Sea Guardian UAS and 10 x Boeing P-8I aircraft and instead go for the discarded Global Hawk drones, the claim being that up to 24 x Global Hawk drones can be purchased within the same price as being spent on 30 x Sea Guardian and 10 x P-8I.

How this claim is made remains a mystery unless US has intimated the sale price of the Global Hawks under discard to the journalist. Next, someone may recommend that India should also buy the older American Martin RQ-171 Sentinel drones since they would be even cheaper although one of these was electronically captured by Iranian forces in 2011 near the city of Kashmar in northeast Iran.

There is no doubt that the USAF has proposed retiring some 21 of its 35 x RQ-4 Global Hawk high-altitude drones, currently collecting intelligence across the Middle East and elsewhere, as part of a series of steep cuts to legacy programs. A USAF official has said, “The Air Force continues to refine its budget submission. We don’t expect details to be available until the President’s Budget is submitted to Congress in February 2020.”  But the real reason why USAF wants to dump the RQ4 Global Hawk is because Iran shot down one such drone over the Strait of Hormuz on June 20, 2019.

According to Loren Thompson of the Lexington Institute, “It (RQ4 Global Hawk) was well suited to go against terrorists, but against a threat like China it just won’t survive. Flying a Global Hawk over Chinese airspace would be suicidal. When a second-rate power like Iran can shoot your weapon with its own indigenous missile, that’s not a good sign for the future.” Therefore, it would be downright stupid for India to buy discarded RQ4 Global Hawks instead of new Sea Guardian drones and P81 aircraft, especially when the RQ4 Global Hawk with a wingspan of 131 feet is easily spotted by radar and has no defensive systems.

Interestingly, Commercial Earth imaging company Satellogic announced on December 19, 2019, that it has raised US$50 million to help scale up its satellite constellation; Chinese company Tencent and Brazilian fund Pitanga contributed about 40% of the funding, rest coming from new investors. Satellogic has eight satellites in orbit and plans to launch 16 satellites in 2020, with the first two scheduled to launch from China in mid-January.  India just launched its second ‘eye in the sky’ – sharp-eyed surveillance satellite RISAT-2BR1 with synthetic aperture radar – a radar imaging satellite.

Given the prowess of ISRO, India must plan its own satellite constellation (deploying low-costing ISRO satellites) focused 24×7 on the India Ocean, in addition to Navy’s maritime surveillance platforms under procurement. The Naval HQ is already linked with USINDOPACOM and Navy has a liaison officer posted at NAVCENT in Bahrain.