RMA in the Indian Context 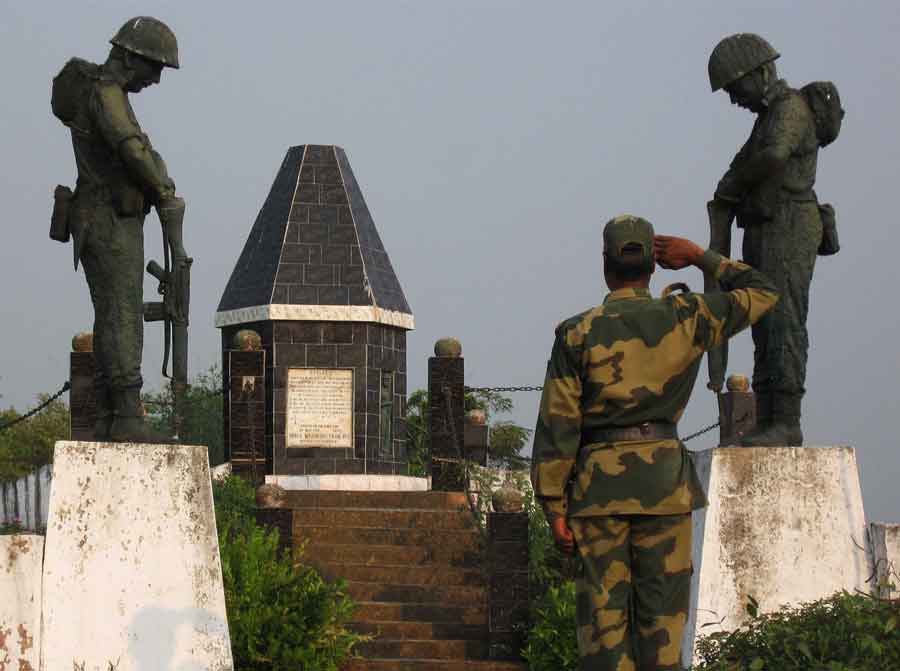 Revolution in Military Affairs (RMA) can be defined as “A major change in the nature of warfare brought about by the innovative application of technologies, which combined with dramatic changes in military doctrine and operational concepts, fundamentally alters the character and conduct of operations.” Transformation is essential to cope with these changes and most countries have put in place organisations dedicated to conceptualising and implementing transformation.

Revolution in Military Affairs (RMA) can be considered a phenomenon that is some four decades old. Soviet Military thinkers during the period 1960 to 1970 first dabbled with RMA (though the term ‘RMA’ was not coined by them). The Soviet experiment was primarily with respect to the impact of nuclear weapons and Inter Continental Ballistic Missiles (ICBMs). Their focus was to dovetail the employment of nuclear weapons into their war-fighting doctrine, giving them the cutting edge in future wars. More than a decade later, in the mid-eighties, Chief of Soviet General Staff Marshall Nikolai Ogarkov revived the debate about RMA with reference to precision guided conventional weapons. The concept caught the fancy of the US much later, who actually coined the term RMA.

Militaries worldwide have been experimenting with and adopting RMA. Chinese interest in RMA in the structure of future US armed forces remains strong and is adequately incorporated into the Chinese strategic military doctrine. Their interest in the RMA theory and practice was accelerated due to the dramatic and speedy US victory over Iraq in the 1991 Gulf War wherein US dominance was achieved through precision weaponry, satellites and superior information and communications technology. The power of technological advances coupled with matching strategy and concepts, organisations and training was fully apparent. This was a catalyst for the Chinese PLA to get going on the path to ‘informisation’.

RMA results when a nation seizes an opportunity to transform its military doctrine, training, equipment, tactics, operations and strategy in a coherent pattern…

Throughout history, advances in technology and strategy have revolutionised the way wars are fought. Many definitions have been coined to describe the nuances of RMA. Wikipedia says that “The military concept of RMA is a theory about the future of warfare, often connected to technological and organisational recommendations for change.” RMA results when a nation seizes an opportunity to transform its military, doctrine, training, organisation, equipment, tactics, operations and strategy in a coherent pattern in order to wage war in a novel and more effective manner.

RMA can be defined as “A major change in the nature of warfare brought about by the innovative application of technologies, which combined with dramatic changes in military doctrine and operational concepts, fundamentally alters the character and conduct of operations.” Transformation is essential to cope with these changes and most countries have put in place organisations dedicated to conceptualising and implementing transformation.

Global debate on RMA is centered on the following perspectives: one, this perspective highlights the political, social, and economic factors worldwide, which might require a completely different type of military and organisational structure to apply force. It focuses primarily upon changes in the nation state and the role of an organised military in using force; two, this most common “System of Systems” perspective on RMA highlights the evolution of weapon technology, information technology, military organisations and military doctrine including three overlapping areas for force assets – Intelligence, Surveillance and Reconnaissance (ISR), Command, Control, Communications and Intelligence (C3I) and Precision Force and three, this portrays the pessimistic view that a ‘true’ RMA has not yet occurred or is unlikely to occur since much of the technology and weapon systems ascribed to contemporary RMA have been under development for quite some time. However, the bottom line is that RMA is an ongoing phenomenon with no specific start or end point. Perhaps it is akin to the pursuit of excellence which is a never ending process.

Militaries need RMA to create positive asymmetrical capabilities and comprehensive competitive edge over adversaries plus transforming their current perception and thinking. Technological advances enable precision delivery of enormous firepower of hundreds of mega tonnes on a given target thousands of kilometres away. Destruction of satellites in orbit is possible.

The capability has increased phenomenally in ‘mass’ and ‘range’ but the ‘time’ factor is frighteningly compressed; battle is being viewed and decided in near real time. Real time communication links and the advent of aggressive media coverage enable viewing the battle from the bedroom. Everyone from the man on the battlefield to the entire chain of command and control right up to the chief political executive and the populace are on the same real time grid. The implication for the military is that decisions have to be taken with great swiftness and efficacy – and the entire, consultation-decision making process has to be radically reviewed. This calls for radical changes in our organisational structures, work culture, war fighting capabilities, doctrines and operational concepts.

RMA involves a paradigm shift in the nature and conduct of military operations which creates new core competencies in dimensions of warfare that render obsolete or irrelevant one or more core competencies of erstwhile dominant players. The Blitzkrieg of Germany created new operational and tactical level models for land warfare, rendering the static lines of defence obsolete. During the World War II, Carrier Warfare created new tactical and operational level models for battle at sea, rendering large battleships obsolete. The introduction of ICBMs has created a new dimension of warfare initiating a new core competency of long range, accurate delivery of high-yield nukes. Anti-satellite capability, Space Warfare and Cyber Warfare have ushered in yet more core competencies. Rise in RMA has also enforced antidotes in the shape of asymmetric and fourth generation wars, the application of which is countering the RMA of the US Military in Afghanistan and Iraq to a considerable extent.

It is generally opined that RMA is driven by technological advancements made in recent past in Information Technology (IT) and changes in the fields of communications, computers and networks. This is only partly true; limiting RMA to only systems would be highly incorrect. Recent technological advancements actually require revolutionary changes in the manner in which we conduct our military business since RMA encompasses the entire military organisation.

There are four basic tenets. First, RMA is not simply technological but concerns significant progress and change in at least the important military related areas of technology, organisation, doctrine and operational concepts. Second, changes or progress in the above areas of technology, organisation, doctrine and operational concepts by themselves do not represent a true RMA, but rather it is the synergistic combination of these developments, which forms true RMA and alters the nature of warfare. Third, RMA emerges from revolutionary changes of historic magnitude within the broader social, economic and political environment of national and global societies, which in turn offer the conditions for RMA to be recognised, appreciated, internalised and exploited. Fourth, the smooth and successful process of recognition, appreciation, internalisation and exploitation requires flexibility, acceptability, innovation and openness to change particularly on the part of the military.

Factors that are relevant to RMA are time, technological capabilities, percentage adaptability of technology, Human Resources (HR), inertia of the organisation, net-centric culture and security vulnerabilities. Increasing use of high technology, well-trained HR that understands the requirements of RMA and a net-centric culture, which refers to organisational policies and strategies, favour growth in RMA. Conversely, non-adaptive technology that does not lend to innovation and upgradation which can occur with a large import content, larger mass and poor security in implementation reduces the capability for RMA.

Increase in network-centric culture (largely a state of mind) causes an exponential rise in RMA. Measures for enhancing RMA include development of long range precision attack capability, integration of civilian hardware industry for defence production in common use technological areas and specific security measures particularly in the telecommunication sector to ensure proprietary protocols and standards through which they would have full control over the networks.

Emerging trends of warfare have greater emphasis on the sub-conventional. Force application throughout the war continuum must be at the locus of engagement with the enemy. It must be ‘joint’ and could be virtual not necessarily physical, but it may include operations in the diplomatic, economic, information and military domains. These national level applications must be in place 365 days and 24×7 and even during ‘peace time’ since the military continues to be engaged in low intensity operations. The Army would require to continue as a manpower intensive and has to be equipped and networked for such operations with the internal security organs of the state. The Navy is similarly faced with low-intensity maritime threats, heightened after 26/11 Mumbai terror attack and requires addressing at a different plane. The Air Force in support role will need its own force multipliers, inter-operable with sister Services. Moving up to higher levels of the war continuum even the Army will need to be more and more machine intensive.

At the tri-Service/national levels, the far end of war would deal with the application of Ballistic Missiles, Anti-Ballistic Missile Defence and Nuclear weapons. Each zone of the war continuum requires transformation and synergy with different instruments of state power and a differential in the level of man-machine interface requirements. Inter-Service jointness simply has to be enforced as fait-accompli. Network Centric Warfare (NCW) is perhaps the most important component of RMA. The challenge is to do it within an organised framework and with full security.