Home  >  News  > Defence Industry  >  The FICV Saga – Another Hiccup or Are We Serious?

The FICV Saga – Another Hiccup or Are We Serious? 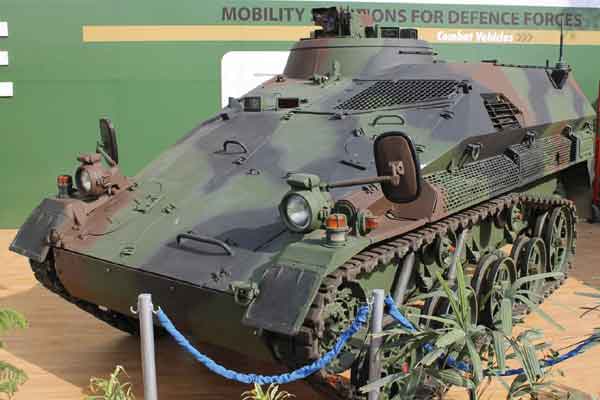 In April 2012, the media was abuzz about government having opened the doors for private players to bid for a project to build the Future Infantry Combat Vehicle (FICV). Four companies were in the fray – Tata Motors, Mahindra Defence Systems, L&T and the government owned Ordnance Factory Board (OFB). All the four bidders had presented their designs and the evaluation was set to move to the final phase “within a month”.

The Army needed about 2,600 such vehicles over 20 years. The Rs 50,000-crore order was likely to be divided between the winner and runner-up, providing a huge leg up to the defence manufacturing industry. This indeed was to be a game changer; help develop an eco-system of small and medium sized companies as suppliers to the winners. Mahindra Defence was then partnering with British Aerospace, OFB was reportedly looking for partnering Russian arms export agency Rosoboronexport, while there was no clarity on who the partners were for the other two bidders. It was also then reported that Army evaluation teams had visited the factories of all four bidders to test their capabilities.

Two companies were to be shortlisted and asked to build one prototype each – the manufacturing of these were to be funded 80% by the government. Subsequently, these prototypes were to be tested and evaluated in various conditions after which a winner was to be chosen. However, the contract was to be split, with the winner getting 65-70% of it and the runner-up taking the rest. The project no doubt is a big challenge involving system integration; the platform, the software and electronics have to be integrated for the vehicle to function well and indigenous companies have little experience in this. While all the four bidders would obviously have foreign partners, the fear expressed was that the high-end work will be done abroad, akin to Russian aircraft being assembled in India over decades but design and development of every new generation plane was done in Russia. If this were to happen in case of the FICV, it will help little in defence-technological advancement within India.

More than four and a half years after the above report (that included all bidders having presented their designs, evaluation set to move to the final phase within a month, and Army evaluation teams having visited factories of all four bidders), media is now reporting that MoD is finally “fast tracking” by deciding on which two bidders will develop the prototypes, quoting MoD source “will soon be selected”.

In the case of FICV, the proposal is of a trilateral venture with the inclusion of Israel; joint India-US-Israel venture. Whether the development would on the lines of the US ‘Stryker’ is not known…

Considering the years gone by, this actually is a baby step, mired in red tape as always. As per the media at least 2,610 FICVs are to be made under the ‘Make in India’ project at an estimated cost of about Rs 60,000 crore. There are six bidders now in the fray: one, OFB; two, L&T; three, Mahindra; four, Pipavav Defence & Offshore Engineering; five, Tata Motors-Bharat Forge consortium; six, Tata Power SED-Titagarh Wagons consortium. The government will fund 80% of the development cost for developing the prototype, estimated to be around Rs 3,000-4,000 crore.

According to a government source, “The best prototype will then be selected for mass production. The ministry’s integrated project management team (IPMT) is in the final stage of evaluating the expression of interest (EoI) responses submitted by the OFB and five private vendors.” When the “will soon be selected” is going to eventually fructify is anybody’s guess because unlike in 2012 when the IPMT had already visited the factories of the bidders and final phase was to be affected “within a month”, this time the IPMT has still not visited and inspected  manufacturing facilities of bidders for an on-ground assessment till now.

The EoI lays down the bidders will be assessed on four major counts: commercial, technical capability, availability of critical technologies and technical specifications of the FICVs they propose to build.

Interestingly, the US ‘Stryker’ armoured vehicles had participated in the joint ‘Yudh Abhyas’ exercises in India, which had invoked considerable interest.  But more recently, news has arrived of the US proposing joint development and production of futuristic military helicopters as well as infantry combat vehicles in the first such big-ticket program under the Defence Technology and Trade Initiative (DTTI) with India.

The news item elaborated that PMO strongly believed matters relating to the armed forces should not be decided by civilian bureaucrats sitting in North and South Block and that the military leadership should be involved more in decision-making.

In the case of FICV, the proposal is of a trilateral venture with the inclusion of Israel; joint India-US-Israel venture. Whether the development would on the lines of the US ‘Stryker’ is not known, but the offer coming at the time when the MoD is supposedly “fast tracking” the FICV project, surely will serve as a spanner in progressing the issue. How much the Army will be consulted on the eventual decision is debatable, if the  knee-jerk decision to import 10,000 CQB carbines from “a country” on direct government-to-government sales and producing 33,000 in India under licence is any indication.

Less than 10 days after the present government was sworn in during May 2014, national dailies headlined read “PMO tells MoD, MHA: Get forces involved in policy”; elaborating that in an attempt to improve the working environment for the armed forces and other internal security outfits, the Prime Minister’s Office has directed the home and defence ministries to ensure that decisions, especially those relating to the uniformed forces, should be taken only after detailed consultations with their top officers. The news item elaborated that PMO strongly believed matters relating to the armed forces should not be decided by civilian bureaucrats sitting in North and South Block and that the military leadership should be involved more in decision-making. However, the implementation of these directions remains zero. in the case of In the case of the abovementioned direct purchase of 10,000 carbines, is this decision not taken by the bureaucracy? The media surely would have mentioned it, were that the case.

The FICV project actually must be fast-tracked. And India needs to get on with ‘Make in India’ eliminating the red tape. But the bottom-line is that this, as all other defence related cases, is unlikely unless the higher defence set up, including the MoD, is reorganized. Unfortunately, no worthwhile move has been made in this direction by the government.

Defence Minister must act on his promise of reforms and actualize the blueprints prepared over years by different groups of experts.

A recent editorial titled ‘Cleanup Needed’ in a national daily reads, “They point to systemic problems which need comprehensive reforms. The most important reform should be to appoint a new chief of defence staff who will become the single point of military advice to the defence minister. This is a long standing recommendation of experts and is crucial to breaking down silos in defence. Parrikar must act on his promise of reforms and actualize the blueprints prepared over years by different groups of experts. In addition, institutional processes must be strengthened. It doesn’t speak well for the system when there is uncertainty about the line of succession.

Moreover the armed forces must have merit-based rather than politics-based promotion and leadership, as the latter results in both poor leadership and corruption”. However, media reports covering the second meeting between the Defence Minister and Lt Gen Praveen Bakshi, Eastern Army Commander hints that the brouhaha about the CDS getting appointed may well be another bogey.

4 thoughts on “The FICV Saga – Another Hiccup or Are We Serious?”