Short-circuiting Carbines procurement for Army, but why not Assault Rifles? 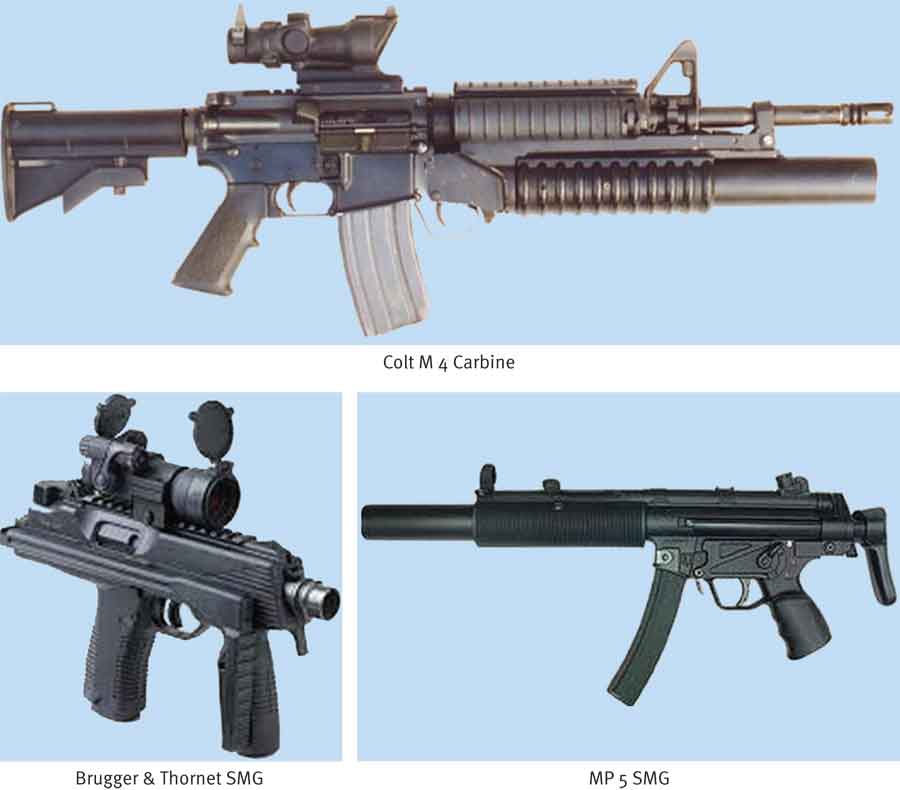 According to recent media reports, perturbed with the repeated failure to purchase 44,000 close quarter battle (CQB) carbines, crucial for counter-terrorism operations in Kashmir Valley, the Manohar Parrikar-led Ministry of Defence (MoD) will buy them directly instead of opting for the global tendering process. Media quoted an army officer involved in CI operations commenting on British-era carbines of the Army in saying, “These carbines were authorised to commanders of Ghatak Platoon, the army’s first line of offensive in anti-terrorist operations. But the weapons are no match for militants who use sophisticated automamtic weapons. In weapons and equipping, militants are multi-generation ahead of the army”. Isn’t it a shame for a nation of 1.2 billion people that after 69 years of Independence and fighting insurgencies and terrorism for decades, has its army so armed and equipped?

In weapons and equipping, militants are multi-generation ahead of the army. Isn’t it a shame for a nation…

Defence Minister Manohar Parrikar has reportedly decided to purchase 44,000 CQB carbines via direct route and cancel the tender process. The MoD has reportedly proposed an agreement under foreign military sales (FMS) with “a country” for buying 10,000 such carbines directly. The remaining lot (34,000) is to be manufactured in India with a production license to meet army’s requirements. According to a “top” MoD official, “With repeated failure to procure it (carbines) through the global tender process, the ministry has to go to for direct government-to-government sale for buying the weapon, which will speed up the acquisition process and will rule out allegations of corruption”.

In year 2008, the Army had issued a global tender to replace the 1944 vintage British-era carbines. The request for information (RFI) was sent to 28 companies, of which five had responded. After ‘eight’ years of deliberations and trials, the competition had narrowed down to an Italian and an Israeli carbine. But then allegations of corruption came in, followed by CBI inquiry and reports of some ‘tweaking’ of the qualitative requirement and what not. The fate of equipping of the Military has suffered over the decades with such unfortunate cycles that cease to stop, with complaints and allegations just before fielding of the weapon / equipment, coupled with bureaucratic skullduggery.

Immediately post the swearing in of the present government in May 2014, national dailies headlined read “PMO tells MoD, MHA: Get forces involved in policy”; elaborating that in an attempt to improve the working environment for the armed forces and other internal security outfits, the Prime Minister’s Office has directed the home and defence ministries to ensure that decisions, especially those relating to the uniformed forces, should be taken only after detailed consultations with their top officers. The news item elaborated that PMO strongly believed matters relating to the armed forces should not be decided by civilian bureaucrats sitting in North and South Block and that the military leadership should be involved more in decision-making. In the case of the abovementioned direct purchase of 10,000 carbines, is this decision not taken by the bureaucracy? It is doubtful whether the Army was even consulted in the above decision, otherwise it would have been mentioned by the media.

The decision by the MoD to cater for Army’s requirements of carbines can best be describes as patchy and adhoc. Why has it been delinked with the crying need for a state-of-the art assault rifle?

The “a country” bit doesn’t fool anyone because government-to-government FMS sales are only undertaken with the US. So which carbines are being directly purchased? Will there be any trials? What is the logic of importing 10,000 carbines, not all 44,000 as planned in 2008 considering that Army’s overall shortage of CQB carbines is over 1.6 lakhs? What is the time schedule of productionizing the balance 34,000 in India under license?  Would it not be better to import 44,000 carbines (cost being small), simultaneous to production facilities in India that would not only cater for bridging the balance CQB carbines requirement for the army, but also meet the needs of the central armed police forces (CAPF) that are involved in counter terrorism and counter insurgency rather than the CAPF going in for separate imports? How long will we as a nation continue to deal with equipping the security sector in compartmentalized manner, with avoidable wasteful expenditure and red tape?

The decision by the MoD to cater for Army’s requirements of carbines can best be describes as patchy and adhoc. Why has it been delinked with the crying need for a state-of-the art assault rifle?  In 1980, 17 x 5.56mm rifles from 11 countries were imported by MoD to equip three parachute commando battalions and three parachute battalions of the Parachute Brigade. Despite successful trials, the red tape and mafia blocked imports, resulting in these 17 weapons to DRDO who took 15 excruciating years to produce the 5.56 INSAS rifle that was nowhere close to top 10 assault rifles of the world. The IPKF went to Sri Lanka in 1987 armed with the unwieldy 7.62 SLR rifles battling the LTTE armed with AK 47 assault rifles. Eventually, Army had to import 1,00,000 AK 47 rifles (then costing only US$ 300 apiece) to give 100 per infantry battalion in the IPKF.

In 2011, another tender was floated for direct acquisition of 65,000 new generation assault rifles for the Army costing Rs 4,848 crores to equip 120 infantry battalions. Ordnance Factory Board (OFB) was to then manufacture over 1,13,000 such rifles through joint venture (JV) with the foreign vendor providing ToT. The rifle was to weigh around 3.5 kgs with advanced night-vision, holographic reflex sights, laser designators, detachable under-barrel grenade launchers etc. It is not that the type of assault rifle the Army sought were not available globally, but what caused the tender to be scrapped was the DRDO coming up with the ‘Improved 5.56 INSAS’ dubbed Excalibur, which had been under development past several years. However, since the Excalibur had only some cosmetic changes to the original INSAS, it too failed in the trials undertaken by the Army. Now the whole process for procuring an assault rifle for the Army has started once again.

…despite having a massive governmental defence-industrial complex, we cannot indigenously meet the small arms requirement of our military…

Ironically, 65,000 new generation rifles costing Rs 4,848 crores could have been imported in 2011-2012 to equip 120 infantry battalions, and DRDO-OFB would still have had the pie of producing over 1,13,000 such rifles through a JV under ‘Make in India’, but that was not to be. Army’s cutting edge at ground level includes 380 Infantry Battalions and 63 Rashtriya Rifles (RR) Battalions – some 4.8 lakh foot soldiers. Significantly, Army’s critical voids in small arms include: over two lakh new generation assault rifles; over 1.6 lakh close-quarter battle (CQB) carbines; over 1600 light machine guns, and; over 3,500 specialized sniper rifles.

So now, if the MoD is so very keen to short-circuit import of carbines for the Army for whatever inexplicable reasons, why not follow the same procure for procuring a new assault rifle as well? In fact, if the lightweight 3.5 kg new assault rifle is procured, there may be no need for separate carbine at all, an issue that could be discussed with the Army.

The overall concern of course remains that despite having a massive governmental defence-industrial complex, we cannot indigenously meet the small arms requirement of our military, para-military, central armed police forces and police forces.

2 thoughts on “Short-circuiting Carbines procurement for Army, but why not Assault Rifles?”