Interesting Times Ahead in Af-Pak Region 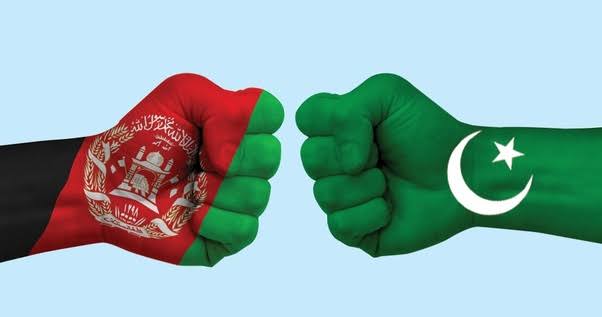 Developments in the terrorist-infested Af-Pak region are getting interesting by the day. Pakistan’s Prime Minister Imran Khan is thrilled because despite heading a namesake government subservient to the military he is invited by US President Joe Biden to the virtual Democracy Summit. At the same time, Imran is also sad that his boss-man Xi Jinping and jihadi-brother Erdogan are not on the show. Just the sight of these two would have gladdened Imran’s heart who has been having sleepless nights for multiple reasons including Nawaz Sharif coming repeatedly in his dreams.

A recent survey conducted by IPSOS Pakistan, specializing in global market research and public opinion, reveals that 87 percent of Pakistanis believe that the country is headed in the wrong direction. The reasons given are inflation, economic problems, rising prices and unemployment. According to IPSOS, there is an increase of 20 percent in the people who observed the financial condition as weak after June 2021. It is well known that Pakistan’s economy is down in the dumps, competing with Turkey seeking UAE’s help to remain afloat.

Imran has approved Rs 5 billion (US$ 2,85,95,939) as humanitarian aid to Afghanistan. It does not matter if the money is borrowed or not because the Taliban must be kept in good humour. Besides, some competition must be shown against the 50,000 MT of wheat as humanitarian aid from India to Afghanistan transiting through Pakistan; although pilfering some of it in transit through Pakistan-based terrorist should be possible.

Post surrender of the Pakistani administration to the Tehreek-i-Labbaik Pakistan (TLP), Fawad Chaudhry, Pakistan’s Information and Broadcasting Minister says that the Pakistani government and state are not fully prepared to deal with terrorism. He also says that extremism in the country originates from schools and colleges and not madrasas; an apparent attempt to please the mullahs lest they too breathe down his neck in addition to the military.

But behind adoption of hardcore Wahabi culture and including these teaching in madrasas, schools and colleges has always been the military – or rather ‘military jihad’ as may be gauged from the following:

“The promotion of militarism in Pakistan’s schools, colleges and universities has had a profound effect on young people. Militant jihad has become a part of the culture in college and university campuses, with armed groups inviting students for jihad in Kashmir and Afghanistan…. increasing numbers of mullahs are creating cults around themselves … It may yet be possible to roll back the Islamist laws and institutions …. To do this, political parties, government officials and, yes, even generals will have to embrace democracy, in both word and deed.” – Pervez Hoodbhoy of Quaid-e-Azam University, Islamabad wrote this in 2008.

“There are thousands of madrasas spread all over Pakistan that are producing millions of neo-drones…. Take a little boy, incarcerate him in a remote madrasa to indoctrinate him, teach him about the fanciful world that awaits him in heaven and that in order to attain that he has to destroy everything that stands in his way, including his own body. At full steam ahead this is a monstrous experiment in brainwashing on a par with if not worse than Nazi Germany’s eugenics.” – Article in the Daily Times of Pakistan on May 11, 2009.

Thousands of people have been protesting in Gwadar since November 15 against the government for unnecessary check posts, acute shortage of water and electricity and threats to livelihood from illegal fishing by Chinese trawlers. The sit-in protest at Y Chowk on Port Road in Gwadar has been organized by workers of  multiple political parties, civil rights activists, fishermen and concerned citizens, spearheaded by Maulana Hidayat-ur-Rehman.

Pakistani officials and the banned Tehreek-i-Taliban Pakistan (TTP) have rejected reports that more than 100 TTP prisoners were freed amid peace talks between the two sides in Afghanistan. So the one-month truce that began on November 9, 2021, remains fragile. The TTP will naturally decide on its new course of action after the 100 plus prisoners are released.

But now there is a new headache for Pakistan (and China) with reports of foot soldiers and some leaders of Taliban  calling for jihad against China for oppression of Uyghurs and other Muslims in Xinjiang, as also for blocking a Quran app in November 2021 that was in use by more than 25 million Muslims around the world. According to an Iraqi news website, these Taliban fighters “have joined” the Islamic State Khorasan Province (ISIS-K) to free Muslims from Chinese tyranny.

The Iraqi news has quoted a Taliban field commander Mohajer in Herat Province of Afghanistan who says, “As long as we do not use force to suppress the Chinese communist regime, this government will never stop committing atrocities against the country’s Muslim population.” These sentiments were reportedly also shared by most of the Taliban fighters who felt betrayed by their leaders.

According to a recent United Nations Global Compact (UNGC) report, “IS leaders are recruiting Taliban fighters who blame the Taliban for being silent on the Chinese oppressions on Uyghurs. IS has also recruited militants from Iraq, the Syrian Arab Republic and other conflict zones.” In addition, intelligence inputs indicate that many Taliban fighters have joined the ISIS-K, strengthening its positions in and around Kabul. Significantly, the Haqqanis have very close relations with the East Turkestan Islamic Movement (ETIM) and the Turkestan Islamic Party (TIP).

Over the past few years, various news reports of Chinese genocide in Xinjiang had covered activities like: incarceration of over one million Uyghur in Auschwitz-style concentration camps under the euphemism of “reorientation camps’; torture, killings and brainwashing of Uyghur and other Muslims; desecration and burning of Quran; banning prayers; demolition of mosques and constructing public toilets on the same piece of land; abduction and taking away of Uyghur girls – for marriage or prostitution, and; forcing married Uyghur women to sleep with Han Chinese.

Despite the above, Muslim countries like Pakistan, Turkey and Saudi Arabia claiming to be the champions of Islam had nothing to say against China. Therefore, the split in Taliban over China’s treatment of Uyghur and other Muslims was just waiting to happen – inevitable and a matter of time. How they will get even with China only time will show but Pakistan has many more reasons to worry now.

The Baloch Liberation Army (BLA) is consistently targeting the Pakistani establishment and the public anger over Chinese lording and the Pakistani establishment wagging its tail is coming to the fore at places like Gwadar, This will intensify Baloch resistance. As mentioned, the Pakistan-TTP truce is fragile but also many foreign fighters are joining the TTP who recently aired a video clip of an American fighter joining them. The ISIS-K is becoming stronger by the day with Taliban fighters joining up.

ISIS has already been targeting the Pakistani security establishment and their supporters. But if revenge is also to be taken against the Chinese regime, the beginning logically should be against Chinese nationals and assets in Afghanistan and Pakistan including the China-Pakistan Economic Corridor (CPEC). Imran Khan (or his successor) should therefore expect that Xi Jinping, already breathing down his neck, would next place his foot over his head.

Afghanistan is experiencing a collapsing economy, enormous human miseries with lack of everything including food, water, medicines, electricity and the like while bomb blasts and terror attacks continue in the cold winter. However, the Taliban is busy implementing their brand of hardcore ideology even as the ISIS is getting stronger and while the Taliban are splintering.