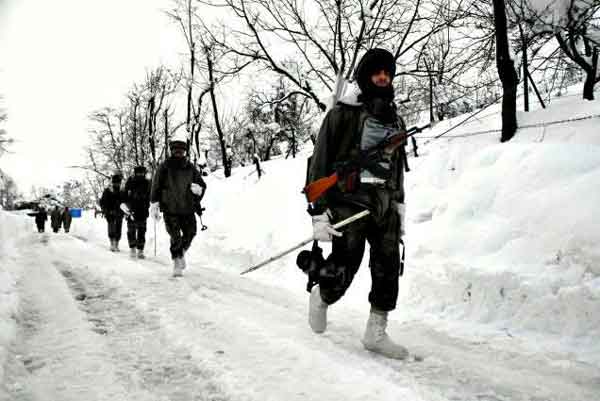 Jointness and integration of the Military is an inevitable requirement for the modern day battlefield. The biggest challenge to jointness is to bring about an attitudinal shift by turning the sense of insecurity and mutual suspicion into a sense of belongingness amongst the Services as well as the politico-bureaucratic establishment. The change will need to be implemented top down for it to take root and be effective. While there is urgent need to appoint a CDS, we should get on with initiating the process of establishing ITCs and IFCs in the larger interest of achieving jointness and integration.

Both the Kargil Review Committee and the follow-up Group of Ministers (GoM) had recommended the appointment of a Chief of Defence Staff (CDS), essential to synergise the Indian Armed Forces and provide single point military advice to the political authority of the country. The GoM report says, “The functioning of the Chiefs of Staff Committee (COSC) has, to date, revealed serious weaknesses in its ability to provide single point military advice to the government, and resolve substantive inter-Service doctrinal, planning, policy and operational issues adequately. This institution needs to be appropriately revamped to discharge its responsibilities efficiently and effectively including the facilitation of jointness and synergy among the three Services.”

As per news reports, the recommendation of the Naresh Chandra Committee for appointing a Permanent Chairman of the Chiefs of Staff Committee (COSC) itself is facing bureaucratic opposition from within the Ministry of Defence (MoD) albeit the Defence Minister has stated that the issue is yet to be discussed by the Cabinet Committee of Security (CCS). Incidentally, Pranab Mukherjee as Defence Minister had remarked during a presentation at Headquarters Integrated Defence Staff (IDS) in 2005 that the government had even decided who the CDS would be but then there was “no political consensus” adding in the same breath “but then there is no political consensus on so many things but they do come through”.

Lack of strategic forethought in the politico-bureaucratic dispensation in India and the higher defence set up sans participation by the Services in national defence decision-making has had direct bearing on integration and jointness of the military. Additionally, the latent political fear amongst the bureaucrats of military supremacy egged on by bureaucrats-turned-politicians, the police lobby, IPS turned politicians and the craving to maintain primacy by playing on Inter-Service rivalry and exercising overt control over financial expenditures, equipment acquisitions and appointments have not permitted institution of a CDS. But this is only half the story.

Equally to blame are the Service Chiefs who, to maintain their own turfs, have never been united in telling the government that the appointment of a CDS is necessary for the good of the military and the country. The Service Chiefs want to retain ‘operational’ control of their respective services despite their designation being Chief of Army/Navy/Air “Staff”. Then are instances where a Chief has even done a complete turnabout and made statements against the need of a CDS at the time of retirement for the sake of a Governorship, obviously playing along the politico-bureaucratic lobby that is against appointing a CDS. Equally painful has been the decision by the Service Chiefs in turning down the concept of Integrated Theatre Commands despite various joint studies highlighting the tremendous operational and administrative benefits that would accrue with such reorganisation – this again because of individual turfs.

The battlefield of tomorrow will be non-linear with multi-dimensional battle spaces characterised by nuclear ambiguity, increased lethality, a very high degree of mobility coupled with simultaneity of engagement and increased tempo of operations with compressed time and space coupled with a high degree of transparency. Given current dispensations in the sub-continent, the nuclear factor will further limit the depth and duration of conflict, which would be short and intense. This would necessitate swift and concerted response by the three Services coupled with quick decision making, the framework of which would already have to be in place with a joint command and control structure to direct the operations plus continued joint training and adequate rehearsals and exercises.

No further justification for military jointness and integration is warranted beyond Prime Minister Dr Manmohan Singh’s address to the Unified Commanders Conference in 2004, wherein he had said, “Reforms within the armed forces also involve recognition of the fact that our navy, air force and army can no longer function in compartments with exclusive chains of command and single Service operational plans.” History attests to the importance of being able to integrate the capabilities of different military forces. From ancient war-fighting techniques to Operation Desert Storm and beyond, success in war has been contingent on the common sense idea of jointness as seamless integration. In simple terms, jointness in non-traditional terms of military strategy and doctrine implies the response to the evolving nature of warfare.

Given the fact that the future Services have to operate jointly, even in smaller contingencies, jointness will enhance synergy of modern military forces. Complementary operations will be built around a key force rather than a key Service. It must be understood that no single weapon or force reaches its full potential unless employed with complementary capabilities of the other Services. Integration is the corollary to jointness. Integration is a concept which refers to improved procedures for combining the unique, specialised capabilities of different Services to enhance combat effectiveness.

Today we are confronted with many complex threats and challenges to security. The sources and types of conflicts for which joint planning must be carried out are becoming more diverse and less predictable even as our adversaries/potential adversaries continues to grow. The global security agenda has expanded in functional terms.

Yesterday’s peripheral challenges such as security of energy sources and the threat from mass migrations now compete with conventional threats. Such challenges in the security paradigm are changing the strategic terms in which military leaders must address long-term integrated joint planning so as to create defence capabilities that are relevant to emerging threats. Revolution in Military Affairs (RMA) is rapidly transforming traditional war-fighting concepts. It is aimed at achieving full spectrum dominance through effective employment of joint forces and is increasingly relevant to the Indian context. Future requirements of dominant manoeuvre, information dominance, focused and integrated logistics, all call for jointness.

The battlefield of tomorrow requires Effect Based Operations (EBOs). EBOs can best be progressed through application of all the instruments of the nation state. What this implies is that EBO can only succeed if all components of national power are brought to bear, which in turn means that Defence Forces must possess the capability for full spectrum joint operations and an integrated approach. It is also important to understand that this synergistic application of power is to be applied at all levels of warfare, be it tactical, operational or strategic.

Again, the economy of a nation dictates the size and reach of the Defence Forces. Efficient defence management calls for enhanced jointmanship that can contribute to optimum utilisation of the meagre resources by addressing in-built redundancies in the process of force organisation, equipping and establishing its support system. Besides, battlefield transparency is available today with technology increasingly enabling concerted employment of various weapon platforms of different Services to achieve a joint response for greater and more devastating effect.

Knowledge management needs to be addressed on a war footing, integrating our disparate intelligence gathering apparatus into a cohesive entity especially since EBOs require delineation of Centres of Gravity, vulnerable points and strategic targets, which all depends upon a great deal on intelligence. National security cannot be achieved without information superiority. This requires institutionalising joint mechanisms, free from wrangling of jurisdiction and turf protection. The bottom line is that in our approach to achieve jointness, our Defence Forces must be suitably integrated into the higher defence organisation of the country and they must be integrated within themselves so as to achieve the desired level of jointness. This requires political awareness towards future security requirements, national will and necessary drive from the very top.

The vast expanse of India requires identification of geographical theatres that are of military security concern. Conceptually, a theatre should include within its geographical boundary the entire geographically contiguous territory of a competing entity or an adversary including geographically contiguous territories of those entities or states which, in the event of hostilities, may collaborate either with the adversary or with own country. It must also include adjoining seas and space above that may be essential for manoeuvre of own forces to address the threatening entity/adversary and its geographically contiguous collaborator(s). This is an exercise which must be undertaken by the Indian strategists and military planners in order to arrive at a common politico-military-economic strategy for managing geo-strategic concerns of the country and designate a single multi-disciplinary and multi-service agency to formulate and implement a common “theatre strategy”. 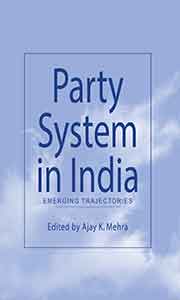 The three Services presently have 17 single Service Commands. In addition, there are two Tri-Service Commands in Andaman and Nicobar Command (ANC) and Strategic Forces Command (SFC). The 19 Commands have considerable duplication and need streamlining. The geographical zones of responsibilities of various Commands of the three Services have little commonality. In most cases, the command of one Service overlaps or is linked with two or more Commands of sister Services. None of the Commands are collocated leading to lack of coordination in intelligence sharing, planning and execution.