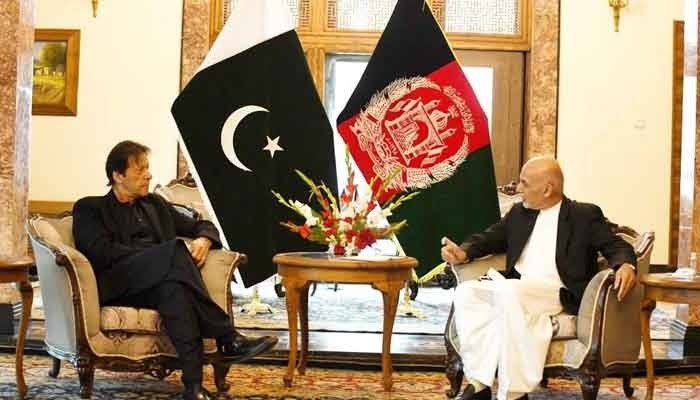 Pakistani Prime Minister Imran Khan visited Afghanistan recently and met Afghan President Ashraf Ghani on November 19.  Ghani called Imran’s visit historic though Afghanistan has been reeling under terrorist attacks over past decades courtesy Pakistan. Imran reportedly assured President Ghani that his government would do “everything possible” to reduce violence in the war torn country. Media says that Imran’s visit comes “at a time for Afghanistan as Kabul government negotiators and the Taliban are holding US-brokered negotiations in Qatar, where the Taliban maintain a political office to chart a course for a post-war Afghanistan”. But the intra-Afghan talks are in suspended animation because of heightened violence on account of large-scale terrorist attacks in Afghanistan and resumption of operations by the Afghan National Army against the Taliban.

Why would Imran, who became the prime minister of Pakistan on August 18, 2018, make his first visit to Afghanistan after two years now? The reason is pretty obvious – US President Donald Trump wants US troop strength in Afghanistan brought down to 2,500 hundred by January 15 next year. The benefits accruing from this to Pakistan may not have even occurred to ImranKhan who being in perpetual daze for reasons well known thinks Germany and Japan are Pakistan’s neighbours. But he was apparently ordered by Qamar Javed Bajwa, Pakistan’s army chief to make the trip as doing so himselfimmediately after Trump’s dictum would have been too obvious. Moreover, there may have been a signal from Beijing as well. Imran is also well suited to play the radical card – may have invited Ghani to join up with the Imran-Erdogan-Mahatir gang to establish a global Caliphate.

Ghani terming Imran’s visit “historic” may have been out of courtesy or knowing that US troops drawdown implies bigger handle with Pakistan to manipulate instability and terrorist attacks in Afghanistan. He has blamed Pakistan for terror attacks on numerous occasions in the past but hardly was in a position to tell Imran this time knowing the changing dynamics of the region. Imran, who assured Ghani that his government would do “everything possible” to reduce violence could well have added “if Afghanistan behaves, heeds to the diktats of Islamabad, and abides by Pakistan’s national interests”. Ghani’spredecessor President Hamid Karzai before demitting office had said that peace can only come to Afghanistan if the US and Pakistan wants it. The US will be largely out of the picture with the depleted troop strength and Pakistan will want peace in Afghanistan on its own terms.

In her article titled  ‘Explaining Pakistan’s Confidence’ dated December 10, 2014 published in War On The Rocks, Myra MacDonald, journalist and author specializing in South Asian politics, wrote, “When Lt-Gen Asad Durrani, a former head of Pakistan’s ISI agency, delivered a speech on Afghanistan in London last month, it was hard to miss the note of triumph. Afghanistan, he said, had already seen off two major world powers – the British Empire in the 19th century and the Soviet Union in the 20th. Now a third, the United States, was heading for the exit. For anyone who believes Pakistan’s aim in Afghanistan all along has been to turn the clock back to Sept 10, 2001 – when it exercised its influence over the country through its Taliban allies – it could almost have been a victory speech.”

What would be the likely situation in Afghanistan after the US drawdown? In the session on ‘Regional Security Architecture: Principles: Roadmap’ during the 5th edition of Heart Security Dialogue held in Afghanistan on October 15, 2016, a presentation by this Author, included a quote from former Pakistani army officer and defense analyst Agha H Amin who stated,   “Utopians in India are jubilant that Pakistan has made peace with India. Nothing in reality can be farther from the truth. …..The real picture of true intentions of the Pakistani military will emerge when the US withdraws from Afghanistan. This will be the time when the Russians, Iranians and Indians will have no choice but to support the Northern Alliance against Pakistan sponsored Taliban who regard all Shias, Ismailis, non-Pashtuns, moderate Pashtuns as infidels who deserve to be massacred… There is no doubt that Pakistan will be a semi autonomous Chinese province by 2030 or so… Pakistani Baluchistan by 2030 would be a completely Chinese run show”. A Pakistani delegation that included military officers was present.

Pakistan has been sucked more into China’s grip since then. Links of the Pakistani army with the Taliban have been widely known since the US invaded Afghanistan in 2001 and on Pakistan’s request permitted air evacuation of elements of regular Pakistani army and Taliban fighting together from Kundus and Khost back to Pakistan. It may be argued that China would not want instability in Afghanistan since it eyes the 1-3 trillion dollar mineral wealth of Afghanistan, and has Taliban on its side that are likely to dominate the future political scene in Afghanistan through the barrel of the gun. But then China and Pakistan are both after the mineral wealth of Balochistanand despite the combined genocide against Balochis, violence has been going up in that region. Taliban may not turn completely against Beijing but factions within the Taliban would vie for control of regions richer in minerals. Besides, would tribal chiefs who wield power because of decades of fighting, blood and gore settle down to non-violent peaceful life?

Afghanistan has the ethnic divide not only between the Pashtun and non-Pashtun but also targeted killings of Shias by the Sunni terrorist organizations – primarily the Taliban, the HaqqaniNetwork and the Islamic State of Khorasn (ISKP); all linked and supported by Pakistan’s ISI. In addition are other Pakistani terrorist groups like the Lashkar-e-Taiba (LeT) and Jaish–i-Mohammed (JeM) as confirmed in reports by the United Nations Assistance Mission Afghanistan (UNAMA) plus Pakistani regulars inside Afghanistan.

Because of successive economic sanctions, the US has forced Russia closer to China and its relationship with Pakistan is getting better as well. Russia certainly is not happy with China’s increasing influence in Central Asia. In May 2020, Chinese websites claimed Kyrgyzstan and Kazakhstan were part of China and that under the Khan Dynasty, 510,000 square km of Kyrgyzstan, which means the entire country was part of Chinese lands but the Russian empire took over the territory. It would be interesting to note Russian reaction to China sucking Afghanistan into its strategic sphere after the US drawdown, given the Chinese plans to extend the CPEC into Afghanistan further linking it into Central Asia. Pakistan has already offered Afghan traders use of Gwadar Port. As for Iran, it may suffer increased pressure through its borders with Pakistan, Afghanistan and Iraq from Sunni terrorists but it has the capacity to retaliate and growing ties with China may play to Iran’s advantage in this context.

One thought on “Imran Khan’s Visit to Afghanistan”