The Mumbai Carnage, wherein a dozen terrorists, held an entire country to ransom for three days, is unprecedented and unusual, not only for India but for the entire world community. For close to three days the terrorists held centrestage against the might of the Indian state, resorting to cold, calculated, calibrated and prolonged mayhem, the like of which has no parallel in terms of the longevity and brutality of terror.

The subcontinental norm has been a series of explosions undertaken simultaneously by radical Islamic terrorist organsisations reared by Pakistan’s  notorious ‘ISI’ often referred to as ‘a state within a state’, aiming to kill masses of people, in line with the  doctrine of ‘bleeding India with a thousand cuts’. But, this was an all-out offensive, with clear military hallmarks. The NSG and Marine Commandos who battled the terrorists have affirmed that ‘it was like fighting regular soldiers whose training was not unlike their own’. 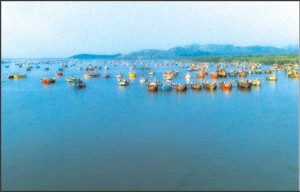 US intelligence agencies rate the Mumbai attack as being more sophisticated and logistically complex than even 9/11.

So, what were the objectives behind 26/11 and what led the ‘masterminds’ of the attack to so rapidly raise the bar and the stakes in this so called ‘Jihad’, knowing fully well that the response to an attack of this magnitude would be entirely different from the ones elicited by the periodic ‘serial blasts’ that punctuate the country in a routine manner. The planners knew only too well that it will invite the wrath of the complete world community as never before.

Two immediate answers provided in the aftermath of the Mumbai carnage has been that the Taliban and its affiliate militant groups wanted to take the ‘focus’ away from Afghanistan-Pakistan, the epicentre of US led Global War On Terrorism (GWOT) and earn a reprieve for itself  in order to regroup before a surge in American troop levels by early spring of 2009, when President Obama prepares to adopt a more aggressive policy towards the militant sanctuaries in the tribal areas of North-West Pakistan. The aim, therefore was to raise tensions between India and Pakistan so that the Pakistan Army re-deploys its nearly one lakh troops back to the eastern border, hence enabling them to strengthen themselves in the North-West and also southern Afghanistan. And, of course, Pakistan was increasingly getting wary of India’s expanding influence in Afghanistan and with the Indo-US nuclear deal, perceived a consort of nations including India and the United States ‘encircling’ it and eventually breaking the country by dividing NWFP and FATA.

But, the second and the obvious aim was to bring back focus on the Kashmir issue, as was evident by Pakistan and even China’s assertions at the UN Security Council meet (called to approve the ban on the Jammat-ud-Dawa) on the need to address the ‘root cause’ of the problem, i.e. ‘insurgency in Kashmir.’

The reasons for the outbreak of insurgency in the historically restive North West Frontier and the tribal agency, and Pakistan itself becoming ‘a victim of terrorism’ is too well known to be dwelt upon here. That the CIA and Pakistan created the Taliban which has now turned upon its own masters is also well known.

Pakistan calibrated the level of infiltration and violence as per internal and international situation, so as to maintain deniability, while endeavouring to keep the number of militants at an optimum level.

But in the present context it seems that more than the Tehreek-e-Taliban, it is the Pakistan Army which is  eager to get out of the imbroglio in NWFP and FATA where it  has received a ‘bloody nose’ in its ‘war against terror’, with more than a thousand of its soldiers dying there in the year 2008, itself.

This was perhaps for the first time that the Pakistan Army which had perfected the art of ‘proxy war’ got a taste of its own patented medicine.

So, was 26/11 a clever orchestration of the ‘larger than the state institution’ that is, the Pakistan Army to find for itself a saving grace to get out of the western borders by riding a wave of nationalism and jingoism  against traditional rival India with the ultimate aim of ridding itself of all its domestic travails?

The post attack war hysteria in Pakistan has indeed united not only the people of Pakistan who have reposed faith in its fledgling state machinery and retrieved the battered image of the Pakistan Army,  but has also found the support of the Pakistani Taliban, responsible for innumerable suicide bombings across Pakistan, including the assassination of Benazir Bhutto and the Marriot Hotel attack. The Tehreek-e-Taliban commander Baitullah Mehsood had declared that his ‘suicide bombers’ are ready to defend the only Islamic nation with known nuclear capabilities from a ‘common enemy’. 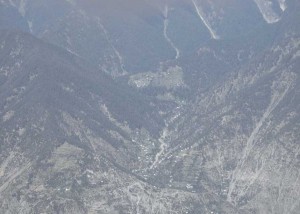 So, were the GPS, satellite-phone and other materials with Pakistani markings deliberately left behind on the fishing trawler Kuber? Could the well trained terrorists who found  their way around in South Mumbai by just looking at the satellite images commit such a basic mistake? And could  the LeT handlers continue giving instructions during the siege over mobile and satellite phones knowing fully well that the source of the calls would be ultimately traced back, notwithstanding the sophisticated routers they used by linking the calls via Europe, UAE and USA?Nevertheless, all this and the trove of other electronic, signals intercepts and other evidence provided by the lone terrorist to be captured alive — Ajmal Amir Kasab have well established the link with what India’s External affairs minister Pranab Mukherjee calls ‘para-state actors’ in Pakistan.

Or, are these signs of desperation? Is the Jihadi war machinery showing signs of decay, failure and inability?