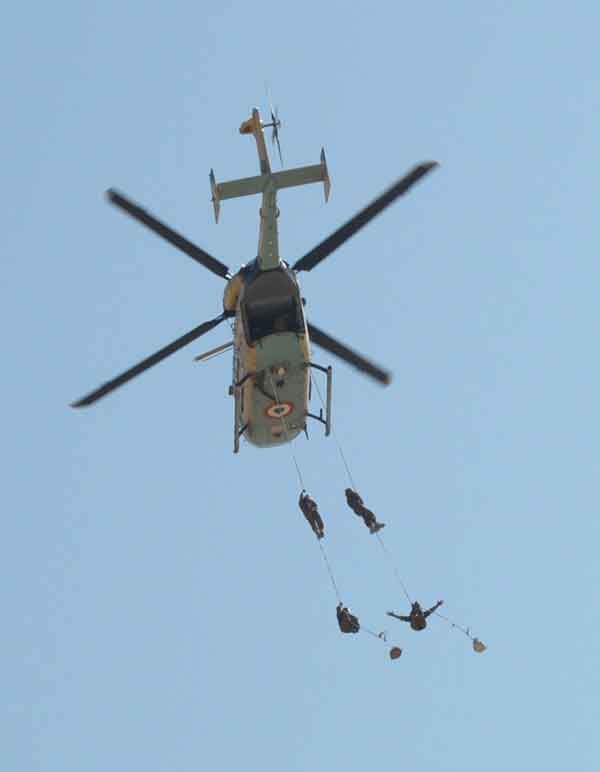 Stie from the Sky

If there was indeed no difference between the two, why would the US maintain 82 and 101 Airborne Divisions separate from the US Special Operations Command (SOCOM)?

Though this is a game going on for long to somehow get hold of the Special Forces Allowance and the special qualification badge for all airborne forces, the perception building campaign has been accelerated of late perceiving establishment of the Special Operations Command in the near future. So you find views being expressed that the role, tasks and organizations of airborne and Special Forces are by and large the same, and need to be reviewed.

Special operations are “special” or unconventional and carried out by dedicated Special Forces units using unconventional methods and resources at the operational and strategic levels, performed independently of or in conjunction with conventional military operations. The primary goal is to achieve a political or military objective where a conventional force requirement does not exist or might adversely affect the overall strategic outcome. Such operations are usually conducted in a low-profile manner that aims to achieve the advantages of speed, surprise, and violence of action against an unsuspecting target.

…the two cannot be equated. Sure the airborne units are to be airdropped behind enemy lines but once dropped their role is akin to any air-landed infantry battalion – holding ground till link up is established.

The reason is pretty simple – the two cannot be equated. Sure the airborne units are to be airdropped behind enemy lines but once dropped their role is akin to any air-landed infantry battalion – holding ground till link up is established.

During the course of a presentation on 22 April 2002, Lt Gen RK Nanavatty, Northen Army Commander who himself had headed the Commando Cell in Military operations as a Brigadier, had remarked, “I find the vision blurring in certain quarters on the Issue of Para and Para (SF). I am very clear that a Parachute Battalion is simply an Infantry Battalion in airborne role and has nothing in common with a Special Forces Battalion. The Special Forces are not a game of numbers and I for one am against their expansion of any sorts. We must consolidate and modernize our existing Special Forces resources.

As regards the Parachute Brigade, I view them as a RRF to be used within and outside the country.” Interestingly, the presentation was made by the Para Brigade Commander (recommending converting the entire Parachute Regiment to Special Forces role) on behest of the then Colonel of the Parachute Regiment. Again with respect to Army’s Special Forces, a two star General from Army’s Perspective Planning Directorate too had noted way back in 1999, “By their very nomenclature, the Parachute (Special Forces) battalions are unique. Therefore, there is a need to de-link and distinguish them from other similar organizations.

While some of the tasks that they may perform may be similar to those of regular infantry / parachute battalions, the similarity ends here. Unless this uniqueness is accepted and enforced in all aspects of organization, equipment, training and administration of these units, they may not achieve their potential”. 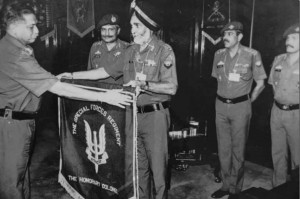 The result was that weapons and equipment meant for Special Forces started getting shared with normal parachute battalions.

Call it by design or default, Para officers were posted to appointments in various directorates that controlled the training, equipping, manning and postings of Special Forces units. The result was that weapons and equipment meant for Special Forces started getting shared with normal parachute battalions. Foreign Special Forces coming for joint training to India with Special Forces too were largely directed to the Parachute Brigade on pretext of secrecy. In one case troops from parachute units, not Special Forces, went to train with Spetsnaz in Russia – all this to build a case there is no difference between airborne and Special Forces !

Our airborne forces should focus on streamlining their operations rather than concentrating on equating themselves with Special Forces.

The British Airborne Forces did a splendid job in Falklands. They are not claiming to be equated with Special Forces.

Our airborne forces should focus on streamlining their operations rather than concentrating on equating themselves with Special Forces. Lt Gen US Lidder as CISC and Colonel of the Parachute Regiment had recommended to General Deepak Kapoor, then COAS, that the Deputy Directorate General of Special Forces in Military Operations be upgraded to Additional Directorate General and brought directly under the VCOAS, with all issues of manning, equipping, training and postings controlled by the ADG (SF). While the upgrade did take place, everything else remained same because the DGMO felt that his turf was being encroached upon, which is highly stupid because in all armies, the Special Forces are directly under the highest military authority?

The Army, in particular the Vice Chief must look at this aspect seriously since we have gone ahead and expanded to nine Special Forces battalions, with the tenth one on the anvil.