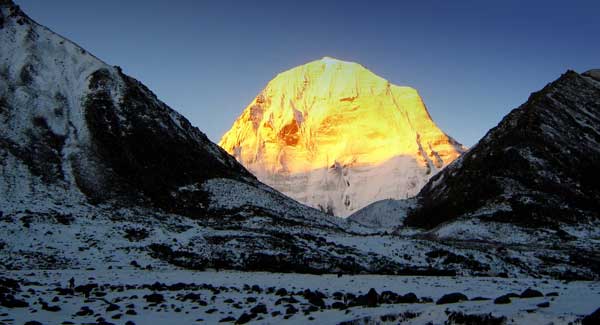 When the rabid Chinese media says that India “needs to be taught the rules”, it must be understood that: total Chinese media services the Chinese Communist Party (CPC) – stenographers of the CPC; every journalist must be member of the All China Journalist Association (ACJA); ACJA runs periodic ‘indoctrination’ capsules for all journalists new or old – attendance to which is compulsory; and any journalist who does not toe the party line is subject to punishments ranging from financial to suspension, imprisonment or put away permanently depending upon the degree of default.

The CPC, same as the military, follows the policy of ambiguity, deceit and deception, where information warfare and perception building is played to the hilt. In February 2016, President Xi Jinping had directed, “All news media run by the Party must work to speak for the Party’s will and its propositions and protect the Party’s authority and unity”. But the joke is that there is no media in China that does not work for the CPC. Xi has overseen a drive to place the CPC at the centre of China’s media, academia and charities, while reining in news organizations and research bodies and detaining rights lawyers. 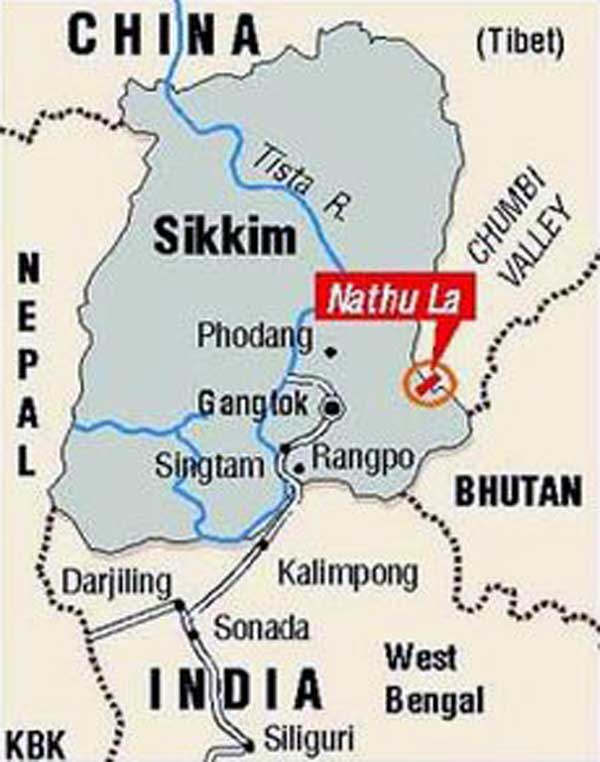 China first stopped Indian pilgrims going to Kailash-Mansarovar at Nathu La stating that the route was disrupted because of landslides enroute, which was an obvious lie because Chinese media had not reported any landslide at that point of time in the region. Perhaps the CPC also failed to showcase a fake clip of the purported landslide. Later, Chinese media did report a landslide in Sichuan Province on 24-25 June with estimates of hundreds killed and missing but that was much after the pilgrimage had been stopped by the Chinese at Nathu La. Incidentally, Chinese journalists who had reached the site of the Sichuan landslide were recalled in the night by their editors who had received orders from the publicity department to stop reporting on the event.

Reuters quoted a journalist from an official party newspaper in saying, “Gone are the days of being able to freely report on natural disasters.” All of the Chinese journalists Reuters spoke to about the Sichaun landslide confirmed the same, asking not to be named for fear of losing their jobs.

The route via Nathu La for the Kailash-Mansarovar pilgrimage through China Occupied Tibet (CoT) was agreed to by Chinese President Xi Jinping during the visit of Prime Minister Narendra Modi to China when an agreement between the two countries was signed on 18 September 2014. China stopped the pilgrims at Nathu La under pretext a purported landslide but later cancelled movement of pilgrims along this route altogether which is breach of agreement between the two countries.

But the real reason for breaching the agreement lies elsewhere, as should be apparent from the video clip gone viral of the scuffle between Indian soldiers and PLA troops trying to crossover from CoT. The actual aim of China is to capture the Doklam Plateau, which is private property of the King of Bhutan. For past decades, PLA troops have many times forced themselves onto the post of the Royal Bhutan Army (RBA), staying put for an hour or so, and telling RBA troops to vacate the plateau, claiming it as Chinese territory.

The mere fact that a big country like China is indulging in such antics against a peaceful country like Bhutan that gives prominence to the happiness index of its citizens, shows how low-grade gutter-like thinking and acts the CPC and the PLA indulge in. It should be matter of great shame for China that Bhutan has had to issue a demarche to China on the issue asking Beijing to restore status quo in the Doklam area where PLA soldiers tried to unilaterally build a road towards its Army camp in Zomplri area. The demarche, a formal statement, was served through the Chinese embassy in Delhi on June 20 since Bhutan and China do not have diplomatic relations.

Major General Vetsop Namgyel, Ambassador of Bhutan to India, told the media, “The PLA (Peoples Liberation Army) started motorable road construction in the Doklam area towards Bhutanese Army camp at Zomphlri. We are in boundary resolution talks with China and have written agreements that pending final boundary settlement, peace and tranquility be maintained along the boundary and both sides refrain from unilaterally altering the status on ground. Bhutan has conveyed to China that road construction is not keeping with the agreements between two countries. We have asked China to stop road constructions and refrain from changing the status quo. 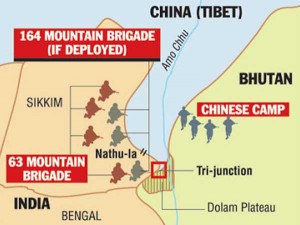 Doklam area is near the tri-junction is part of the boundary talks between Bhutan and China.” The Doklam Plateau is at the junction of India, Bhutan and CoT. China wants to capture Doklam Plateau because it overlooks the Chinese post in Chumbi Valley of CoT, but most importantly, it also is a high ground overlooking the Siliguri Corridor.  China’s occupation of Doklam Plateau will turn the flanks of Indian posts in Sikkim, making them highly vulnerable which cannot be accepted by India.

When Indian troops strongly objected to the move, PLA soldiers destroyed two Indian bunkers in retaliation near the Lalten post and then closed the pilgrimage route altogether from. The standoff reportedly is continuing in the area. China accuses India for transgression but this is only to parry her own transgression. But the problem with the CPC now is that having built such an aura of invincibility, it will find it difficult to retract.

Chinese citizens watching Salman Khan’s ‘Tubelight’ may feel happy the PLA can overrun Indian posts anywhere, but they would not know that: even in 1962, it took the sacrifice of 5-6000 PLA troops to overrun Rezang La held by mere 3-400 Indian soldiers; the Nathu La incident of 1967 where PLA troops were forced to vacate their posts for three days, scurrying like rats abandoning the sinking ship; the Indian response to Chinese intrusion in Sumdorog Chu in 1986 where they had also built a helipad, to name few. In 1979, China under Den Xiaoping attacked Vietnam to “teach them a lesson” but learnt a lesson instead and the PLA returned with their tails tucked between their legs. Interestingly, during the invasion of Vietnam, Xi Jinping was a secretary in the Chinese Ministry of Defence.

Interestingly, during the Sumdorog Chu incident too Deng Xiaoping had threatened to “teach India a lesson” – typical of a diminutive primary school teacher. Now Chinese media (read Xi Jinping) is threatening that India “needs to be taught the rules”. So the standoff is likely to continue especially when Xi’s mad rush to realize the China Dream ‘tomorrow’ is facing glitches, that are likely to multiply. His plans for bullying India into joining CPEC have gone awry.

To start with, the CPC was stupid in hoping India would do so when India’s strategic, security and territorial concerns have been bypassed completely. Now the US has designated Syed Salahuddin as a global terrorist, for the first time exposing Hizb-ul Mujahideen terrorizing J&K.  China can add Salahuddin to Masood Azhar for veto at UN against designation of terrorist but Salahuddin and the HuM stand disrobed. Also, links or no links with terrorist organizations, it is only a matter of time before the blowback hits China.

A cross-section of scholars believes that in order to signal the US, China may attack American allies and partners. There is merit in the viewpoint and India should be ready for more incidents but what China must understand is that the success of OBOR and China’s concurrent plans for the Yuan replacing the Dollar high geopolitical stakes; and the response will be hybrid. As for the need for India to be taught the rules, there sure is merit in this threat-cum-advice. As someone pointed out on social media, India cannot stop Chinese products coming into India because of WTO, but Indian public certainly have the choice not to buy Chinese products.