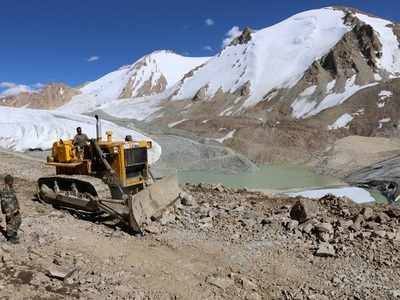 News reports of December 8, 2021, have stated that the Border Roads Organization (BRO) is to start collecting toll tax from civilians plying on four roads built by it in Ladakh. The report further states that eventually BRO plans to collect toll tax from civilians on all the roads built by it across the board, especially in the Himalayan states bordering China and Pakistan. To start with, the four roads in Ladakh chosen for toll tax collection total a distance of 942 km.

The BRO has reportedly written a letter to Ladakh’s transport secretary Saugat Biswas seeking the administration’s clearance to set up six toll plazas on the identified routes with the aim of generating revenue. This move has been opposed by the Kargil Hill Council chief Feroze Khan and social activist Sajjad Kargili, seeking  consultations with the population before allowing  toll tax collection.

The six toll plazas planned to be established are as under:

The BRO being directly under the Ministry of Defence (MoD), it is not known what has prompted the above move. Has this idea sprouted from within the BRO or is it the brainwave of a bureaucrat of the MoD who at best would have visited Ladakh as a tourist to Leh and Pangong Tso. But according to an inside source, the move is on behalf of the MoD.

Opposition to the above move by Feroze Khan and Sajjad Kargili may create the impression that only Kargil district, which became part of the Union Territory (UT) of Ladakh on October 31, 2019, on establishment of this new UT are against it and rest of Ladakh is quite happy. But this would be wrong because Ladakhis by nature are happy go lucky folks, which does not mean that they do not understand what is good, bad or not so good. Neither Saugat Biswas, nor the bureaucrats sitting in MoD can understand this including how fiercely nationalistic Ladakhis have been. Proof of the latter is the bloody nose given to Pakistani invaders led by British officers of Pakistani army post independence by the Nubra Guards headed by Colonel Chewang Rinchen who eventually won a Mahavir Chakra twice as also a Sena Medal.

Subsequently, as Pakistan-sponsored terrorism flourished in Jammu and Kashmir (J&K) and Centre poured funds into that state, the state government gave Ladakh worse than any step-motherly treatment, depriving them of finances that denied even basic development. Ladakhis used to say had they also picked up the gun, the Centre would look after them better; but never did resort to violence. All that they kept demanding was direct allotment of funds by the Centre, which eventually has been resolved by making Ladakh a UT. However, facts in succeeding paragraphs need to be taken into consideration.

The BRO roads in Ladakh do serve the tourism industry in the period June-September but are the lifeline for the locals, in addition to providing accessibility to the security forces and movement of defence equipment. Once the Zoji La tunnel is through, accessibility will improve on the Srinagar-Leh highway but this will be used more by the forces due with the heavy snowfall and the requirements of perpetual snow-clearance, denuding tourists plying on these roads during the period October-May.

The Srinagar-Leh road was declared a ‘National Highway’ many years back. The maintenance of this road, therefore, should be the responsibility of the National Highway Authority of India (NHAI). Even if the BRO is being used for its maintenance, funds for this should be provided to the BRO by the NHAI. Moreover, the road via Shinku La connecting Darcha in Himachal Pradesh with the Srinagar-Leh national highway near Nimmu is in a highly rudimentary state. Bureaucrats of MoD should be made to travel on this (as Defence Minister George Fernades would have done) before planning toll plazas on it.

Collection of toll tax on above BRO roads in Ladakh perhaps has been chosen by MoD because they found it the easiest. Doing such a pilot project along BRO roads in J&K would have resulted in such toll plazas becoming ideal targets for terrorist attacks. Why J&K alone, if toll plazas are established on the BRO roads in Nagaland,  not only will these plazas be burned, the personnel manning them will be chopped to pieces by Naga insurgents unless they pay hefty sums to the insurgents as ‘protection money’ – perhaps many times the revenue they would collect.

In his article ‘Observations during visit to Nagaland and Implications’ published in eSamskriti on December 8, 2021, Sanjeev Nayyar has quoted an unnamed source recently telling him, “Nagaland insurgency is based on collection of revenue. It is no longer ideological. They have their own government so can’t say we are being ruled. The revenue collected by the terrorist is more than Rs 10,000 crores so one can understand why it is continuing.”

Additional revenue collection no doubt is good but why is toll tax collection planned in Ladakh when the GDP is stable, future growth looking up and why in Ladakh to start with? Why not start with Kashmir Valley if our claims to having ushered in normalcy are good? Why not in Nagaland if the politicians and administration are not in league with the Naga insurgents? Why give a fate accompli to Ladakhis who are highly nationalistic despite large grazing areas of locals having been denied to them because Chinese aggression in Eastern Ladakh last year? Why do we want to antagonize locals in border areas when thousands of crores of rupees are being announced in various schemes periodically to increase the vote banks?

Do we need to antagonize the population of border areas and the Ladakhis in particular when such a scheme will not work in places like the Kashmir Valley and Nagaland? If at all the bureaucracy remains adamant then the toll tax collection should only be on the Srinagar-Leh National Highway, not other BRO roads and Ladakh and the tax should be applicable only for non-Ladakhis, not for Ladakhis and the toll plazas should be manned by the NHAI, not the BRO. The Centre would do well to review these issues.