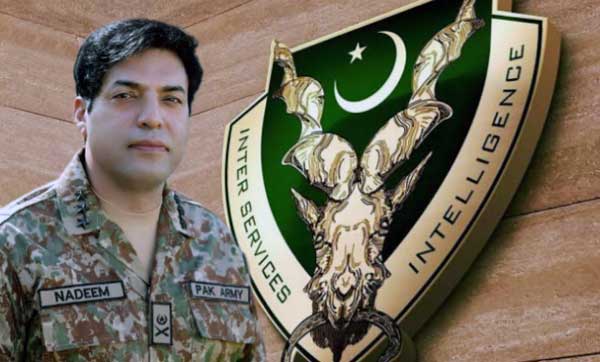 It is not unusual for Pakistan to draw attention away from the turmoil within by stoking fires in India. Imran Khan is blaming America for his removal and is calling for fresh elections. The economy is in a poor state. There is tension between Taliban and Pakistan; Taliban blames Pakistan for attempts to fence the Durand Line and attacks in Afghanistan while Pakistan blames Taliban for sheltering terrorist. The Tehreek-i-Taliban Pakistan (TTP) and the Baloch Liberation Army (BLA) continue to attack the Pakistani establishment and the TTP now controls considerable territory in Waziristan.

The pattern of recent terrorist acts in India indicates that Anjum Nadeem, the new Director General of ISI is working on a template of terror attacks across India and promoting Sikh separatism.

The Pakistani army has also been orchestrating terror attacks in India whenever a Pakistani delegation is to visit India or is in India. India is hosting an anti-terrorism exercise for members of the Shanghai Cooperation Organization (SCO) under the aegis of the SCO Regional Anti-Terrorist Structure (RATS), in which Pakistan will be participating. This is nothing exceptional as India also participated in a similar exercise in Pakistan last year.

But the pattern of recent terrorist acts in India indicates that Anjum Nadeem, the new Director General of Inter-Services Intelligence (ISI) of Pakistan is working on a template of terror attacks across India and promoting Sikh separatism. The Sikhs For Justice (SFJ) established an office in Karachi and the ISI had linked the organization with Chinese intelligence, concurrent to opening of the Kartarpur Corridor in November 2019. Intelligence inputs indicate that the ISI is forming a new terror group ‘Lashkar-e-Khalsa’ (LeK) and a Pakistani Intelligence operative using pseudonym ‘Amar Khalistani’ is active to cultivate new recruits through a Facebook ID for planning terrorist activities in India.

The ISI has revived its Kashmir-Khalistan (K2) desk to bring pro-Khalistan supporters and Kashmiri anti-India supporters under a common umbrella. Given the close links of ISI with the CIA and MI6, it is possible they, as also Canadian intelligence, support Anjum in pushing the Khalistan agenda. Last month on April 29, the General Assembly of the State of Connecticut, USA, gave a call for celebrating the Sikh Independence Day. Anjum has reportedly asked Khalistani leaders in Lahore including Ranjit Singh Neeta and Wadhawa Singh Babbar to organize Punjab-based gangsters for weapons distribution in India.

In Johar Town, Lahore, located presently is an individual named  ‘Rinda’, ab associate of Wadhawa Singh, who is working on behalf of the ISI. The ISI wants Wadhawa Singh Babbar and Rinda to carry out major blasts with RDX in India, kill local leaders to create panic, and exploit opportunities to foment Hindu-Sikh and Hindu-Muslim tensions. This was learnt from the interrogation of four Punjab-based terror suspects caught in Karnal (Haryana) on May 5.

The modus operandi of the ISI is to deliver arms and explosives through drones, mainly in the Ferozepur area and communicate to their associates in India where these are required to be delivered.

These four terror suspects (three from Ferozepur and one from Ludhiana) were travelling in a SUV on their way to Adilabad in Telangana to deliver a consignment of explosives. Other than arms, they were in possession of three iron containers, each weighing 2.5 kg packed with explosives, a timer, a detonator and power pack. Police also seized their mobile phones and Rupees 1.3 lakh in cash. . Rinda had shared the location of Adilabad through an app found on one of the seized phones. The modus operandi of the ISI is to deliver arms and explosives through drones, mainly in the Ferozepur area and communicate to their associates in India where these are required to be delivered.

On May 8, Khalistan flags were found tied to the gate of the Himachal Pradesh Legislative Assembly in Dharamsala. Slogans of ‘Khalistan Zindabad’ painted on the walls. Next day a rocket propelled grenade (RPG) was fired at the intelligence headquarters of Punjab Police in Mohali but there was no damage. The CCTV footage showed the RPG fired from a moving car. In an audio message on May 10, Gurpatwant Singh Pannun, self-styled SFJ leader, warned the Chief Minister of Himachal Pradesh of violence if he took any action against Khalistani flags. He also said a referendum date for Khalistan in Himachal Pradesh will be announced from Paonta Sahib in June on the ’38th anniversary of Operation ‘Blue Star’.

In J&K on May 5, the Border Security Force (BSF) discovered a 150-metre long cross-border tunnel with   oxygen supplied through 265-foot long pipes, in Samba Sector of Jammu division. This was the fifth cross-border tunnel detected in 18 months. The tunnel was possibly used by two Pashtun terrorists killed in an encounter in Sunjuwan area in April.

Next day, security forces killed three terrorists including 57-year old Mohammad Ashraf Khan alias ‘Ashraf Molvi’, a top Hizbul Mujahideen (HM) commander in the forests of Srichand Top in Pahalgam (J&K), close to the Amarnath Yatra route. The other two terrorists identified as Mohammad Rafiq Drangay and Roshan Zameer Tantray also belonged to the Pakistan-backed HM. Molvi, last surviving member of the Burhan Wani group, was involved in the murder of four men between 2017 and January 2022, and had ordered the killing of Sarpanch Ghulam Rasool Dar and his wife Jawahara Begum in Anantnag in August 2021.

We may feel happy killing X number of terrorists but Pakistan has an inexhaustible supply.

On May 8, two terrorists were killed in Cheyan area of Devsar in South Kashmir’s Kulgam District. These included Haider, Lashkar-e-Taiba (LeT) commander from Pakistan carrying arms and a LeT identity card. The other was a hybrid terrorist, Shabaz Shah from Kulgam.  On May 12, Rahul Bhat, a Kashmiri Pandit and an employee of the revenue department in Budgam district of Jammu was shot at by terrorists in his office. He was taken to the hospital but succumbed to his injuries. The Kashmir Tigers, an offshoot of the Pakistan-based Jaish-e-Mohammad (JeM), claimed responsibility for the attack.

All three terrorists involved in the shooting of Rahul Bhat were gunned down next day in a combined operation of the Army and police. They were identified as Faisal alias Sikandar and Abu Ukasa (both Pakistanis) and Latif alias Osama – hybrid. The trio were involved in the killing of three policemen in Bandipora in February 2022.l

Addressing a press conference on January 12, 2022, then Army Chief General MM Naravane had said that 350-400 terrorists were in terror launch pads and training facilities across the Line of Control (LoC), and there were repeated infiltration attempts by terrorists. With Anjum now heading the ISI, Pakistani and Pakistan-supported terror attacks are likely to increase. We may feel happy killing X number of terrorists but Pakistan has an inexhaustible supply.

Another significant development is that Pakistan-backed terrorists operating in the Kashmir Valley have started using steel core armour piercing bullets and Canadian night sights left behind by US-NATO troops in Afghanistan. Use of steel core bullets by terrorists requires that all security forces have level-4 bullet proof jackets, which may take time.

There is likelihood of more and more US-NATO armament abandoned in Afghanistan being used against India – by outfitting terrorists or otherwise. Whatever the differences between the Taliban and Pakistan, it was Anjum Nadeem who oversaw the Taliban attack against the National Resistance Front of Afghanistan (NRFA) in Panjshir after the Taliban took control of Kabul; an operation in which drones of the . Pakistan air force (PAF) and Pakistani Special Forces were employed. Hence, Anjum would be retaining his links with Taliban and the latter may also be consulting him with reports of the ongoing split within the Taliban.