Home  >  Spotlights  > Geopolitics  >  US Perceptions of the World

US Perceptions of the World 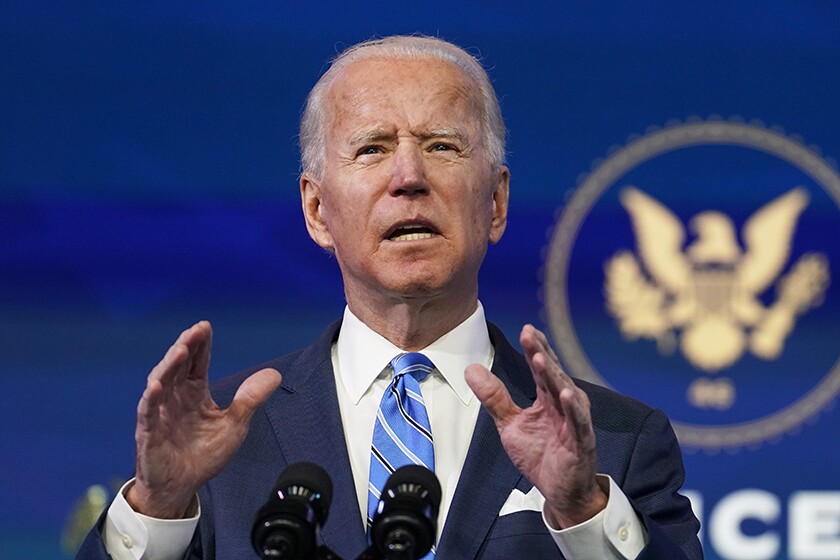 From Trump to Biden; The Way Forward for US National Security

Without contesting the contents and views expressed by the authors, it is an excellent effort on part of US intellectuals to apprise the new administration of the challenges it is likely to face during next few years. A fine example of how candidly these intellectuals express their views without fear or favour as mentioned in foreword of this document is pasted below;

“Yet there are foreign policy lessons to be learned from the Trump presidency. Whether challenging the Chinese Communist Party after years of accommodation and even obsequiousness, applying maximum pressure on the regime in Iran, or forging peace between Israel and no fewer than four Arab states, there are important wins to process. And even where Trump stumbled, such as by insulting NATO allies; flattering dictators such as Kim Jong Un, Xi Jinping, and Vladimir Putin; pressuring Ukraine to advance his own re-election; attempting to help Turkish President Recep Tayyip Erdogan avoid accountability for a massive sanctions-busting scheme; making a bad “peace” deal with the Taliban; or suddenly withdrawing troops from Syria, there are lessons to be learned. We cannot simply dismiss four years of policymaking because Trump’s legacy is now indelibly stained.”

No wonder then that USA has occupied the numero uno status as a nation state in the world in post 2nd world war era. The mightiest power of the world UNITED STATES OF AMERICA has not achieved this status overnight. The nation has been home to some of the most brilliant minds, who do not hesitate to call a spade a spade as long as their utterances were in overall national interests. What is equally important is the fact that US state department views such opinions with compassion and conviction in the larger national interest.

They express their views unequivocally on every conceivable issue. They dwell in detail US relations with rest of the world clearly listing out the measures for way forward to not only keep friends of US SATISFIED AND SAFE but also give CLEAR WARNING to US adversaries. Such documents are essentially like models, which enable the government to make quick and rational decisions avoiding waste of time and delays in decision making.

In depth study by these intellectuals leads to minimizing inordinate delays due to exceptional uncertainties prevailing. Their document is a fine example of geopolitical commentary. As an

example listed below are the views of these intellectuals contained in the said document wrt to progression of Indo-US relations as well as China-US relations. Document clearly enunciates the measures that need to be adopted by US in respect of maintaining cordial relations with India and China. Incidentally similar specific proposals are contained in the document in respect of many other countries, both friends and adversaries of USA.

A great nation is not built overnight. A powerful nation is not defined by her military prowess, roaring economy, huge deposits of rare earths, gold or diamonds; A great nation is defined and made powerful by the collective intellectual wisdom of few members of the nation, who are capable of visualizing the future events accurately and most importantly placing their thoughts in words for perusal of the governing apparatus of the nation.

Indian intellectuals heading and occupying positions of authority are essentially post event specialists, whose expertise is on “cut and paste” job marked “Secret/Top Secret”. Rarely a futuristic outlook of any worthwhile relevance is ever placed in public domain. They avoid pointing out limitations/flaws in working of strategically important institutions vis DRDO, HAL, Ordnance Factories to name a few. Because their “bread and butter” is provided by these dysfunctional organizations, which have produced nothing of substance till date in form of state of art weapons platforms etc. They are near perfect “yes men/women”.

Our intellectual “THINK TANKS” avoid discussing „controversial‟ issues and have total disdain for diametrically opposite points of view. The journals published by these think tanks is a classic example of cut and paste job without ever condemning/criticizing performance/prevailing policies adopted either by the government or state sponsored institutions.

No wonder then that India holds the unique position among the comity of nations as the largest importer of weapons. As a proud Indian I am ashamed that we have the distinction of holding the largest “BEGGING BOWL” of weapons platforms. We produce nothing which can match world standards and are not likely to do so in near future in spite of sustained and continued exhortation by one of the ablest PM, the nation has had since independence. Our intellectual mercenaries support such institutions by supporting their “FUTURE TENSE‟ claims.

Their oft quoted defence for their continued non-performance and incompetence is that the world we are living in is extremely unpredictable. While it is right to be cautious but taking shelter behind the unpredictable nature of world is nothing short of intellectual cowardice. World will always remain unpredictable not only because of temperamental leaders of various nations but also due to natural calamities such as Tsunami, earthquakes, jungle fires, famine and floods etc.

The great philosopher Chanakya had postulated that a nation devoid of intellectual wisdom can never ever become a great nation. How true?

Hopefully some conscientious intellectual earning a second salary/career in our think tanks will follow the example of US intellectuals.