Home  >  Spotlights  > Geopolitics  >  Peace with Pakistan: an idea whose time has passed

Peace with Pakistan: an idea whose time has passed 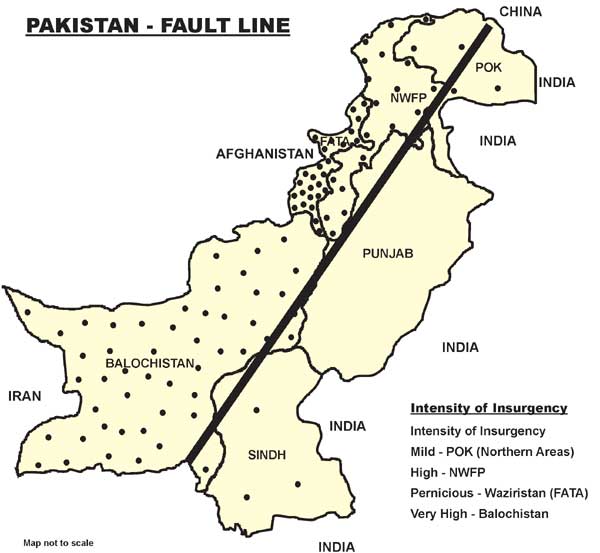 A leading Indian english language newspaper has chosen to begin 2010 by stirring up controversy. It has run a series of editorials advocating peace initiatives with Pakistan, despite the manifest unwillingness of Islamabad to punish the perpetrators of 26/11. What might have begun as a practical joke by the newspaper’s editorial staff has since acquired pretensions to seriousness.

while the ordinary people of Pakistan may want peace, it still has to be on the terms laid down by their army.

The newspaper cites a dubious and unverifiable poll result, suggesting that most people in India and Pakistan strongly desire a resumption of peace talks between the two countries. Going by the reader response posted on the newspaper’s website, the poll was either poorly conducted or biased in its sampling. A very large number of Indians are in no hurry to forget Pakistani sponsorship of terrorism. Their reluctance to let bygones be bygones stems not from hostility towards Pakistan per se but rather, a natural instinct towards self-preservation.

It is no secret that even now; Pakistani terrorist groups are planning attacks in India on a scale that aims to surpass 26/11. One can be assured that if such an attack were to occur, Pakistani officials would first condemn it and then suggest that resolution of the Kashmir issue would prevent further attacks. There is a word for such double-edged statements: blackmail. The victim of wrongdoing is being made to feel that he is responsible for his own suffering, merely because he has failed to oblige the whims of the wrongdoer.

The newspaper cites a dubious and unverifiable poll result, suggesting that most people in India and Pakistan strongly desire a resumption of peace talks between the two countries.

Ever since the 1993 Mumbai blasts, Pakistan has adopted a policy of killing Indian civilians to get what it previously failed to get through negotiations and war. From its perspective, Islamabad is being reasonable. It has offered the Indian government the option of surrender. Should India stand firm, Pakistan cannot be blamed for the hundreds more Indian lives that will be lost in terrorist attacks planned from its territory.

The fact that many Pakistanis attempt to rationalize this policy is understandable, if unfortunate. They are after all, captive to the propaganda of a rogue army that claims it is protecting them from an existentialist Indian threat. The same army did not hesitate to butcher three million Bengalis in 1971, conduct aerial bombing of Baluch nationalists in 1973, hang a democratically elected leader in 1979, support Sunni sectarian groups in terrorizing Shias after 1980 and topple civilian governments throughout the 1990s. Furthermore, the selective use of logic permits Pakistani intellectuals to advocate peace with India on one hand, while simultaneously asserting that there can be no compromise on Kashmir. Thus, while the ordinary people of Pakistan may want peace, it still has to be on the terms laid down by their army. Like hostages in a hijack situation, they suffer from the Stockholm Syndrome and believe in the rightness of their tormentors only because they have no choice. The people of Nazi Germany faced the same situation in the 1930s.

The Pakistani state today shares more in common with fascist dictatorships of yesteryears than with democratic India, yet Indian peace activists stress the similarity between the two peoples. In doing so, they fall prey to a common analytical failing known as mirror-imaging. Basically, what this means is that rather than make the intellectual effort of seeing the world from your enemy’s point of view, you merely assume that the enemy is no different from you. Whatever you would do is what the enemy can be expected to do. Conversely, anything that you would not do, the enemy would not do either. The weakness of this logic became apparent in 1999, when the Pakistan army unilaterally violated the Line of Control in Kargil, destroying the Lahore peace process initiated by India. Self-deception among the top Pakistan army brass had led them to believe that the aggression would be cost-free because ‘Indians have no stomach for a fight’. Hitler made a similar assumption in 1939, when he invaded Poland and triggered off World War II.

3 thoughts on “Peace with Pakistan: an idea whose time has passed”