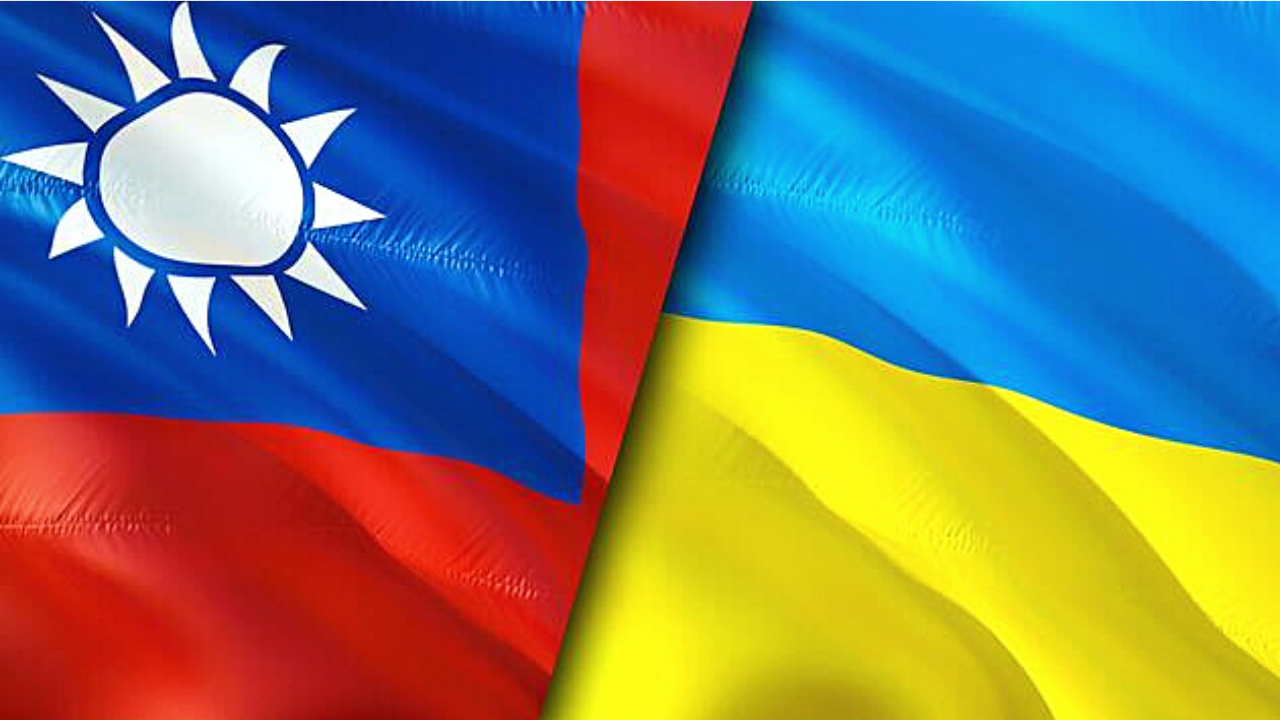 It has  been more than six months that Russia moved into Ukraine and her military campaign continues with no visible signs of conflict termination. Whether it is by design, or the purported Russian special operations have gone awry. The special military operations, has been undertaken for a specific objective of politico-military significance. Whereas, the way entire game plan is unfolding, it is getting clear that Ukraine is being used as a media by Russia as well as US and her NATO allies for their geo political calculus. Russia is making an assertive political statement that the West cannot brush aside Russia’s security concerns and that she has to be taken seriously as she is on way to re emerge as a super power. On other hand, the US is using Ukraine to undermine Russian conventional military capabilities and economic sanctions to push them back into cold war era.

The underline sentiment probably stems from the US desire to continue her stature as the sole super power controlling the world economy and political domain as per their dictates. In that, rise of Russia as another rival power in addition to China, would have adverse geo political  consequences.Whereas, Russia with self sufficiency in energy, technology, and food security is on a reasonably strong footings. Moreover,  absence of direct military response by NATO in Ukraine  has given Russia ample political space to pursue their agenda . Russia has already demonstrated its political will for military intervention by annexation of Crimea in 2014 and later in Syria in 2015. Ukraine is the next logical step to recreate old power quotient of soviet confederation and ensure her security.

The US sponsored economic actions on Russia and military aid to Ukraine are proving to be counterproductive as Europe is facing a grim energy crisis and its economic consequences. The situation warrants continuation of trade with Russia as well as China. Whereas, it militates against US   desire to cut down level of trade by her European allies with both due to their hostile conduct in Indo-Pacific and Ukraine. The present geo political scenario suits China the most as attention of US and Europe allies is diverted towards Ukraine. It permits Chinese hegemonic expansion as also economic opportunities in energy induced  recession in Europe.

Apropos, China has been showing solidarity with Russia providing them political and moral support as prolonging the conflict suits Chinese calculations. In long term, China may also be looking at possibility of Russian subservience at an opportune time. It happens to be a necessary step towards Chinese ambitions of becoming a world power number one. China is seen to be shaping the geo political landscape for her rise taking advantage by hyphenating the Ukraine situation in her political pursuits in other theatres.

China-Russia combine is a dyad to neutralize the superiority of the western world and create space for Chinese emergence on the world stage. Incidentally this opportunity has been provided by none other than the US herself with their current  strategy in Ukrainian episode. As per one American analyst, if China is the main challenge to US interests then they should have kept Russia in their friendly loop. It simply required them to make commitment not to accord NATO membership to Ukraine that being  a major Russian security concern.Whereas, the US and her NATO allies did the opposite by instigating Ukraine against Russia in the name of their democratic rights, thereby pushing Russia towards China. Incidentally, NATO membership to Ukraine is nowhere in sight despite so much of loss of lives and property.Looking at Russian resolve, they will have their say in any case at the end of the day.

The Ukraine crisis after six months of standoff is seen to be in stalemate mode with both the warring parties indulging in blame game and psychological warfare instead of actual military action. Russia continues to be in commanding position with Europe vacillating between their loyalty to US leadership, and their economic interests. The economic situation warrants import of Russian gas and also food items especially wheat. It is a house divided in Europe  with civil society looking at their daily needs wherein Russia is important,whereas the polity is pursuing  an anti Russian stance.

China found such a situation as a strategic opportunity to further her expansion in the Indo-Pacific. China is reported to have coerced strategically important Solomon Islands into an alliance apparently to provide military base in times to come. Recently,  the Solomon island has laid restrictions on docking of foreign ships without their explicit permission that was not the case so far. They even delayed an American ship to dock for refueling that indicates Chinese influence in the island nation that dominates Pacific Ocean.  Moreover, China is seen to be indulging in inimical military moves in the vicinity of Taiwan and Japan with much higher frequency.

The timings of recent Chinese moves in Indo-Pacific surely have linkages with strategic hydraulics in Ukraine.It also coincides with the upcoming meet of the all-powerful Chinese Communist Party in October.  The President Xi is aspiring to be nominated once again for the third term as the supreme leader. He, accordingly, should be seen to be a tough leader who has political will to challenge the existing world powers to make the grade. Indo-Pacific and Eastern Ladakh are two theatres  where Chinese forces are already deployed in coercive manner. His personal ambitions, low economic growth and need to check uprising against his zero Covid policy warrants demonstrative military action to divert the minds of the population. In light of these compulsive vectors the President  seems to be activating both the theatres to showcase his strong leadership credentials.

On other hand, the US policy in Ukraine appears to lack aggressiveness and short on strategic pull to contain Russia. It is reported to have brought down the ratings of the present ruling party leadership in US. In consequence, electoral compulsions probably have prompted US to toughen her stance against both Russia as well as China. To do that, increasing the military aid to Ukraine and taking measures to contain Chinese belligerent activities became necessary.Looking at new tranche of Chinese outreach, the US had a compulsion to wrest the initiative lest China takes advantage of US involvement in Ukraine. In that, China had to be confronted where it pinches the most. Taiwan was the chosen sector of US strategic move that unfolded in recent times.

Taiwan  has been central to US strategy to contain China knowing their sensitivity towards its political status. The location of Taiwan is important to US as it provides a firm base to launch military operations against China, if required. This firm base further gets consolidated when linked and coordinated with Japan and South Korean theatres. Hence, a matter of utmost importance for military confrontation with China which seems inevitable sometime in future.  As far as China is concerned, it provides extension of her maritime territorial span including much larger EEZ, besides  her control over South and East China seas. Chinese hold over Taiwan delinks Japan and South Korea from rest of the China Seas dividing the forces of the US allies that would accord military advantage to China.

Apropos,  US chose to escalate the Taiwan issue to next level through a well calibrated diplomatic salvo to make China react. The visit of speaker of the house Nancy Pelosi to Taiwan, South Korea and Japan is linked to this US diplomatic maneuver. Ms Pelosire presents the entire elected house of US thereby conveying consensus of the nation on what she says during the visit. She is also known as a strong critique of China and her inimical political conduct. Ms Pelosi’s visit was followed by four US Lawmakers was  a paradigm shift of US policy.

The visit was designed to showcase tough US stance in order to enhance their strategic strength to ensure a free and open Indo-Pacific  sea space .However, there seemed to be no plans to go beyond diplomatic domain so as to keep the water warm but not boiling.  China reacted on expected lines by mobilizing her armed forces, albeit restricting their actions confined to military diplomacy, though high on coercive content.It served the purpose of suggesting a new political possibility and a precedence to keep China on the tender hook and in defensive mode  to save her turf.

There have been similar Chinese exercises in the past also,but this time China has resorted to live fire right inside Taiwanese continental shelf. The Chinese forces continued  their intimidating presence much beyond their stipulated military exercise dates. The US followed soon by sending two of her naval ships in Taiwan Strait showing their flag. Other US allies are also seen to be making their naval presence felt. The new entrant is Germany, the biggest European trade partner of China, that plans to send their naval ships in indo–pacific after a gap of 20 Years.

It is the timings that is central to what is happening in Taiwan theatre with both US and China indulging diplomatic maneuvering alongside military overtures.The final contours of the situation would be known only once the Ukraine war comes to its conclusion. There remains a strategic fog which is difficult to decipher as of now.

If we look at the entire mosaic of activities starting from Russian attack on Ukraine till recent times, one can see China hyphenating the Ukraine and Taiwan events to their advantage. She manipulated the situation to gain strategic advantage in the Indo-Pacific so as to attain position of strength. The Chinese objectives are appreciated to be maximizing her stakes in the ongoing resetting of global geo political matrix. To do that, China is expected to seek  multiple avenues to enhance her strategic pull and hegemonic outreach to make their point. India happens to be one such threatre.

While China is already an economic powerhouse, she is required to show case her technological and military capabilities to attain her ambitions.In that, her coercive deployment in Eastern Ladakh for over two years seems to be the mechanism to achieve her political objectives.They seem to be delaying the disengagement deliberately despite 16 rounds of corps commander level talks. It obviously speaks of their sinister plans to change the status quo through psychological, diplomatic and may be military means, if situation so requires.The Chinese president’s visit to PLA troops in Ladakh on 11 March 2022 is indicative of his interest and may be a precursor to some military overture.

If China can make India to succumb to their present occupation line, or pull off a military victory they would have showcased their military and diplomatic prowess to qualify as a world power. Accordingly, looking at the desperation of Chinese leadership, the possibility of confrontation in some format  cannot be ruled out in the next campaigning season. India, therefore, has to keep the powder dry in mountains as well as sea space to handle any inimical situation that may come about as a manifestation of Chinese insecurities, ambitions and cultural hubris. It, surely, is a challenging time for India and we have to be prepared for it.