After partition, Pakistan did not inherit any military production facilities. In 1951, the Pakistan Ordnance Factory was established at Wah cantonment to produce small arms, ammunition and explosives. After 1965, Pakistan, apart from shifting its overwhelming arms supplies reliance from the US to China and other western countries like France; also began to concentrate on expanding its defence production facilities. In this, it received effusive assistance from China.

The Heavy Industries facility in Taxila was established in 1971. In 1973, the Pakistan Aeronautical Complex (PAC) was established at Kamra, (north of Islamabad), which began to assemble F-6 and French Mirages. Pakistan also indigenously produces ‘Mushak’ trainer aircraft. The PAC is planning to assemble the Chinese-developed JF-17 lightweight fighters from 2005, as also K-8 Karakorum advanced jet trainers for the PAF and potential export customers. The PAC’s contribution in the manufacturing of the K-8 aircraft project is believed to be about 20 percent. Nevertheless, the PAC aims to have 50 percent of the export share in the number of JF-17 and K-8 aircraft sold outside China.

In 1989, a contract was signed with General Dynamics Land Systems, USA for the establishment of an overhauling facility at Taxila for M-47 / M-48 tanks, M-109 and M-110 self-propelled guns, and M-113 series of APCs. An engine re-build plant with a capability of overhauling 100 engines each of Type-59 and 69 tanks was also established. With this expansion, the Heavy Rebuild Factory was renamed as Heavy Defence Industries, Taxila. During the IDEAS-2000 Defence Exhibition held at Karachi, Heavy Industries, Taxila (HIT) demonstrated its indigenously produced Main Battle Tank (MBT) Al-Khalid and Al Zarrar tank (modified and upgraded T-59 tank).

Over 200 defence items including missiles (anti-tank and surface-to-air), tanks, artillery guns and spare parts are being exported to more than 21 targeted countries”¦

The KSEW offers these vessels on sale, however, due to lack of orders, the organisation is believed to be under great financial stress. The Pak Naval Dockyard under the Ministry of Defence also undertakes construction, repair and maintenance of vessels exclusively for the Pak Navy. It can build warships of up to 5,000 tonne.

Over 200 defence items including missiles (anti-tank and surface-to-air), tanks, artillery guns and spare parts are being exported to more than 21 targeted countries including Malaysia, Indonesia, Thailand, Turkey, Iran, Saudi Arabia, Morocco, Libya, Mauritius, and India’s neighbours like Bangladesh, Sri Lanka, and Myanmar. It has also been trying to create a market for defence products in Nepal. Pakistan’s defence exports amounted to US $ 130 million in 2003 and the Defence Export Promotion Organisation (DEPO) has set a target of US $ one billion for the next 8 to 10 years. 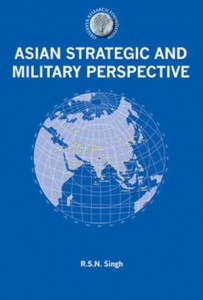 It has already begun to offer its Al-Khalid and Al-Zarrar tanks to Bangladesh and Thailand. Its defence supplies to Sri Lanka are substantial and constitute artillery and small arms ammunition, MRLs, UAVs, and aircraft ammunition. The PAC, Kamra is also providing repair and maintenance of F-6 aircraft of the Sri Lanka Air Force. It has supplied items like artillery guns and ammunition, 81mm mortars and ammunition, and spares of K-8 aircraft to Myanmar. It has made inroads into the Malaysian arms market with the supply of Baktar Shikan ATGMs and Anza surface-to-air missiles.

One thought on “Defence Industry of Pakistan”