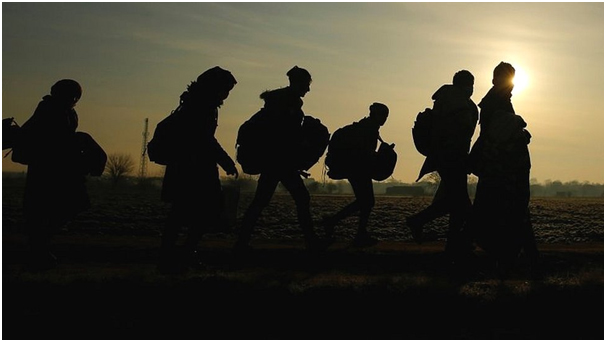 Invite to the Wedding

This spring, at the request and insistence of my best friend, I went to his wedding in Razi village at Khoy district of Iran on the border with Turkey. I thought the villagers had not yet been conquered by the psychosis of technology (faster communication with the least accuracy). They would naturally be better human beings than the townspeople, but this was not the case.

The wedding took place, and like all other ceremonies, I saw the unreasonable people dancing with their Kurdish customs. As I saw the drunken people and my mind became more annoyed. So, I wished a thousand times that someone would come and confabulate with each other a little about the stupidity that these people were infected with it. But I did not find such a person, and I said to myself, O foolish! Have you come to such a place, and are you waiting for a thinker and mindful person?!

As I seethed at the foolish weddings of these people, I could not bear it. And then I sat in the far corners of their hustle and bustle until a group of young children gathered around me. I started a conversation with them, and because I spoke Persian there, they thought I was an Afghan from Afghanistan. I heard the children keep saying to themselves, “Are you Afghan?” I said no, then out of curiosity, I asked what would happen if I were Afghan? They replied to me that Afghans are being sold and killed here!

Meanwhile, the others continued their playfulness. Only the ten-year-old child named “A-A” stayed with me until the end of the wedding ceremony. “A-A” was the narrator of the story, told me that most of the people here drink alcohol and beat their wives brutally. Even the children you see are smoking and drinking alcohol. Then I asked him, “Can you tell me about the Afghans, and what do you do with them here?”. “A-A,” said:

“Our border is the closest to Turkey, which is why Afghans cross this border into Europe. Our people also make false promises that they will cross the border to emigrate. But, when they take the money from Afghans, immigrants will be dropped off near the Turkish border. Then they face the Turkish soldiers, and these soldiers will kill Afghans at the border. Therefore, those Afghans who do not have money and want to cross the border into Turkey, our people take them and torture. Then send videos of their tortures to their families in Afghanistan. and threaten them that if you do not send us money, we will be beheaded and kill them.”

Therefore, I asked why they do this; what is the difference between Afghans and your people? Because our people are oppressors, he said. “The people of our village even sell Afghans. Here the Afghan people are sold to the Tehranians. The Tehranians employ them in forced labor in exchange for not allowing them to be killed.Look at the houses and cars in our village, how tall they are, and what high-end cars they have.Our villagers have acquired all these cars and houses through the sale and trafficking of Afghans.”

I said, have you ever seen them kill an Afghan? “Yes! Yes! I saw with my own eyes that an Afghan was stoned so hard that he died,” he said. ” also, in the neighboring village, a father and a young Afghan child were stoned to death. Their bodies were hidden under the rocks.” After the wise “A-A” narration, I remembered the book I was reading along the way.A few decades ago, Hannah Arendt coined the concept of the “superfluous-human.” according to it, the orthodox volition of the ruler. This coercive or tyrant system deprives meaning of life. So,human is considered spontaneously superfluous in it.

Arendt says, “Fundamental evil is the offspring of a system in which all humans are extra and superfluous-human. The newcomers of this system do not care about their own lives. It doubles their wickedness so that they do not spare any effort in destroying others. Suppose we think of the world in this way as a utilitarian framework. There is a danger of the pits and cavities of corpses beneath the feet of every human being, which with the increasing population, displacement, homelessness, migration, and refuge. So, all lumps are constantly buried in it as Excess and trash waste.nowadays, all political, economic, and social activists are plotting and collaborating with monolithic and totalitarian regimes to consider human beings as excessive.”

Ultimately, I urge my readers to spread this painful story long enough for the venerable people who can rescue the hostage Afghans from the bulk of these oppressive people.

Leo Shaahovsky is an author and a civil activist!

Asadullah Jafari “Pezhman”  is a Freelance Translator/Interpreter, Social Activist from Afghanistan, and Former Member of the Afghan National Army. He Most of the Time Writing and Translating About Issues of Afghanistan and the Middle East!

One thought on “A Heart-Wrenching Episode!”