Home  >  News  > Military & Aerospace  >  Why not have ‘Technical Support Division’ at the Army Corps Level?

Why not have ‘Technical Support Division’ at the Army Corps Level? 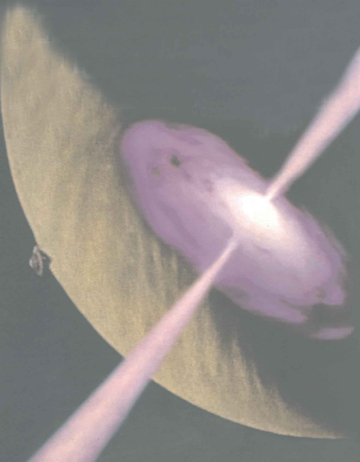 The essence of successful conventional defensive battle is in maintaining elasticity and cohesion; thereafter debilitating the enemy’s combat power to the danger zone of exhaustion and over-reach, then in launching own counter-offensive after minimum pause or by use of the ‘indirect approach’ offensive stratagem to topple/unhinge the enemy’s balance and make him reel back, and end up with the destruction of his main force and irrecoverable loss of his territory. This is where the infusion of TSD at the Corps level will make a great difference in our calculations. The TSD does not have active Combat Formations under it yet it plays the role of a force multiplier by effectively employing Tactical Reserves and deciding the right timing and objective for such Counter Strike. Its main aim and battle effort is to look deep into enemy territory and discern correctly his pattern of operations almost to a predictable certainty.

It is an age old truth that successful military operations are always ‘Intelligence Driven.’ When we analyse the success, effectiveness and minimum number of casualties suffered by the present day US Army, or the Israel Defence Forces, or the British Army when committed in war – they all have given prime importance to thorough intelligence domination of the battlefield. Coming closer home, the PLA does the same in both the offensive and defensive, with the difference that it always insists on gaining its laid down objective irrespective of the number of casualties. Unfortunately, the Indian Army appears to have lost sight of this axiom of war. Only a part of the blame can be attributed to the Ministry of Defence bureaucracy, which is by nature, ‘reactive’ and tacitly surrenders the ‘initiative’ to our enemies. A bigger share of the blame should come on to the Army’s own think-tanks and policy formulation groups, as they have not dwelt adequately on increasing force effectiveness without having necessarily to go in for force expansion, a costly affair in our context.

The importance of accurate intelligence and timely analysis is both tactical and strategic at the Corps formation level, which is the cutting edge of actual battle anticipation and direction. At this crucial level, one cannot afford to make the mistake of relying purely on inputs received from the national level as these have to be actually corroborated at the ground level in the context of actual threats faced or tasks assigned.

In January 1951, after the successful taking of Seoul and reaching the 37th Parallel, when pressurised to resume the offensive by Kim Il Sung and his Soviet Adviser, Marshall Peng Dehuai had the courage to send this telegram to Chairman Mao, “I am the Commander in Chief here. Please tell Comrade Stalin”. The Marshall, a successful veteran of the Chinese Civil War and the Sino Japanese War, was apprehensive of another Inchon type amphibious landing at the rear of his successful armies. The lesson learnt is that there is no point stating at the end of the war that “Intelligence was lacking”, as an excuse for poor performance or lack of success. Intelligence is one commodity that has to be generated at the Army Corps level both before war and during operations, to avoid being surprised and to optimise the effectiveness of one’s battle plans.

Structure of Intelligence Gathering and Analysis at Army Corps Level

At a Corps headquarters, the capacity to look deep into enemy territory round the clock up to a depth of 200 km should be considered sacrosanct. This will permit any ‘holding’ type role be performed with deploying only 33 per cent of combat resources thus freeing the balance of combat potential for flexible and offensive responses. Having such a capability in today’s times will essentially entail:

The Technical Support Division (TSD) should basically be a lean formation designed to ensure Intelligence Driven Operations – in order to minimise own casualties, enable quick metamorphosis of fixed deployments for effective redeployed offensive/defensive roles, protection of the jugular logistics axes of the combat divisions so that there is no need to look back thereby placing the Corps Commander in an advantageous position as far as ‘reading’ of the battlefield is concerned.

Therefore, the temptation to convert it into an administrative support/Combat Reserve Division should be resisted. Specifically, the TSD should not have the following Units/formations placed under it for command and control. These should be assigned to a Sub-Area HQ which will become a Logistics Support Division in wartime:

The TSD should have a trimmed staff and HQ organisation. It should be essentially function oriented so that the Corps Commander does not commit scarce operational resources based solely on ‘hunch’ considerations or find himself always in a reactive frame of mind, as had unfortunately happened to the Indian Army in the 1962 War and in the 1965 and 1971 Chamb debacles. Even our executed ‘strike’ operations in the West were poor examples of achievable goals with the available resources. The concept of JSTARS-supported offensive operations of the US Army is worth emulation, with local modifications. Having TSD for our Army Corps will enable smooth implementation of the Air Land Battle rolling offensive doctrine in the plains.

In 1999, India allowed itself to be caught by ‘surprise’ in Kargil, even after this textbook plan had been openly discussed in the first chapter of Ravi Rikhye’s classic book ‘The Fourth Round’ a decade earlier! The next such major regional shock to happen could be the unilateral diversion of the waters of the Yarlung Tsangpo to Qinghai Province, before this River begins its descent from the Tibetan Plateau. The Chinese have already made the area of Eastern Xizang a ‘no go’ area for foreigners by declaring it as a National Park. Our look deep capability is going to get tested here if we have to save ourselves from a fait accompli.

Lack of Domain Specialisation in our Army

The Indian Army has allowed itself to go into such a mental decline that it has become an antediluvian monster wallowing in intellectual poverty and lacking domain specialists. This is organic complacency at its best. If we allow other governmental manifestations to do the thinking for us, the consequences would be paid by us with blood and honour, for the years wasted. We are a mighty force when seen from the outside but are needlessly allowing ourselves to be outwitted by cunning, determined and intelligent foes.

The Army has come to lack farsightedness, daring spirit at higher levels, R&D and applications oriented entrepreneurship; it is now characterised by a standard textbook approach and SOP mania for all situations. Thus, it is often caught on the back foot by technological developments; changes in the international, regional and the country’s domestic power plays; management and cost driven compulsions; and meeting the demands of modern public opinion and national aspirations. Today, it does not have a say in the Army related project management aspects of each of the DRDO laboratories which are truly national assets as they enjoy unlimited funding and delegated sanctioning powers even more than the IAS bureaucracy, all in the name of ‘defence’. The trial wings of each arm of the service are so rich in experience but this gets wasted as there are no co-located R&D workshops and pilot Project Manufacturing Establishments under the Army’s control.

In striking contrast, even officers at the rank of Major and Lt Col with 10 to 15 years service work as Project Management Heads in the Pentagon in the US system and squeeze the best out of America’s private sector in terms of meeting time deadlines, integration of system with systems, innovative product advancements and cost competitiveness, so as to capture the global arms market. The time has come for us to trim our DRDO and OFB/Defence PSUs, and adopt the US style competitive bid system for project funding and hardware manufacturing involving our private sector on equal terms, so that our defence exports exceed our imports.

The role and focus of the Army’s Military Secretary branch should shift from primarily doing selections for higher ranks to genuine HRD promotion. After an officer completes six years of service, he should be streamlined for any of the following domain specialisations for which he has shown aptitude, and thereafter, he should be earmarked for two tenures in that field before completion of 20 years of service:

8 thoughts on “Why not have ‘Technical Support Division’ at the Army Corps Level?”