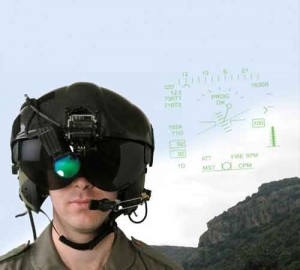 nitial delivery orders totaling $23M have been awarded under the new ID/IQ contract. This is a follow-on contract to a $75M ID/IQ contract awarded in September 2005.

The new display units increase situational awareness and safety by allowing pilots to fly “head out of the cockpit” during day and night operations. They are a plug and play upgrade to the legacy SU-180/AVS-7 Display units. The SU-180/AVS-7 Display units have been in operational use by United States Army, Navy, Marines and Air Force rotary wing pilots since the mid-1990’s and is installed on most US military utility and cargo helicopter platforms, including the UH-60L, CH-53E, CH-47D, CH-46, H-1, V-22 and others.

Commenting on the award, Elbit Systems of America President and CEO, Raanan Horowitz noted, “This follow-on order attests to our customer’s satisfaction with our systems and performance track record. Elbit Systems of America is pleased to provide cutting-edge technology for the warfighter, delivering high quality Helmet Mounted Displays at an accelerated pace, supporting critical missions and needs. The AN/AVS-7 has proven itself by providing situational awareness and added safety to Army aviators on all U.S. Army helicopter platforms and we are proud we can provide now an upgrade to these systems.”