The danger from China

The multi-dimensional threat between 2011 and 2014 from China is real.

Taken aback by screaming headlines in the media that nervous China may attack India in 2012, two former generals who commanded a corps and division respectively on the Sino-Indian borders, went in to war game huddle.

Instead of integration of the citizenry and consolidation of different regions, our shortsighted politicians extend a helping hand to China and Pakistan by dividing Indians internally for vote-bank-politics.

That the Chinese may simply bypass and drop Special Forces to choke vulnerable Siliguri Corridor and cut off the Northeast was overlooked.

Similarly, another general flaunted borrowed concept of ‘limited war’ with nuclear powered adversaries. He overlooked a simple fact that nuclear-armed neighbors may not be amenable to any such restrictions imposed by India.

The question: “Limited by whom?”

The answer: Self-imposed limitation on Indian mind built over centuries.

A gentleman was invited to Beijing for a period of ten days. He was overwhelmed by the gracious hospitality extended by the Chinese. Subtly, the Chinese conducted ‘psychological-warfare’ on him by repeatedly planting ideas that their country is a developing economy like India. To them, the first task at hand therefore was to remove poverty by developing the whole country. The Chinese sold the notion that this consolidation would require at least twenty years.

Hence, to suggest that China can attack India before twenty years is outrageous!

Laced with an overdose of hospitality, in merely ten days he convinced himself of the good intentions of the Chinese, overlooking their legacy of an imperial past. On his return, he vigorously promoted the concept that there was nothing to fear from China in the next twenty years, as it was too busy developing their country.

To equate legal accession of Kashmir by New Delhi with forcible occupation of independent Tibet by China is a fallacy.

Born and brought up in India, he knew the Indian society inside-out, but is unable to forecast the immediate two years. Yet he could forecast the Chinese behavior pattern for the next twenty years with certainty, in mere ten days of travel.

Indians continue to live in isolated compartments of their making without inter-linkages with the big picture. This compartmentalized thinking is a cultural defect that ensures absence of connectivity with other multiple lateral tactical pictures. These small pictures if sensibly stitched together create ‘whole’ which helps in formulation of a grand strategy.

The threat from China has crept to level ‘Orange’ for the past many years and the creeping invasion built over decades displays great features of stealth.

First, they invaded and forcibly occupied independent Tibet. Subsequently, to protect their flank in Tibet, the Chinese demand that Arunachal be part of China. Theoretically, even if India hands over conveniently termed Southern Tibet, China would then want to occupy whole of Northeast to protect flanks of newly assimilated Arunachal.

This is the Chinese style creeping invasion by stealth.

China primarily feels threatened by existence of the Union of India as it challenges its ambition of being the unilateral power leading Asia. Instead of integration of the citizenry and consolidation of different regions, our shortsighted politicians extend a helping hand to China and Pakistan by dividing Indians internally for vote-bank-politics.

To counter threat posed at multiple-levels by China, India’s long term declared objective should be to demand vacation of all illegally occupied territories by China and Pakistan. To equate legal accession of Kashmir by New Delhi with forcible occupation of independent Tibet by China is a fallacy. Moreover, our borders were with independent Tibet and never with China.

New Delhi should lower the trade profile with China. The one-way trade that favors Beijing ultimately helps it to divert profits to bolster Pakistan against India..

Taiwan is an independent country and we should sign an FTA with them.

We should assist in re-unification of South Korea and North Korea. A united democratic Korea in China’s vicinity and militarized Japan in Asia aligned with India can impose severe restrictions on China and its proxies.

If dysfunctional Pakistan splinters, China will lose access to Gawdar Port too.

New Delhi should lower the trade profile with China. The one-way trade that favors Beijing ultimately helps it to divert profits to bolster Pakistan against India. This folly is akin to the Indian Prime Minster forcing taxpayers’ 25 million dollars aid on reluctant Pakistan.

Islamabad will use our money to bolster its terror machine against us!

Asian democracies should form an umbrella around China and interface it with the Western democracies. Beijing is mortally scared of democracies acting in unison and power of the free press they wield.

It is vital to rapidly modernize the Indian Armed Forces in terms of human resources and equip them with technological capabilities to conduct deep offensive operations.

The announcement that 1962 will not be allowed to repeat shows that generals are preparing for the last war. With access to the latest technology from the West and abundance of quality human resources, we should be preparing for the next war. New Delhi should create lethal integrated highly acclaimed young war machine, which takes away the cost-benefit advantage of imposing war on India from the adversary.

Acquiring modern military wherewithal by India’s multi-cultural democracy is vital. Indian democracy is unique and possibly the largest social experiment in diversity ever. Surrounded by authoritarian or Islamic fundamentalist regimes and situated within the arc of terrorism in Asia, this experiment to succeed requires a world-class military.

It is vital to rapidly modernize the Indian Armed Forces in terms of human resources and equip them with technological capabilities to conduct deep offensive operations. To win, always take the war to the enemy. Military needs to be equipped accordingly. Today, ill-equipped and ageing armed forces cannot meet the threat posed by China and Pakistan together.

The younger generation that takes over India from 2015 will be assertive and dynamic, with the ability to meet threats posed in a far superior manner. This will undermine the chances of adversary’s success. On the other, China’s ageing profile in the next three years, along with distorted policies like one child norm will be a drag on the society. The Chinese economic miracle is on the wane with internal turmoil on the rise. 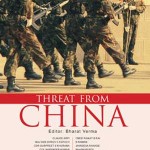 Between 2011 and 2014, New Delhi therefore is highly susceptible to an attack due to paralysis in its ageing leadership, inability to rapidly create strong decisive international alliances, take advantage of the latest defence technology and equipment on offer to outpace the adversary, and the inability to reclaim the strategic space in its vicinity.

The window of opportunity for China vis-à-vis India will start diminishing after this period with increasing internal turmoil and its right hand Pakistan withering away.

7 thoughts on “The danger from China”