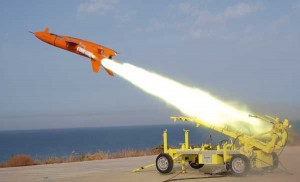 The new aerial target is a derivation of the Company’s proven Mirach 100/5, the standard European Armed Forces threat simulator.

The 100/5 is a mature and reliable system that features high speed, high manoeuvrability (including for sea-skimming missions) and a reduced Radar Cross Section (RCS), with the possibility for the integration of multiple payloads. It is capable of meeting future transonic requirements and performs at the top end of its category.

The Mirach 100/X is the next step up from the 100/5, incorporating the mature Williams International WJ38-7T engine (a derivative of the Tactical Tomahawk engine), improved aerodynamics and advanced avionics. 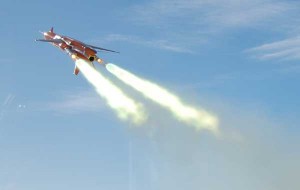 The flight test programme, finalised last October, effectively demonstrated the 100/X’s maximum speed and load factor capabilities (high G’s). On the most recent flights, the Mirach 100/X performed as predicted in the previous modelling and simulation work, demonstrating that the drone has additional thrust available for future mission growth.

The Mirach 100/X will also be able to integrate a stable of mature payloads already incorporated into the Mirach 100 family, allowing for a broad range of threat simulations and full interaction with an existing and proven ground segment.