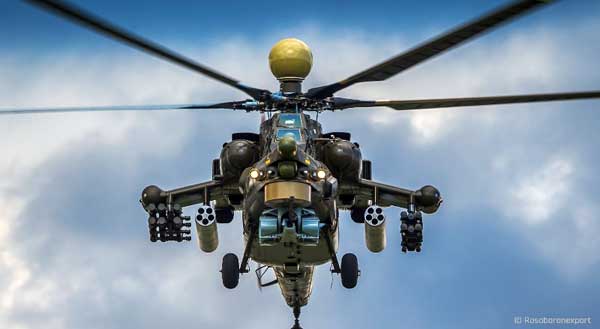 Rosoboronexport JSC (part of Rostec State Corporation) will showcase new and upgraded versions of Russian helicopters at the 15th International Helicopter Industry Exhibition (HeliRussia 2022), which will be held from May 19 to 21, 2022 at the Crocus Expo IEC in Moscow.

At HeliRussia, Rosoboronexport will show its partners and potential customers Russian helicopters for a wide range of applications in various weather and climatic conditions in the form of scale models and advertising materials.

In particular, Rosoboronexport will demonstrate the Ka-52 scout/attack helicopter, upgraded versions of the Mi-28NE attack and Mi-171Sh military transport helicopters, as well as the
Mi-38T transport/assault helicopter.

In addition, visitors to the company’s booth will have the opportunity to get acquainted with the Mi-35M transport/attack helicopter, Mi-17V-5, Ka-32A11M, Ka-226T and Ansat military transport and utility helicopters. 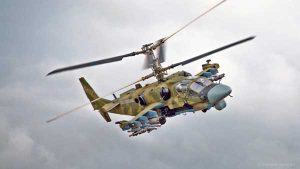 The entire range of various helicopters under development and production in Russia, whose delivery is possible through Rosoboronexport, will be on display at the booths of Russian enterprises, including Russian Helicopters (part of Rostec State Corporation), one of the world’s leading helicopter-building holding companies.

The Ka-52 scout/attack helicopter, exhibited at HeliRussia 2022 as a scale model, is currently the best in the class of attack helicopters in terms of its fighting capacity and the range of aircraft weapons used, hover ceiling and rate of climb, maximum weapons load weight and sortie radius, as well as safe and autonomous operation in field conditions.

Thanks to its coaxial rotor configuration, the Ka-52 offers unique in-flight performance and maneuverability, allowing it to dominate the battlefield. It is the world’s only helicopter equipped with a catapult crew rescue system.

The upgraded Mi-28NE attack helicopter is fitted with the latest guided missile systems and data link equipment for interoperability with unmanned aerial vehicles, thus enhancing its capabilities against enemy targets covered by air defenses. The Mi-28NE helicopter has an increased flight speed and a higher service ceiling. 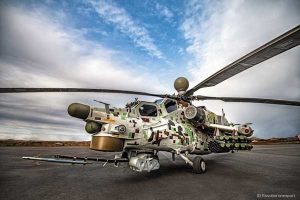 The Ka-52 and Mi-28NE are equipped with a state-of-the-art defensive aids system, which automatically protects them against infrared guided missiles, thereby greatly increasing their survivability in combat conditions.

The main advantages of the Mi-38T transport/assault helicopter over the helicopters of its class available on the world market are extended flight range, payload capacity and cargo cabin volume. This helicopter can more effectively carry out troop transport and special roles (search-and-rescue, medical evacuation, VIP transportation).