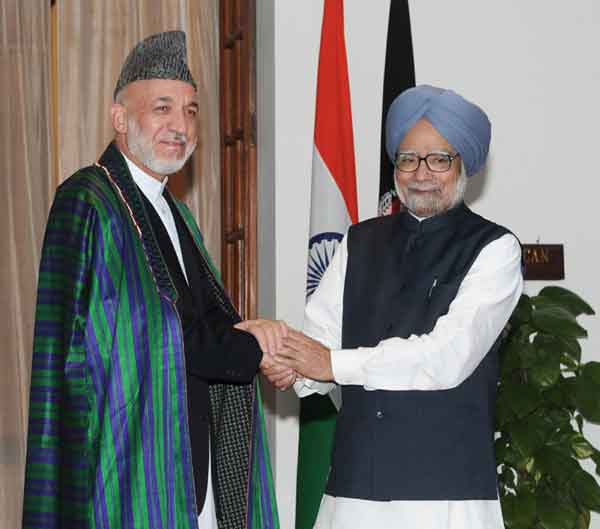 Even at the cost of sounding bellicose with that expressed need in the title of this paper, this writer will argue that Afghanistan stands as a shining example of the success of the country’s post-1990s foreign and security policy. This performance can be compared with its 1960s policy towards Bangladesh, the then East Pakistan, though the latter was more militaristic, stretching up to the 1971 liberation war. But the success in Afghanistan is yet to be harvested and may take a long time in coming. For, the Afghan problem is not just old but far more complex than the comparatively simpler desire of the people of Bangladesh for independence from Pakistan.

One of the crucial elements of the Afghan imbroglio is the zero-sum game that Pakistan has created with its western neighbour, by which an Indian diplomatic achievement in Afghanistan is considered deleterious to Pakistan’s interests in the country, and vice versa.

Till now, India was working on a low key, seeking to provide ordinary Afghans public goods like roads and bridges while staying away from the arena of armed conflict.

New Delhi has also come to a realisation that the U.S. and NATO-led International Security Assistance Force (ISAF) forces would not be available to underwrite the security of the subcontinent through active measures against the Taliban or assorted other kinds of jihadi groups like Lashkar-e-Taiba (LeT).

So, serious debates are going on the within the government circles and amongst independent strategic analysis groups at the margins about what should be the next stage of the country’s involvement in Afghanistan.

Till now, India was working on a low key, seeking to provide ordinary Afghans public goods like roads and bridges while staying away from the arena of armed conflict. Despite this, Indian government properties like the embassy and consulates and Indians working in Afghanistan have been targeted by organisations like LeT and on occasions by the ISI itself, as the Afghan authorities have claimed to have discovered.

But the country has refused to get embroiled in retaliatory strikes. Nor has it increased its military presence in Kabul and elsewhere. In fact, it has not deployed any personnel of its armed forces, having to do the work of providing security through paramilitary forces like the Indo-Tibetan Border Police (ITBP).

In other words, Indian diplomacy was making the point that the country was ready to contribute to the rebuilding of Afghanistan but the security of its material and personnel would have to be borne by the U.S. or NATO-led forces. This suited the Americans because early in the George W. Bush administration’s extension of its “war on terror” in Afghanistan, Washington had conveyed to New Delhi that it did not want Indians to be involved in military operations as that would raise Islamabad’s hackles.

While India did not get any support from the NATO-supported ISAF when building the Zaranj–Delaram road, it should not expect that the Western nations will underwrite its continuing involvement in Afghanistan.

Even Barack Obama administration had continued with that policy while welcoming the country’s efforts at building infrastructure in Afghanistan. In reality, initially, as the Obama “troop surge” was taking place, they were so focussed on pandering to Pakistan’s whims that they did not even urge the organisers of the conference in Turkey in early 2010 to invite India to an international conference on Afghanistan. Of course, India’s disappointment with the absence of that invitation made Istanbul turn around in November 2011 to include India.

Reporting in the Hindu newspaper, Sandeep Dikshit wrote on 3 December 2011 that a lot of international attention was invested on India as the country that became the only one to sign a “strategic” deal with Afghanistan. Even a similar deal with the United States was hanging fire then as the Hamid Karzai could not find a consensus to get it through with the government.

Bruce Riedel, former National Security Council (NSC) staffer on South Asia in Clinton Administration and currently analyst at Brookings Institution, told Al Jazeera on the conference on 5 December, 2011: “This conference, ironically, is a clarification of the war in Afghanistan – which now, in many ways, is a proxy war between NATO and Pakistan.”

The Indian side was not harbouring this kind of hard-core realism. They were there to watch over the “transition process” – how smooth will it be? And they were there to be acknowledged as a party to the Afghan process post 9/11.

Not much was expected from the conference, for, according to some observers, the two key entities of the Afghanistan problem were missing from the table. They were Pakistan (who boycotted the talks for the recent cross-over of the NATO forces into their country and killing Pak troops) and the Taliban (who could not lift a finger without an indication from Islamabad/Rawalpindi).

While India did not get any support from the NATO-supported ISAF when building the Zaranj–Delaram road, it should not expect that the Western nations will underwrite its continuing involvement in Afghanistan. In other words, it will have to mostly walk alone despite the United States seeking to involve it in tripartite negotiations on the troubled country’s future.

In India’s idealist-realist tradition of policy-making, pure militarism has no place… a few former army officers were of the opinion that the country needed to deploy Indian armed forces in Afghanistan, even in mufti or as members of the ITBP.

It is certainly evident that the country will have to stay involved in the Afghanistan process till the bitter end or a better future. For example, the options for the country are three:

India as a rising regional power has its national interest in seeing that Afghanistan is stabilised and on a path that promises secular growth of South Asia. This is something that Pakistan has failed to do, blinkered by its anti-Indianism, foisted on the people by the army for its own existential interest.

In India’s idealist-realist tradition of policymaking, pure militarism has no place. In that process, this writer as a correspondent of Millennium Post had spoken to a few former army officers some months ago. They were of the opinion, as reported then, that the country needed to deploy Indian armed forces in Afghanistan, even in mufti or as members of the ITBP.

India has a record in the resistance movement of Afghanistan, where it has trained the Northern Alliance troops to take on the Taliban when it was in power. Folklore says that the Indian air force flew “search and rescue missions” in the mountains of the north for Northern Alliance fighters when they were in trouble. India also built a hospital in Farkhor, at the Tajik-Afghan border. Now, the Indian Express reported recently, New Delhi is planning to build another hospital in the Tajik capital, Dushanbe.

The increasing involvement of the Indian private sector organisations – for example, to mine iron ore at Hajigak fields – will also increase the clamour for security from the government in New Delhi. A notable issue on the subject was the refusal of the ISAF to provide security to the Border Roads Organisation–constructed Zaranj–Delaram expressway, which led access to the road being controlled by the Taliban.

Pakistan does not have pockets deep enough to cater to those primal interests of the tribal lords.

This kind of situation, where India seeks to stabilise Afghanistan by reaching out to its people through the creation of public goods and providing services but is scuttled by the Taliban, will be difficult to countenance after 2014.

While the training of the Afghan National Army (ANA) by India is the desire of not just the Hamid Karzai government but also, increasingly, of the United States, it will take a while for the ANA to gain the characteristic élan that normally security forces of more established countries with governing states exude. The sense of commitment to a stake in the nation-building will also take some time to get ingrained, especially in a country where for all this while, tribes and clans dominated the minds of the people.

The Manmohan Singh government made two critical changes to the country’s policies towards Afghanistan that have been commented upon but rarely noticed. One, it reached out to some of the Pashtun tribes whose ire it had earned earlier when the country had to support the Northern Alliance against the Pashtun Taliban. This has been achieved by an unflinching support to the Pashtun leaders around Karzai who acted as the bridge builders to their communities. Two, Singh had very quickly stepped back from his government’s initial objection to talks with the Taliban, whether by the United States or the Karzai government. This action by Singh had helped to create an environment where the diplomatic and political options of the country increased. Though this was done under the coaxing of the United States, it still served Indian national interest.

As a result, New Delhi became the first government with which Karzai was able to strike a “strategic partnership” agreement. In fact, on an occasion, Singh had quoted Karzai, saying that the agreement with India was universally welcomed in Afghanistan while a similar agreement with the United States has become mired in calls for Parliamentary “ratification.”

Pinaki Bhattacharya, writes on Indian strategic security issues. He is currently working as a defence correspondent for a leading newspaper published from New Delhi.