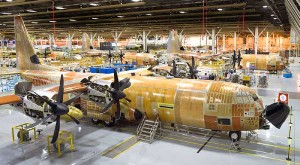 These aircraft will join the previous three, which are already in flight test prior to deliveries that will begin later this month.

The first C-130J for India will be formally delivered on Dec. 16 at a ceremony in Marietta. Two will be flown to India in early 2011, while two more will arrive in early summer and the last two will be delivered in late summer of 2011.