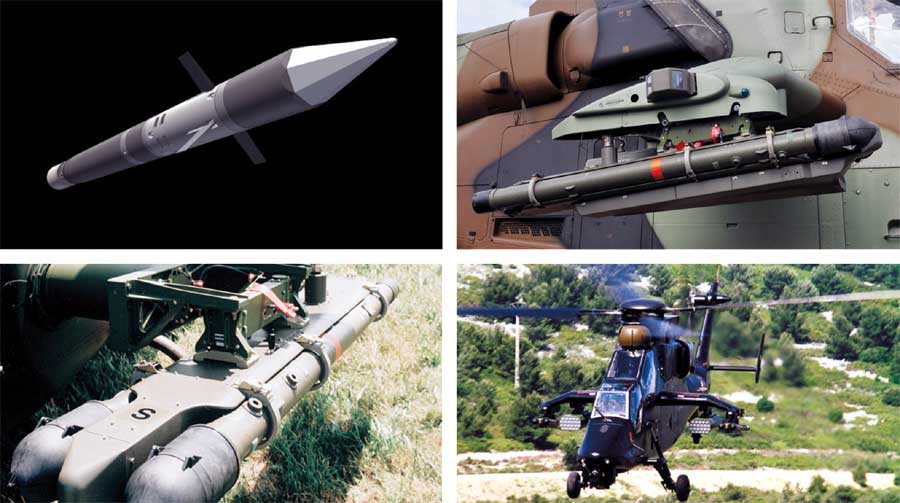 The Mistral missile is playing a very important role in MBDA’s product catalogue. This very short-range air defence missile system that can be used from various platforms – vehicles, surface ships, helicopters, as well as in a portable MANPADS configuration, has gone on to become an integral element of some 40 countries’ air defence inventories.

Mistral’s highest level of success in these stipulated firings was a clear demonstration of how the system operates in desert, maritime or mountain conditions, regardless of weather or time of night or day.

With its success rate of 96% in all firings, Mistral can claim not only to be the most versatile missile of its class in the market, it can also easily claim to be the most reliable and efficient – crucial features when an air threat needs to be urgently countered..

India is very aware of Mistral’s performance capabilities given that it has chosen MBDA’s Mistral ATAM system for its Rudra (ALH WSI) and LCH helicopters to provide air-to-air self-defence and the ability to attack low flying enemy helicopters and UAVs. Integration has been completed by HAL and test firings have already been successfully carried out on the Rudra and integration is now taking place on the LCH.

The Indian armed forces have been long waiting for a new VSHORAD system to replace the aging Igla systems currently in service. Mistral has a role to play here as well, and as such, MBDA it is heavily involved in the competition. Within the competition, a number of test firing scenarios covering the different potential operating environment conditions have been called for.

Mistral’s highest level of success in these stipulated firings was a clear demonstration of how the system operates in desert, maritime or mountain conditions, regardless of weather or time of night or day. The weapon system showed off its range of features: easy to use, quick to set up, deploy, fire and reload, Unlike some so called MANPADS systems, Mistral MANPADS was designed from the outset to be a highly portable tripod mounted system.

As mentioned, Mistral features in a number of operational variants one of which is Mistral ATLAS which is also being discussed for deployment from Indian Army vehicles. Mistral ATLAS is a twin-launcher that can be installed on a wide range of high mobility vehicles and easily dismounted for use as a pedestal version either on the ground or on top of a building for example.

Both Mistral MANPADS and ATLAS can be either operated autonomously, thanks to the system’s latest generation thermal sight and its IFF or, alternatively they can be integrated to a fire control and co-ordination system. In frame of the VSHORAD campaign in India, MBDA’s proposal is, for instance, including a light weight coordination system based on a radar supplied by IAI.

With Mistral MANPADS the company is not only offering an optimised operational solution in terms of performance, portability and ease of use, it is also offering the major industrial incentive of licensed manufacture by BDL, similar to Milan anti-tank missile. This would bring logistics advantages such as optimised inventory and stockpile management because the system deploys exactly the same Mistral system as deployed from the helicopter-launched Mistral ATAM system and of course ATLAS. So not only does Mistral make a lot of sense in terms of the operational advantages it offers, it could also be a major opportunity for Make in India.