The Lockheed Martin F-22 Raptor performed its precision aerobatics at the Fort Worth Alliance Air Show Oct. 30-31, marking the first time the aircraft has demonstrated its aerial capabilities in the skies over the Dallas-Fort Worth area. 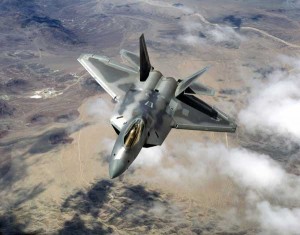 F-22 pilot Maj. David ‘Zeke’ Skalicky of the U.S. Air Force’s F-22 Demonstration Team from Air Combat Command at Langley Air Force Base, Va., flew the Raptor during the performance, entertaining an estimated total crowd of 110,000 that attended the air show over the two days.

“Zeke and the F-22 Demonstration Team do an incredible job showcasing the Raptor’s unparalleled aerial maneuverability,” said George Shultz, vice president and general manager of Lockheed Martin’s F-22 Program.  “We are thrilled that the people of the Dallas-Fort Worth Metroplex and the employees of Lockheed Martin here in Fort Worth were able to witness this amazing airplane.” 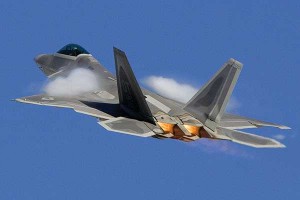 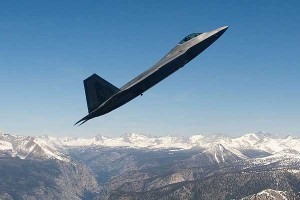 The F-22’s appearance proved particularly significant for Lockheed Martin employees working in the F-22 program at the company’s Fort Worth site, where the aircraft’s mid-fuselage is built.

“Seeing the Raptor fly at Alliance was a very meaningful opportunity for our program team here,” said Michael Cawood, Fort Worth site lead for the F-22 program.  “This was the first time they were able to enjoy the F-22 aerial demonstration in Fort Worth.  Our people take pride in helping to build, sustain and enhance the Raptor, and in providing an unmatched capability to the U.S. Air Force.”

The F-22 boasts a unique combination of stealth, speed, agility, situational awareness and lethal long-range air-to-air and air-to-ground weaponry to make it the world’s best air dominance fighter and to enable it to deter and defeat current and emerging threats.