Lessons learnt? A year after Pulwama 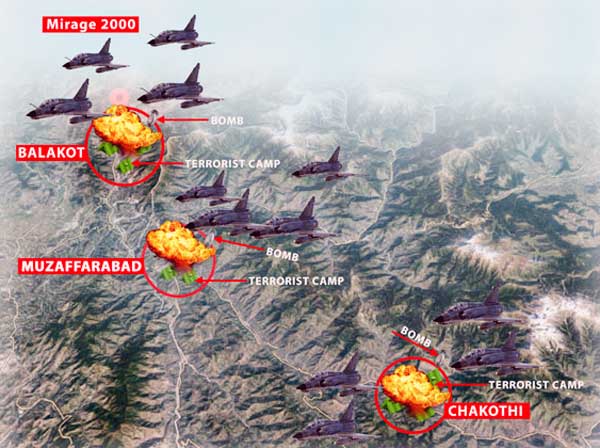 Almost a year after Pulwama on February 14, 2019, the following strike on Balakot on February 26 and the aerial engagement the day after that, I was happy to see that we seemed to have learned some lessons from these episodes. As has been widely debated and discussed in public forums, the basic intent and objective of the Balakot strike was to send a message to Pakistan that India is capable and determined to strike against terrorism wherever they may be under the shelter and support of the Pakistani deep state.

The strike, carried out beyond PoK in Khyber-Pakhtunkhwa under a nuclear overhang, even prompted some to term it as crossing the Rubicon. The essential question that is being asked now, almost a year after the attack, is whether Pakistan got the message and has learnt the lesson of not crossing the so-called red line laid down by India.

Whether a clear red line has been laid through a formal and articulated national security policy and a follow-on strategy on counter-terrorism is another question that can be the topic of another debate.

The last air chief, BS “Tony” Dhanoa, in a detailed interview with Shekhar Gupta published in the Hindustan Times, New Delhi edition of February 11, 2020 entitled “Pak’s version a story, a façade”, stated that (if) “we had shot down four or five of their (meaning Pakistani) aircraft, the behavioral change would have taken place immediately”.

Having hit Balakot the previous day, and a retaliation being almost certain, it is to be assumed that all the national security agencies, including all arms of the armed forces were ready for a response and retaliation from Pakistan. The Pakistani PM, Imran Khan, himself immediately came on TV and stated that retaliation was certain.

Culturally, as well as politically, it would have been impossible for Pakistan not to retaliate in some way or another. That the retaliation came the very next day and, perhaps, in the form that was most likely through the Pakistan Air Force, should have been to our advantage due to our high alert status which could be expected to lower a bit with passage of time.

Taking the alert status of the Indian Air Force as a given then, the question that comes readily to mind is whether the IAF had planned for the likely retaliation and the desired end-state? If, as the Air Chief in command at that time, Dhanoa, now implies that the message would have gone better and the desired behavioral change in Pakistan would have come about immediately with a larger number of Pakistani aircraft being shot down, what prevented the IAF from achieving that end-state on that fateful day?

In this connection, the reader may recall the article, The F-16 Vs MiG-21 in the Indian Defence Review accessible at http://www.indiandefencereview.com/news/the-f-16-vs-mig-21-bison-more-questions-than-answers/ as well as “The Real Thing” in Vayu magazine II/2019 of March-April 2019 wherein this author had raised the issue of why the IAF did not respond to the Pakistani retaliation of February 27, 2019 in greater numbers to overwhelm the intruders and shoot down most of them, if not all.

Certainly, we had the assets and capability to achieve this, particularly when viewed in the context of the statements from Air Chief Marshal Dhanoa that despite its depleted strength, the IAF had a Plan B and the ability to fight a two-front war show-cased in Exercise Gagan Shakti of April 2018 reportedly generating about 11,000 sorties in three days. In such circumstances, it is somewhat strange that against a Pakistani force of 24-26 aircraft, we launched a meager force of six MiG-21 Bisons to supplement two Su-30s and two Mirage-2000 aircraft already on patrol. This becomes even more baffling when viewed in the context of our statements that the AMRAAM BVR missiles carried by the Pakistani F-16s had a range superior to the BVR missiles in our inventory.

Unfortunately in this context, Dhanoa also seems to link what should have been the desired end-state of shooting down four or five Pakistani aircraft to our future inductions of the S-400 missile system and the Rafale aircraft with a preface of  “If we had”. Such a statement tends to deflect the analysis, and the adduced lessons, from what could have been done with the current assets as also from the doctrinal and strategy aspects affecting training and preparedness to tackle such large-force incursions and engagements.

BVR missile combat is fought not merely on comparative range of the missiles but also on utilization of electronics and maneuver along with numbers and positioning, all of which should have been possible with our emphasis on net-centric engagements under an Integrated Air Command and Control System (IACCS). Also, BVR missiles acquired today would continue to be outranged sometime or the other in this seesaw battle for superiority.

Further, if BVR missiles were the only winning factor in aerial combat, the Americans would not have abandoned the Phoenix missile with a 160 Km range on their F-14s and gone on a different path of development. Perhaps, if such an engagement was envisaged, the MiG-21 Bisons would have also carried the EW pod and we may not have lost Abhinandan’s MiG-21. That, with just six MiG-21s, reportedly without the EW pod, we could shoot down one Pakistani aircraft, an F-16 as claimed by us, should also make us think hard of the likely outcome with a much larger number of Su-30s, upgraded MiG-29s and Mirage-2000s launched along with the MiG-21s as the situational picture indicated a large force gathering on the other side.

Thus, the first issue that the IAF needs to address while analyzing the aerial engagement of February 27 is on the objectives and desired results. The next in sequence should naturally be on preparations and training for such results. As said earlier, one can only imagine the strength of the message if the IAF had shot down most, if not all, of the intruding Pakistani force.

So, was this an opportunity lost? As a matter of fact, one could also be thankful and deduce that the PAF also did not have clear objectives and end-state in mind or did not pursue these by shooting down a larger number of IAF aircraft despite having achieved local numerical superiority that day and/or pin-point attacks with dummy bombs on the chosen targets.

7 thoughts on “Lessons learnt? A year after Pulwama”