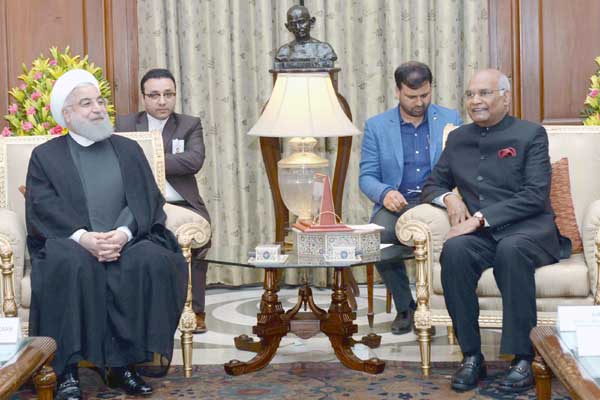 The six month period of waiver granted by United States to India, China, Japan, South Korea, Turkey, Italy, Taiwan and Greece to reduce their Iranian crude  import to zero, expired on May 2. The sanctions on Iran were re-imposed on November 2018 as a part of US withdrawal from  the 2015 Joint Comprehensive plan of action (JCPOA). While Italy, Taiwan and Greece has already stopped oil import from Iran, five large consumers of Iranian oil, including India are yet to put an end to the oil import. On April 22,US Secretary of State Mike Pompeo said “We will no longer grant exemptions,” to clearly indicate that the current sanctions waivers to the remaining five nations – that allowed these countries to import Iranian oil without facing US sanctions –will not be extended. Though it is still not clear how severe will be the economic penalty, in case these countries continue oil trade with Iran.

The decision comes at a time when Iranian economy is already reeling from sanctions that led to the shortage of essential goods and medicines and this sanctions will further hit to the Iran’s one of the most important lifeline, oil sales, that has accounted for 40 per cent of government revenue of the Islamic Republic. The move is part of US strategy to choke Iran of revenue and to force a political change in the ruling Shia theocratic government under the supreme leader Ayatollah Ali Khamenei. In response to the retreat, Iran threatened to close the strategic Strait of Hormuz, an attempt that would have significant impact on world economy. It has also declared the US as a “state sponsor of terrorism” and its troop in the region as terrorists after Washington declared Tehran’s Islamic Revolutionary Guard Corp (IRGC) as terrorist organization.

In this scenario, India,world’s third-biggest oil consumer and one of the largest importer of Iranian crude oil, will face a tough job in maintaining the already existing long term trade and energy relations with Iran. This is also rising the broader question whether the US approach to the Iran will determine the interaction of New Delhi with Tehran.

India imported 10 per cent of its total energy imports from Iran in 2018-19 and Iran has been India’s third biggest supplier of oil, just after Saudi Arabia and Iraq. Although in the first few months of 2019, India’s oil import from Iran reduced 40 per cent, the complete ban on import will certainly make it difficult for India to accept the administration’s decision. Given India’s significance in US’s Indo-Pacific strategy and being a US strategic partner, New Delhi might have hoped for another “Significant Reduction Exemptions (SREs)” that had been granted on last November. The decision is likely to create some legitimate questions in New Delhi regarding US’s reliability as a strategic partner that  is not mindful of India’s interest. Even though US sanction on Iran does not affect India directly, the damage is done collaterally, as the unilateral decision hinders India’s interest as a larger energy importer and constrains New Delhi’s choices. However, US is an increasingly important partner for India that has supported India’s bid in UNSC related to Masood Azhar ban and also a vital strategic partner to  curb China in the region. Hence, India will have to strike the right balance to maintain the age old complex triangle of  relations with the arch rivals.

In a tweet on April 23, Indian petroleum Minister Dharmendra Pradhan said New Delhi has a robust plan to maintain an “adequate” supply of crude to Indian refineries, There will be additional supplies from other major oil-producing countries and India is “fully prepared” to meet national demand of oil and other petroleum product. While India possibly ready for additional reduction in Iranian oil import, the ministry did not give any specifics about the countries which will completely replace crude from Iran. Meanwhile, the US action led to rise in oil price, which have risen roughly $20 a barrel per day since beginning of this year as Saudi Arabia and Russia have curbed production. Further rise of crude in global market would affect Indian financial market and economy, this is not likely to have good impact particularly at a time when ruling party is seeking a second term after the ongoing general election.

India have alternative options like Saudi Arabia, US, Iraq and UAE, that could supply additional crude to replace Iranian crude. However, Iranian oil is a preferred buy for India as the Persian Gulf nation provides 60 days of credit for purchases and lower prices than available substitutes. Moreover, US shale oil and other crude oils will need change in configuration of most of Indian refineries, currently set up to process Iranian crude. This will make the process more expensive and economically inviable as a bulk of Indian refineries are state owned and the additional cost would have to be borne by the government.US sanctions on another crude supplier, Venezuela, has only added burden to the crisis.Also,US’s cooperation with Saudi to ensure global oil market remains adequately supplied, might be obstructed by Russia in order to hinder US.  Saudi Arabia has been coordinating with Russia to manage global oil prices in recent years, should these countries hold back to increase oil production, that will led tosurgeinglobal oil prices – which had already soared by 3 per cent a barrel after the US decision. The move by Saudi Arabia to endorse the end of the waiver is a strategic move, as rise in global oil prices will finance the Kingdom economy due to added demand of crude.

The Arab-Iran rivalry and India’s growing strategic ties with the Kingdom and Israel will give India a tough choice to recalibrate its west Asian diplomacy. New Delhi’s multifaceted geopolitical relations with the west Asian countries and US, will once again impact the new balance that India is seeking in the region. But India will have to be practical to prioritise its foreign policy goals, as defying Washington to pursue New Delhi’s interest in Tehran will not be feasible pertaining to growing India-US relations in South Asia, which is required to maintain a balance with much bigger player, China.

One thought on “India’s Iran Predicament: Striking the Right Balance”