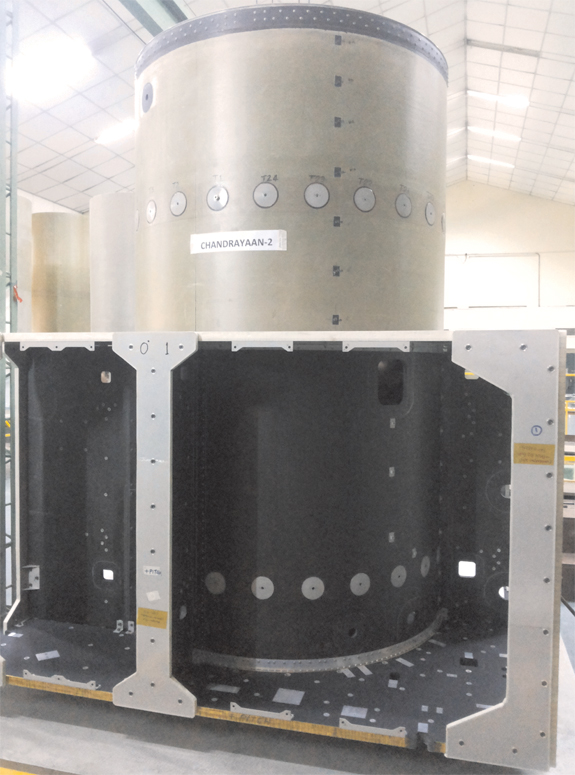 The Chandrayaan-2 mission is aimed at placing an Orbiter around the moon and sending a Lander and Rover to the surface of the moon. It will be launched by a Geo-Stationary Satellite Launch Vehicle (GSLV-MKII).

HAL’s  association  with  India’s  prestigious  Space  Program  dates  back  to  early 70s, when HAL provided technical inputs and manufacturing support to ISRO for realisation of light alloy structural assemblies for satellites and launch vehicle. HAL had built the structural assembly of India’s first satellite “Aryabhata” which was launched on April 19, 1975.

The association further strengthened with vital inputs from HAL to build the satellites “Bhaskara-1”, “Apple” and Satellite Launch Vehicle (SLV).

The technical capabilities of HAL made ISRO to partner with HAL in all its space endeavours including the recent Mars Mission.

HAL has a division at Bengaluru totally dedicated to cater to ISRO’s growing requirement.