The Eurofighter consortium is fully committed to meet the future requirements of the Indian Air Force (IAF). As the Medium Multi-Role Combat Aircraft (MMRCA) competition progresses, EADS which is the lead company for the Eurofighter Typhoon campaign in India, has initiated intensive preparations for the forthcoming flight trials scheduled for summer 2009.

Germany’s Luftwaffe plans to deploy Eurofighter Typhoon, the most modern combat aircraft available on the world market, to Bangalore to demonstrate its flight performance during the flying displays at AERO INDIA 2009. Eurofighter Typhoon will be one of the major highlights at this international Air Show since it will be flying in India for the very first time. 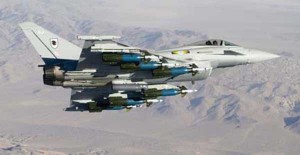 While AERO INDIA and the MMRCA flight trials will be the key events this year, 2008 proved to be a challenging year for all six vendors in this competition. On 28 April, EADS submitted an attractive Eurofighter Typhoon bid proposal to the Indian authorities and invited India to become a partner of the Eurofighter programme.

Bernhard Gerwert, CEO Military Air Systems, an integrated activity of EADS Defence & Security, said: “India is our partner of choice and we are interested in long-lasting political, industrial and military relations which will be based on a win-win-partnership with India.” Four European nations, their four Air Forces and the leading European aerospace and defence companies such as Alenia Finmeccanica, BAE Systems and EADS in Germany and Spain fully support the campaign in India.

All have one common goal in mind: Eurofighter Typhoon shall become a new and potent capability in the fleet of the Indian Air Force. 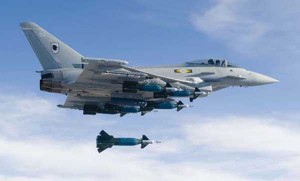 Moreover, since industrial cooperation with India is a key requirement in the MMRCA competition, a comprehensive and compliant offset offer was submitted on 4 August 2008. Germany, the United Kingdom, Spain and Italy are absolutely committed to support the Indian defence sector over the decades to come to bring new capabilities, skills and technologies to industry; from the Defence Public Sector Undertakings, to all elements of the defence private sector. The government-owned Hindustan Aeronautics Ltd (HAL) will play the leading role in all of this and EADS will liaise closely with HAL on how to integrate and involve the wide range of non state owned defence companies.

Since Eurofighter Typhoon’s entry into service in 2004, its order book has increased to more than 700 aircraft from six nations including Austria and Saudi Arabia as first export customers. Countries such as Greece, Turkey, Switzerland, Japan, Croatia, Bulgaria and Romania are also showing strong interest. With more than 160 aircraft delivered so far, the Eurofighter Typhoon is rapidly gaining the respect of air forces throughout the world. Eurofighter Typhoon’s agility and reliability combined with its state-of-the-art multi-role capabilities provides military commanders with enormous flexibility. 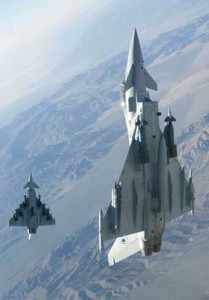 Thanks to unique air-to-air and air-to-ground capabilities and its exceptional engines, the EJ 200, Eurofighter Typhoon is a hugely capable weapons system. It combines advanced technology with world-class performance and its air-to-air refuelling capability extends weapons carriage, mission duration and range. Given Typhoon’s outstanding capabilities, it is equipped to meet the IAF’s fast-changing and significant operational and threat scenarios.