In an effort to woo the Indian Army and Air Force, Eurocopter, a division of the aerospace and defence company EADS, is putting its best foot forward to secure India’s order for 197 military helicopters. The order, one of the largest such orders in Asia, will be to replace the entire fleet of over 600 Cheetah – Chetak helicopters, which Eurocopter had jointly produced with HAL. 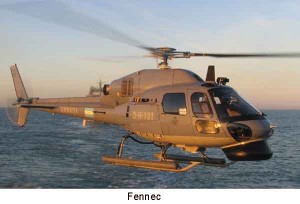 On offer is Eurocopter’s AS550 Fennec which, it says, is a military-certified and combat-proven model. The AS550 C3 Fennec also is believed to have exceptional performance at high altitude and in hot weather conditions. Eurocopter is also eyeing other major projects in India, including cooperation with HAL on co-developing and co-producing a 10-12 tonne helicopter specially designed to address the needs of the armed forces.

Eurocopter plans to offer the AS365 naval Panther, the military version of the civilian Dauphin, against a tender for the Navy and Coast Guard. Expecting huge potential in newer segments such as Helicopter Emergency Medical Services (HEMS), disaster management and religious tourism, the company plans to introduce the EC135 model. With the intent to sell 100-150 helicopters in Asia this year, Eurocopter expects 10 per cent of sales from India. Eurocopter has also set up an Indian subsidiary in New Delhi to improve its training and support systems and expand its footprint in India. Eurocopter has a long-standing relationship with HAL and additionally is looking to partner with private sector companies to outsource component manufacturing with the aim to include these companies in its global-supply chain. Despite its bullishness, the helicopter company still perceives many hurdles in the Indian market.