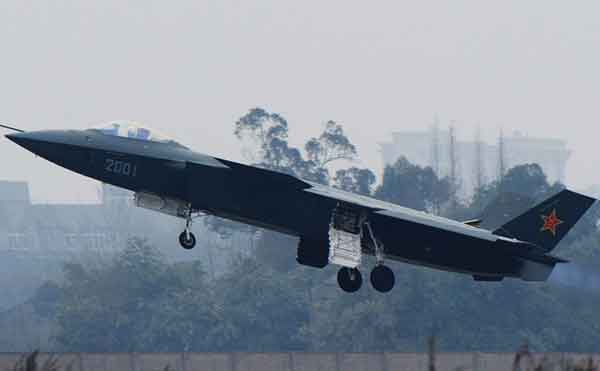 China’s leaders recognise that aerospace mastery is critical if it is to become a military superpower. The dragon is closing the technology gap with the US and Russia and it is likely to take a lead in niche areas before long. In future, America will probably judge the capability requirements of its armed forces – especially its air and naval forces – against China, not its traditional rival Russia. Should India be apprehensive about China’s advances in aerospace technology? The short answer is – Yes. China has invested heavily in both air and space and taken a big lead over India. And that lead is still widening.

Realising that it cannot be militarily stronger than the US in the foreseeable future, China’s strategic aim is simply to keep US forces as far from its shores as possible…

One of the most distinct features in an otherwise perplexing geopolitical scene is China’s rapid rise. It is already the pre-eminent Asian power and it hardly bothers to conceal its ambition to be a global superpower. Its remarkable economic, scientific and technological achievements go hand in hand with a comprehensive military modernisation programme. Consequently, its international profile is growing. It is becoming more assertive in its foreign policy, much to the dismay of its neighbours. The Chinese dragon is unfazed that its combative attitude is putting it at loggerheads with countries like India, Japan and the United States (US). Conversely, the US is wary of the prospect of military conflict with China and is finding it economically burdensome to maintain its longstanding military predominance in the Asia-Pacific region. China’s stance and the consequent threat to regional peace and stability, is naturally of concern to India too.

The Chinese leadership’s wide-ranging ‘Made in China 2025’ plan revealed in 2015, focuses on making the nation a global manufacturing power by 2025. It lays down clear goals for the period up to 2035 and then up to 2050. Its main emphasis is on manufacturing and it includes a sharp focus on innovation and technology – two pet themes of President Xi Jinping. Like the US and Russia, China sees advances in aerospace technology as a prestige symbol and crucial to military might. Accordingly, the action plan places aerospace technology close to the top of the list of ten key sectors that include information technology, artificial intelligence and robotics.

China’s military aerospace modernisation has advanced rapidly over the past two or three years. There are allegations that it has gained much of its technology illegally, especially so in aerospace. Analysts note striking similarities, for instance, between China’s advanced fighters and American and Russian combat jets. China has turned reverse engineering and hacking into a fine art as it strives to bridge the gap with the US in stealth aircraft, advanced missiles and Unmanned Aerial Vehicles (UAV). To be fair, China also acquires technology legally from the open market and skilfully adapts it to military use. It is acquiring stakes in many small but savvy US companies which in time, could give it unfettered access to advanced technologies. And it is developing expertise on its own, even forging ahead of its rivals in some fields.

Supercomputing is a telling example. Just two decades ago it was unthinkable that China might develop the world’s most powerful supercomputer. In the event, it holds that record from 2013 onwards, leaving the US far behind. China aims to be a world leader in artificial intelligence by 2030 and is sure to use this capability for military applications, especially aerospace. The US tries to impede the flow of dual-use technology and counter China’s industrial espionage efforts, but it is a losing battle due to the symbiotic relationship between the two giant economies. According to the 2017 Annual Report of the US-China Economic & Security Review Commission released in November 2017, China is seeking dominance in several high-tech areas in its pursuit of advanced weaponry. These include manoeuvrable missile warheads, hypersonic weapons, laser and beam weapons, electromagnetic rail-guns, counter-space weapons, and robots endowed with artificial intelligence. “China’s achievement of a surprise breakthrough in one of these technologies is possible, due to the secrecy surrounding these programmes and the uncertain nature of advanced weapons development in general,” the report says.

It is no coincidence that most of China’s objects of desire have a strong aerospace link. Realising that it cannot be militarily stronger than the US in the foreseeable future, China’s strategic aim is simply to keep US forces as far from its shores as possible. And it sees advanced aerial platforms and weaponry as the most potent way to achieve this goal. In turn, the White House’s National Security Strategy dated December 2017, considers China’s growing prowess, especially in aerospace technology, a threat to US military and economic might.

China has turned reverse engineering and hacking into a fine art as it strives to bridge the gap with the US in stealth aircraft, advanced missiles and Unmanned Aerial Vehicles (UAV)…

In February 2018, China announced that its fifth-generation Chengdu J-20A fighter had entered combat service. It is the first stealth jet of any nation other than the US to become operational. It is produced by the Aviation Industry Corporation of China (AVIC) which also builds the fifth-generation Shenyang FC-31 and the older FC-1 and FC-8 fighters, besides various types of UAVs. Chinese hackers are accused of misappropriating the designs of the Lockheed Martin F-22 Raptor and F-35 Lightning II which were then used by AVIC to develop the J-20A and FC-31 respectively. In fact, Su Bin, 51, a Chinese national, pleaded guilty to this charge and was se ntenced to 46 months in prison. Be that as it may, the debate now is about whether the Chinese clones of the F-22 and the F-35 can match the originals in combat. And the verdict is – highly unlikely.

While the FC-31 is yet to enter service, the J-20A is clearly underpowered. China has struggled to produce modern civilian and military jet engines since the turn of the century, with over $20 billion invested between 2010 and 2015 and another $300 billion expected over the next two decades. But it hasn’t yet managed to operationalise the indigenous Xian WS-15 engine, originally intended for the J-20A. Instead, it has been forced to use the WS-10B engine, that powers the fourth-generation J-10 and J-11 fighters which severely limits the J-20A’s capability, affects its manoeuverability and fuel efficiency as also deprives the jet of super-cruise capability. Super cruise allows stealth fighters to fly at supersonic speeds without using afterburners, which makes them harder to detect.

Another reason why the J-20A won’t match the US F-22 is that it needed a number of advanced technologies which the Chinese could not have mastered in such a short span of time, especially certain specialised techniques to reduce the radar and thermal signatures. But China could conceivably produce the inferior J-20A in large enough numbers to overwhelm the fewer F-22s and F-35s that America can field against it. 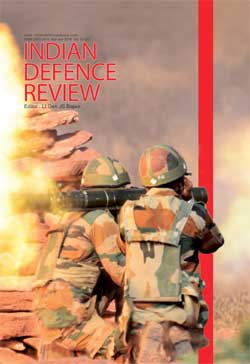 A February 2017 report of the International Institute for Strategic Studies (IISS) found that, “China appears to be reaching near-parity with the West” in various areas of military technology, including aerospace technology. It revealed that one Chinese AAM had no Western equivalent and that China seemed to have mastered the art of developing AAMs of various types including short-range missiles and in “what could be the world’s longest-range air-to-air missile”. The extra long-range AAMs are obviously against airborne support systems like the Airborne Warning and Control System (AWACS) aircraft and airborne refuelling tankers, to force them to keep a safe distance from China’s shores, where they will lose much of their military utility.