Do we need the Indian Army? 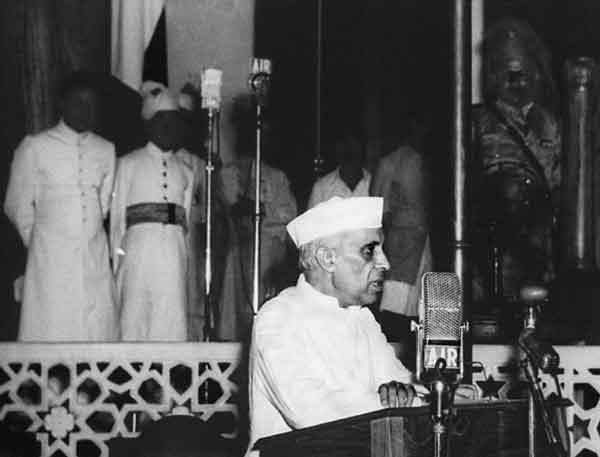 Pandit Nehru believed that the Indian Army was quite unnecessary, in fact dangerous, because generals seized power. Having struggled to gain power, even accepting partition of the Country in the process, the politicians were not going to lose it to some ambitious General! Also, we believed in Ahimsa and Panchsheel.

Since our neighbours had different philosophies, India suffered on account of this attitude.

That the Armed Forces are an important instrument of the State to be used in the best interests of a Nation was not the belief of Indian politicians nor the compliant bureaucrats.

India had an Army because we inherited it from the British not because we needed it. Since it was there it was made as toothless as possible. That the Armed Forces are an important instrument of the State to be used in the best interests of a Nation was not the belief of Indian politicians nor the compliant bureaucrats. This was due to both fear and ignorance.

The situation now is the opposite. Having created this huge organisation, after the Sino Indian Conflict, spending thousands of crores of precious public money every year no one knows how to make the best use of it. A few examples are necessary to illustrate.

It is well understood, even in India, that War is a continuation of the Policy (of the State) by other means. No one in his right senses would recommend War, till the ‘other means’ are fully exhausted.

If so, what are the issues which can lead to War? External threats come from external powers. The MEA handles International Relations till they can. Only when the situations go beyond them, are the Armed Forces called in for acting in the best interests of the Nation.

The MEA handles International Relations till they can. Only when the situations go beyond them, are the Armed Forces called in for acting in the best interests of the Nation.

If this be the modus operandi, closer interaction of the MEA and the Armed Forces would be in the best interest of the Nation. Though a few military officers do serve in our foreign missions, the Nation would gain by better integration of different services. Not only can the MEA be better aware of military capabilities, the MEA can utilise service officers to meet its shortage of diplomats. For this officers of the Armed Forces themselves must be better aware of International Relations, even pursue formal studies in Universities and receive any training the MEA may like to impart.

Next and more frequent utilisation of the Armed Forces is to combat the ever increasing Internal Threat. It is common knowledge that insurrections break out against self-serving and corrupt governance and  callous administration. The Army is called in to restore normalcy so that the same or similar corrupt Governments continue to govern. In doing so, the Army is often blamed for excesses. No one is interested in why the people were agitated in the first place or whether they are happy later. The governments are happy since the Army draws the flak, while they continue to (mis)rule. The ‘Intellectuals’ or the Academia living in the metros have only a hazy idea of the state of affairs, making ocassional trips to the capitals of the disturbed regions once in a while, pick up ‘grapevine’, to appear knowledgable. The Army, having first hand knowledge of the problems, produces no such ‘intellectuals’. Generals talk only of military affairs.

If the Army is to be involved so often to restore normalcy, it time to learn something about Governance. This was discouraged by the British. Their method of restoring normalcy was as seen at Jallianwala Bagh. Do Indians realise things have changed over 65 years? It is time for Army officers to learn the basics of Governance and administration and keep collecting their own Intelligence all the time.

It is time for Army officers to learn the basics of Governance and administration and keep collecting their own Intelligence all the time.

The Wars of 1947- 48, 1965, and Kargil Operations were thrust upon us, hence we had no options. But the 1962 and 1971 wars, our misadventure in Srilanka, and our numerous internal conflicts till date, should teach us many lessons.

The Sino Indian War was totally due our blunders by the MEA, and by the IB and to a lesser extent, incompetance of a few Army Generals. The Indian Public was never informed of the true picture.

Zhou En lai was the PM cum foreign minister of PRC.  A Conference was organised at Geneva on 08 May 54 to decide the future of Indo China. At the conference Zhou En lai emerged as the most clever and skillful diplomat who acted in the best interests of China. the Vietminh had defeated the French. Yet at the Conference Zhou worked out a deal with France to divide Vietnam at the 17th Parallel, let France rule South Vietnam to the exclusion of USA. Ho Chi Minh didn’t cry about a Chinese ‘Betrayal’. He gathered his forces to defeat yet another power and unified his Nation. Did we learn any lessons?

Mr Nehru trusted the Chinese blindly  thanks to poor Intelligence, even ignoring a written warning by Sardar Patel, the Dy PM, and resignation of General Thimayya.

In the Parliament India made much of Aksai Chin. What did we do when Aksai Chin was with us after 1947? Did any Indian even visit Aksai Chin? Or even fly over it to get an aerial view? We learned about the Chinese road years after its construction. Due to the Great Himalayan Range we find it difficult to maintain the people of Ladakh and Kargil. What would be our capability to maintain forces and civilians across the Karakoram Ranges in Aksai Chin? Who has calculated that? MEA or MHA? Has anyone analysed our requirement of Armed Forces to guard Aksai Chin? Is this kept in mind when our diplomats discuss the Border Dispute with China?

The War was a result of blunders by the MEA whose inputs were provided by the IB and directions of the PM, ignoring sane advice of the Army.

As part of Indian disinformation campaign, the Chinese are blamed for ‘aggression’ and ‘betrayal’ in 1962. This is utter rubbish as per all reports of the period; we don’t have to read the report of Henderson Brooks. The War was a result of blunders by the MEA whose inputs were provided by the IB and directions of the PM, ignoring sane advice of the Army.

Even now there is no hype of a ‘Chinese victory in 1962’ as we celebrate our victories of 1971 and others. In fact before the 62 Conflict, it was China which frequently called for talks that Mr Nehru rejected every time. The last such rejection was on 14 November 1962. What other option did China have but to teach the aggressive Indians a lesson? 50 years later do we have the moral courage to publish the truth?

If China wanted war with India, it has had many opportunities in the past. In 1962 itself China called for unilateral ceasefire and withdrew. China has shown no hostile activity in any Indo Pak War. In 1999 they did not support Pakistan’s aggression in Kargil. Economic rivalry, desire for access to the Indian Ocean and desire to dominate areas in the South China Sea cannot be seen as aggression on India.

It is NOT suggested that we give up our National interests to please China as we did in the 50s. We must understand Chinese actions in support of their own National interests and policies. Aggressive policies based on preconceived ideas and deliberate disinformation can be disastrous for the Nation, once again

…it is time to either utilise the Armed Forces optimally or do away with them to save precious resources for development of the Nation.

On the other hand Pakistan will continue its hostility against India and fish in troubled waters. It is their cheapest option. Therefore improvement of Governance in all parts of India is essential to defeat Pakistan’s designs. Since this will remain a utopian dream, the Army will have to be prepared to fight terrorism and insurgencies to support the misrule in various States. It would be in National interest if MHA consults the Army before taking major decisions such as location of NSG all over the Country and react to mass SMSs (Info War), but the MHA has many advisors to prevent this.

has been the BGS of a strike corps and commanded an infantry division (RAPID) in another strike corps. He was MGGS and COS of HQ Northern Command, Commandant of the Indian Military Academy and Colonel of the Jat Regt.

7 thoughts on “Do we need the Indian Army?”