While India seems well set on the path of becoming an economic power house, this castle is being built on shifting sand. India remains vulnerable as ever to the rouge nations in our neighbourhood and manipulating super powers (both existing and aspiring). India displays its utter dependence on matters of defence on borrowed plumes on the occasion of every Republic Day parade on 26th January.

Bulk of the equipment on display is of foreign origin. In matters of developing new weapons India has fallen behind countries like Brazil, South Africa and of course China, her regional rival and competitor. Even if one is to discount Pakistan with its screw-driver technology, even a tin-pot dictatorship regime like North Korea has bettered us in missile development. 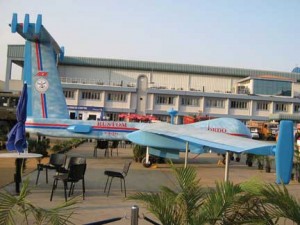 It is indeed wrong to think of defence research in isolation from the general problems associated with scientific research in India. In fact one of the causes of defence research lagging behind is this artificial divide between general research and defence research. The high walls and fences surrounding all Indian establishments are more than symbolic of this lack of interaction and connectivity between the two fields. The lack of connectivity between universities and research lab is another example. India may not be an island nation, but its scientific establishments surely are! It was indeed sad to hear the Defence Minister of India say that he intends to give priority to ‘indigenisation’, if this is the aim of a rising economic power in 21st century, then even God cannot save us.In India, defence research has come to mean ‘reverse engineering’ — dismantling an imported product and then copying it. Great emphasis was also paid to ‘import substitution’ or indigenisation of components of imported products. In addition, most of the emphasis has been on licensed production and transfer of technology. All this gave an illusion of scientific prowess. This approach ensured that there is no incentive to creativity. This killed the initiative of scientists to create anything new.

A soldier by the very nature of his profession is conservative when it comes to new technology. Even a great leader like Napoleon rejected steam ships and submarines “¦

The syndrome can best be understood when we see the spectacle of Indian factories year after year churning out MiGs, SS 11 B-1 wire guided anti-tank missiles and small arms that use technology that is 40 years old. License agreements prohibit any innovations and improvements. So when a newer Sukhoi-30 or MiG-29 or homing anti-tank missile comes on the horizon, we again import the technology and begin ‘license’ production. After all this we blame the aeronautical and other engineers from our IITs for being unpatriotic and migrating to the developed world!

To compound the above follies, we then created public sector monopolies and banned all private industry from so-called ‘strategic’ sectors like aviation or arms production. There has been some improvement of late but it is still a case of too little and too late.

The final folly was to make the armed forces the ultimate arbiters of defence technology. A soldier by the very nature of his profession is conservative when it comes to new technology. Even a great leader like Napoleon rejected steam ships and submarines when presented to him by the American Robert Fulton. The Emperor did not believe that ships without sails were possible. British historians credit the survival of their country against the threat of Napoleonic France to this short-sightedness.

The centralised, bureaucratic DRDO that lacks accountability then completes the circle.

There are three facets of the problem faced by the defence research in India. First is the peculiar civilisational apathy and mindset that is unique to India, second is structural and organisational weaknesses and third is political vested interests and corruption.

All nations and civilisations have a peace constituency, but nowhere is it as dominant as in India. The Sanskrit saying Yato Dharma, Tato Jaya (If we are righteous, then victory will be ours) best sums up the Indian thought.

Indian civilisation is essentially pacifist in nature. This is despite the fact that the essence of ancient Indian philosophy is the Bhagvat Gita, that has the Kurukshetra War of Mahabharata as a backdrop. Two factors seem to have contributed to this, one was that since most wars were internal conflicts, the Sages strived to keep the wars limited to armies and second was the influence of Buddhism/Jainism in later periods of Indian history.

All nations and civilisations have a peace constituency, but nowhere is it as dominant as in India. The Sanskrit saying Yato Dharma, Tato Jaya (If we are righteous, then victory will be ours) best sums up the Indian thought.