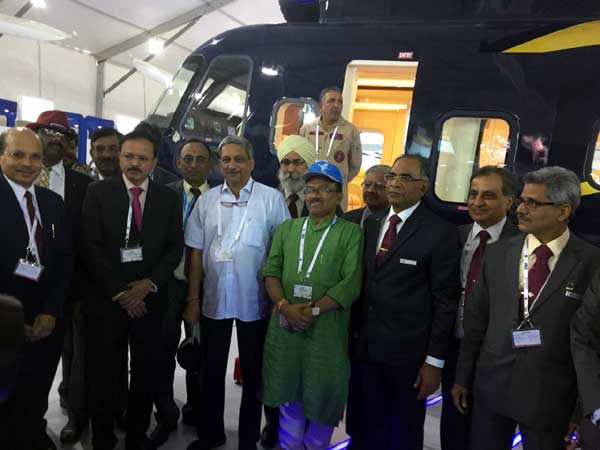 Hindustan Aeronautics Limited (HAL), Asia’s largest aerospace and defence major emerged as a show stopper during the inaugural day of the 11th edition of Aero India inaugurated by the Defence Minister Mr. Manohar Parrikar at Yelahanka.

The proposed IMRH will be powered by twin engines (to be identified), equipped with Automatic Flight Control System, state-of-the-art Mission systems, Advanced Cockpit Display and Avionic Systems, etc. to meet the Utility and Armed Roles of Indian Armed Forces.  A dedicated Naval variant is also planned.

Besides the domestic defence orders, HAL will target export orders, aiming to replace the ageing fleet of similar class of helicopters that are operational in more than 40 Air Forces around the world. 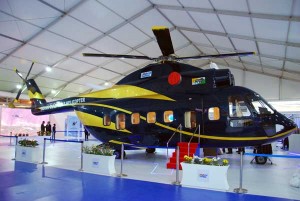 The Defence Minister also visited HAL stall and witnessed the products and technologies on display.

Earlier in the day, HAL put up a spectacular display of its indigenous products. The Light Utility Helicopter made its first appearance at the Aero Show and enthralled the large gathering.  The copter was flown by ED CTP (Chief Test Pilot). The LUH is powered by two Shakthi engines and inherits many technical features of the Advanced Light Helicopter.

In the fixed wing, the basic trainer aircraft, Hindustan Turbo Trainer (HTT-40) also flew for the first time with its spectacular display.  It was piloted by Wing Comdr C. Subramanyam. The Light Combat Aircraft (Tejas) underscored its strong presence yet again along with Su30 MKI, Do-228 and Hawk-i.