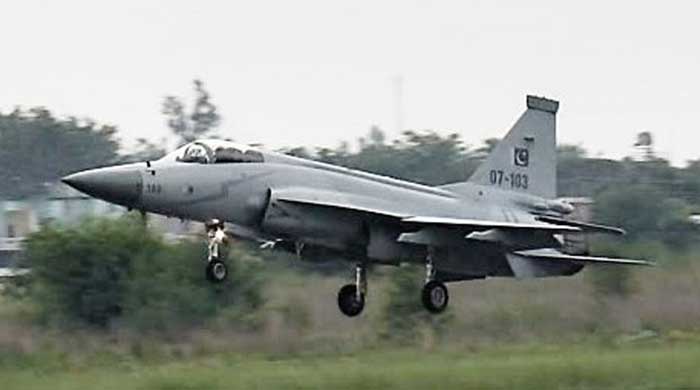 As per reports in the Chinese media, China is set to deliver 50 JF-17 Thunder combat jets to the Pakistan Air Force over the next three years. Li Pei, former Head of the aircraft project under the Aviation Industry Corporation of China, described the JF-17 as a major achievement in cooperation between Beijing and Islamabad in the defence sector. China’s Chengdu Aircraft will produce 50 jets for Pakistan over the next three years, Li told the state-run People’s Daily.

Pakistan has already received 60 jets from China since 2007. Ten of them were used by a test and evaluation unit of the Pakistan Air Force while 50 jets were assigned to two combat squadrons. Under the contract signed by the two countries, Pakistan will receive a total of 110 JF-17 jets. The JF-17 was jointly developed by Chengdu Aircraft Industry Group and Pakistan Aeronautical Complex. China will deliver fifty more JF-17 Thunder fighters to Pakistan over the next three years. Recently, eight JF-17 jets of the PAF escorted President Xi Jinping’s aircraft when it entered Pakistani airspace before his arrival in Islamabad on April 20, 2015.