The Boeing Company and the U.S. Army celebrated the opening of the newly renovated H-47 Chinook manufacturing facility today. The event coincided with the 50th anniversary of the H-47 Chinook’s first flight. 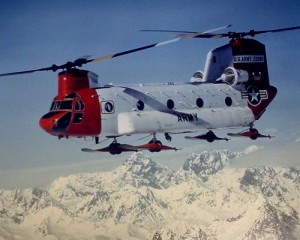 “Boeing has made a $130 million investment to create a world-leading aircraft manufacturing facility to support continuing U.S. and international demand for the unmatched vertical lift capabilities of the Chinook,” said Jean Chamberlin, vice president and general manager of Boeing’s Ridley Township-based Mobility division.

The factory renovations will allow Boeing to increase Chinook production rates to six aircraft per month, up from the current rate of four per month. The modern facility offers enhanced employee safety and comfort, lower operating costs and reduced environmental impact. The new facility is one of three Boeing facilities recognized for zero waste contribution to landfill.

In August 2008, Boeing was awarded the initial CH-47F multi-year contract to deliver 215 CH-47F Chinooks to the U.S. Army, generating more than $450 million in taxpayer savings over single-year procurements. To date, Boeing has delivered 143 CH-47F aircraft and trained and equipped eight units, including those in Germany and Hawaii. The CH-47F has completed nine deployments to Iraq and Afghanistan.

“This upgraded facility will allow Boeing to increase production and work toward securing a second CH-47F multi-year contract, with the potential to generate taxpayer savings in excess of $400 million,” said Chamberlin. “Multi-year contracts enable double-digit percentage savings for the taxpayer, and allow industry to make long-term investments in people, facilities, and technology.”

“The CH-47F is proving its exceptional capabilities every day in combat operations,” said U.S. Army Col. Bob Marion, project manager for Cargo Helicopters. “The technological advantages and improvements in the CH-47F are powerful combat multipliers that save soldiers’ lives and support overall contingency operations in theater. I am extremely proud of the Chinook team on this milestone 50-year achievement.”

The CH-47 Chinook’s first flight on Sept. 21, 1961, was followed by its first delivery to the U.S. Army in August 1962. In 1965, CH-47s entered combat as they deployed with the U.S. 1st Cavalry Division to Vietnam. Since that time, the Chinook has been continually modernized and upgraded, evolving into the technologically advanced and capable U.S. Army CH-47F and Special Operations MH-47G platforms in service today. The Chinook is in high demand with a growing number of defense forces worldwide.