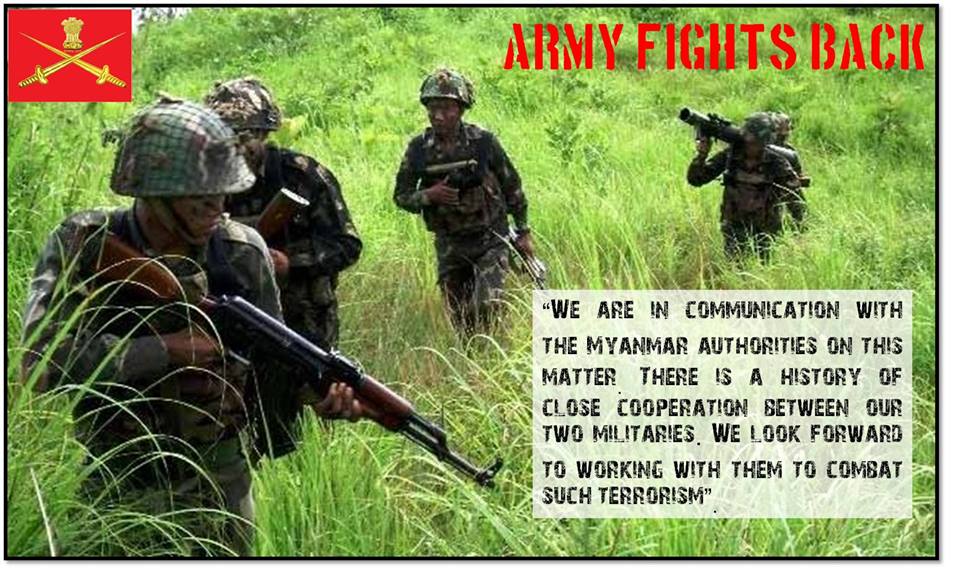 Army statement on operations in North East read out by Major General Ranbir Singh, Additional Director General of Military Operations (A) on 09 Jun 15 is appended below :-

“You are all aware that following the attack on our security personnel on 04 June 2015 in Chandel, Manipur, we have been on a high alert. In the course of the last few days, credible and specific intelligence was received about further attacks that were being planned within our territory. These attacks were to be carried out by some of the groups involved in earlier attacks on our security personnel and their allies.

In view of the imminent threat, an immediate response was necessary. Based on intelligence, we conducted operations to counter these planned assaults. Early this morning, the Indian Army engaged two separate groups of insurgents along the Indo- Myanmar border at two locations, along the Nagaland and Manipur borders. Significant casualties have been inflicted on them. As a consequence, threats to our civilian population and security forces were averted.

We are in communication with the Myanmar authorities on this matter. There is a history of close cooperation between our two militaries. We look forward to working with them to combat such terrorism.

While ensuring peace and tranquility along the border and in the border states, any threat to our security, safety and national integrity will meet a firm response”. 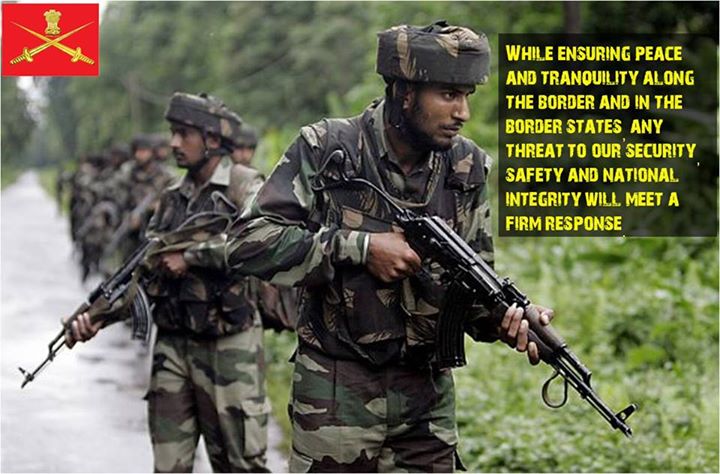 11 thoughts on “Army Statement on Operations in North East”