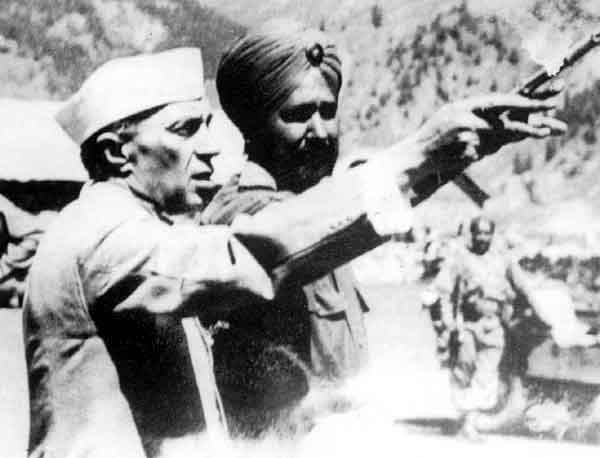 In any future conflict, New Delhi’s political will and the capabilities of the Indian military should be such that China and Pakistan are hard-pressed to defend Tibet and Lahore respectively instead of threatening Arunachal and Kashmir.

This is the foremost lesson of the humiliating defeat in 1962.

The oft-repeated rhetoric that ‘We will not allow 1962 to repeat itself,’ is a defeatist refrain revealing a sense of acute anxiety. Indian history is witness to the fact that defensive warfare is a loser’s game. We continue to hide behind the fortress mentality of the past. And therefore, in the event of conflict in the future, despite the rhetoric, India is doomed to face another humiliating debacle.

…if we generate offensive capabilities and flaunt it with an aim-plus to liberate large areas of Tibet, China will stand deterred.

In the last fifty years, the government did not build infrastructure in the Northeast or alternatively provide aerial wherewithal to enhance the mobility of the troops. Chinese, therefore will score goals by over running a fair amount of Indian Territory, simply bypassing major Indian defenses. However, if we generate offensive capabilities and flaunt it with an aim-plus to liberate large areas of Tibet, China will stand deterred.  In the Indian Ocean, the message by the Indian Navy should be similar on transit.

To win, one must always take the war to the enemy on multiple fronts by military, economic and diplomatic means. Also, the threat can be minimised by creation of alliances based on the Principle of ‘an enemy’s enemy is a friend’. Exploit the opportunity as the national interests of India and the USA in this respect coincide – both need to contain China. The Western Alliance, Japan, Taiwan, South Korea and countries such as Vietnam boast of similar synergy of purpose.

New Delhi will also need political leadership made of sterner stuff, with feet planted on terra firma and who refuse to blink, unlike Nehru. This possibly is the most difficult proposition in the current Indian environment!

“It is not the business of the C-in-C to tell the PM who is going to attack us where. In fact the Chinese will defend our NEFA Frontier. You mind only Kashmir and Pakistan.”

When apprised by General Cariappa of the Chinese threat, Prime Minister Jawaharlal Nehru flared up and said, “It is not the business of the C-in-C to tell the PM who is going to attack us where. In fact the Chinese will defend our NEFA Frontier. You mind only Kashmir and Pakistan.”

Using commonsense, if Nehru had made three discerning observations, he would have patted his C-in-C on the back with promises to spruce up military  capability immediately.  First, Mao’s claims based on 1946 Chinese maps that Tibet was the palm of a hand and its five fingers were Ladakh, Sikkim, Nepal, Bhutan and NEFA and all were Chinese territories that needed to be liberated, was adequate to alert  even a  mediocre  political leadership of the looming threat. Second, by slaughtering millions of innocents to take over the reins of China, Mao displayed unusual ruthlessness. South Block should have felt the heat of such a brutal adversary, who also claimed large chunks of the Indian territory. Third, despite assurances, Tibet was invaded and forcibly occupied by the PLA. This trait of deception and falsehood is unusually high amongst the Chinese and Pakistani leadership.

After taking over China, the Communists invaded Tibet and were next door to Nehru’s India and yet New Delhi remained in blissful slumber.

Interpretations of events in the neighbourhood did not require any ‘genius’ or advice from the Anglo-Saxons or the Indian Intelligence Bureau. Did Nehru actually believe that he could have had his way with the Chinese simply by ‘turning the other cheek’?

Nehru was being ‘unreal’!

The Chinese mounted a well-prepared attack on India even as know-all Nehru riding the high horse, displayed disdain for the military with: “We don’t need a defence plan, our policy is non-violence” or “We see no military threats, scrap the Army.”

Will the leadership of any nation knock on the doors of the United Nations when it’s army is winning?

In a hurry to emerge as the pre-eminent leader of Asia, he forgot to ask Beijing or Islamabad if they concurred with his beliefs or if they were willing to be led by him. It turned out to be a unilateral exercise and  one-way conversation that landed India in deep trouble.

Will the leadership of any nation knock on the doors of the United Nations when it’s army is winning?  In 1948, the Indian Army was on a winning spree in Jammu and Kashmir and it was merely a matter of time before Pakistani invaders were ejected from the entire state. But Nehru halted the forward march of the Indian Army and approached the UN.

Refusing to learn, he repeated the mistake in 1962 when the Indian Army had plenty of Brigades in reserve, though ill-clad and ill-equipped, and a superior air power at its disposal. Another folly Nehru committed was by not seeking the advice of his military commanders. Instead he politicised and diluted the military command and control structure by inflicting upon it an unqualified and incompetent General in the lead role who fell sick and pretended to command the corps in the thick of war from his sickbed in New Delhi.

India thus inherited perpetual twin-security headache due to the serious mistakes committed by the first Prime Minister. Sixty-five years later, thanks to Nehruvian policies, China and Pakistan pose an integrated two-front nightmare while the Indian armed forces remain disjointed and lack integration. In addition to the multiple enemies, including the insurgents, the Indian Armed Forces have to battle with the Ministry of Defence for their legitimate dues.

The PLA onslaught in 1962 saw the Indian defenses crumbling. Nehru felt that the Chinese would walk away with the entire eastern sector. In desperation he wrote to Kennedy for immediate dispatch of military aid of twelve squadrons of supersonic all-weather fighters and the setting up of radar communications.

India had adequate army brigades in reserve to launch a counter attack in coordination with the Air Force.

Nehru’s IB Chief B.N Mullick warned that the Chinese would bomb Indian cities in case the IAF was employed in a combat role. Due to lack of objectivity, the Prime Minister could not discern that since there had been a colossal intelligence failure by Mullick’s agency, the advice was in any case suspect. Mullick was clueless on matters military. American Ambassador Galbraith proffered similar advice over- estimating Chinese capabilities. Strange but true, Nehru did not seek the professional advice of his Chief of the Air Staff who was confident that the IAF had the capability to turn the tide.

India had adequate army brigades in reserve to launch a counter attack in coordination with the Air Force. The Chinese Air Force was weak in comparison and positioned far away without midair refueling capabilities. Across the border, Chinese infrastructure was fragile and the supply lines were long and vulnerable. Their appreciation was correct that in any well-planned counter attack by India, the PLA would be hard-pressed to defend itself, particularly as harsh winters were setting in. The Chinese, therefore, intelligently announced unilateral ceasefire and withdrawal from some areas.

Instead of planning a bold counter-attack, Nehru, who had lost his nerves totally by now, was relieved and took the bait. 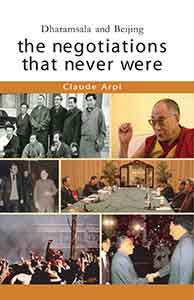 If the political leadership gets unnerved with a few initial reverses, it has a cascading effect demoralising the military instantly. Listening to professional advice rendered by the military is critical. In 1971, Indira Gandhi was wiser, listening to her military commanders and the Indian Armed Forces delivered victory.

Proper integration of the military to form theatre commands and cross-integration of the Ministry of Defence with Services Headquarters to enhance professionalism, are essential if India wants to ensure that in a future conflict, the adversary is hard pressed to defend Tibet or Lahore, instead of attempting to unhook Arunachal or Kashmir.