Home  >  Spotlights  > Geopolitics  >  With the Taliban on Its Side, Beijing Mulls Making India “Inconsequential” in Afghanistan

With the Taliban on Its Side, Beijing Mulls Making India “Inconsequential” in Afghanistan 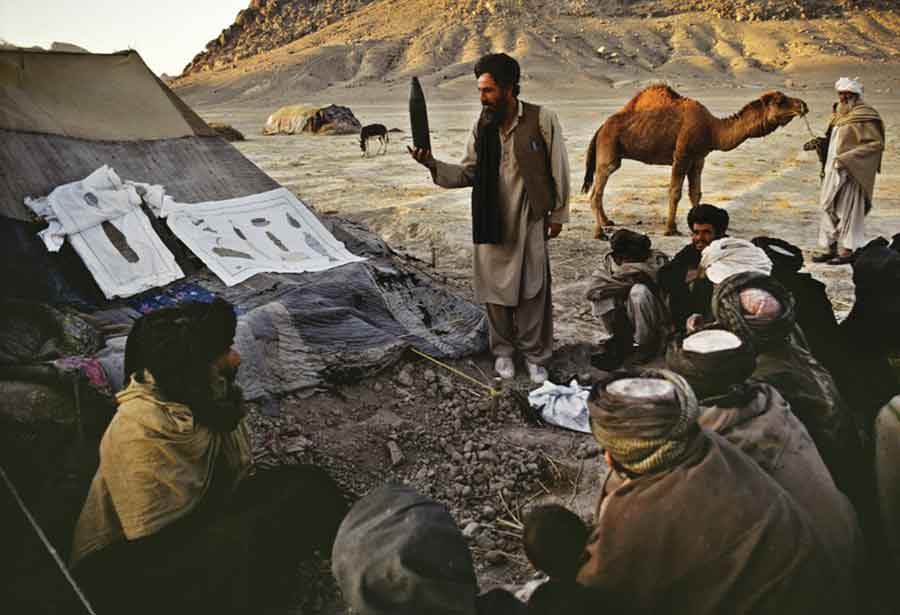 As China gears up for “seizing the golden opportunity” in Afghanistan under the Taliban, a key component of Beijing’s Afghan strategy is to render the Indian role there “inconsequential.”

What does China-Taliban “bonhomie” in a Taliban-ruled Afghanistan indicate for India? Numerous speculative analyses have been voiced in the past one month in India, and many more will follow in the coming days. So far, disappointingly, the usual cliched, routine and unimaginative interpretations are being offered, i.e., now is the time India should discard its policy of non-alignment; in addition to the Taliban takeover, a friendly, pro-Beijing Taliban is not only a foreign policy setback  but it is also a blow to India’s national security concerns; it will mean India being pushed into deeper conflicts with both Beijing and Islamabad, and so on.

Let us view the real situation from another perspective. How should India measure China’s advantage(s) under a pro-Beijing regime in Kabul? Should India be anxious/concerned over the so-called China, Russia, Iran and Pakistan ‘new Quad’? Why is there a broad consensus among China’s scholars that an “ambitious” India must be rendered “inconsequential” in an Afghanistan full of uncertainties? Why are analysts in Beijing asserting that because Afghanistan is a small part of India’s strategy, the US folly in Afghanistan will not deter New Delhi from going ahead and upgrading relations with Washington into “a quasi-alliance relationship”?

During the past fortnight, following the chaotic US troop withdrawal from Afghanistan, there has been a “tsunami” of editorials, op-ed pieces and commentaries in the Chinese offline and online media. Interestingly, on the popularity scale, the opinion pieces written by the Chinese scholars and analysts have been in the range of 10,000 to over 100, 000 clicks. Indeed, most of these articles and opinion columns are focused on or highlight the rapidly changing political situation and the stakes for China under the Taliban-ruled Afghanistan. However, ten days ago, an article uploaded on the website of the popular digital guancha.cn showed a surprisingly and unusually large number of clicks – as high as close to 400,000!

What attracted such a huge number of readers to the article? Possibly, two factors. First, the popularity and huge-swell of readership for its author – Francis Fukuyama; second and more important reason is the title of the article in the Chinese version: “Biden says US troop withdrawal is to prepare to better deal with China and Russia Challenge. I hope Biden is serious.” The Chinese translation of Fukuyama’s write-up was based on his article in the Economist, three days before, titled “Francis Fukuyama on the end of American hegemony.” The article in Chinese also generated over six hundred “comments” from the readers – an unusually high number.

Interestingly, just like Fukuyama’s commentary attracted reactions from the Chinese readers from wider society, last Tuesday, within hours of the US completing the withdrawal, an article entitled (in Chinese) “India suffers a severe strategic blow in a changing Afghanistan” clicked nearly 200,000 visitors. Edited by guancha.cn staffer Chen Sijia, the article in Chinese was based on an Indian analysis by a former Lt Gen on a digital news and current affairs platform, entitled “India backed the wrong horse in Afghanistan, and has gone into a strategic sulk now.” The Indian analysis claims “India’s actions in Afghanistan stem more out of pique for the triumph of radical Taliban and its mentor Pakistan, and less due to the lack of strategic options.”

However, the guancha.cn picked up theIndian article for entirely different reasons – reasons perhaps India’s strategic affairs or China-watcher community are yet to pay attention to.

First, though true that after the US initiated the peace talks with the Taliban in Doha in 2018, all major countries involved in Afghanistan except India have engaged with the Taliban to safeguard their respective interests. However, not unsurprisingly, as soon as Washington disclosed President Trump was contemplating a possible full troop withdrawal from Afghanistan, Beijing instantly swung into action and began holding consultations with Islamabad on its future Afghan strategy. A sputniknews.cn editorial (in Chinese) had then commented: “Following reports in the US media of the [Trump] administration planning to vacate half of its 14,000 forces in Afghanistan, the US plan to withdraw troops has emerged as a major agenda for China and Pakistan.”

Second, in December 2018, Hua Chunying, the Chinese spokesperson denied at a routine foreign ministry press briefing that the hurriedly called meeting between the foreign ministers from China and Pakistan in the Chinese capital Beijing was to discuss the issue of the US withdrawal from Afghanistan. However, she did admit the two foreign ministers met to deliberate on the “most recent changes” in Afghanistan. It is pertinent to mention, China has since been proactively and carefully recalibrating its moves – primarily aimed at safeguarding its investments and ongoing project in region, especially in Pakistan’s CPEC (China Pakistan Economic Corridor) region – together with Pakistan and both the Taliban forces and the Kabul government. As it was revealed in a recent report in the semi-official Global Times, “The all-weather strategic cooperative partnership between China and Pakistan enabled the two countries to act in coordination on the Afghan situation, bringing about positive changes to the region.”

Third, it is important to point out what are key components in China’s strategy to safeguard its investments in Af-Pak border region and in the CPEC under the Belt and Road Initiative? Two factors. First, to keep India out of Afghanistan; second, if at all India manages to adjust its policies and restores contact with the Taliban, make the Indian role under the Taliban ruled Afghanistan inconsequential, as was observed by a now retired senior PLA colonel in a guest column in the NYT. Marginalizing India in the post-US era Afghanistan will result in more than one advantage for China. Namely, the Indian opposition to BRI’s signature CPEC initiative will become totally ineffective; this will further facilitate China to smoothly expand Beijing’s efforts in financing and building infrastructure across the region, which in turn will extend the Belt-and-Road access to markets in the Middle East; and given the tense relationship between India and Pakistan, the Taliban-Pakistan-China “troika” will ensure India is not allowed to create trouble in both Pakistan’s troubled Baluchistan region and plot and execute terrorist strikes especially targeting the Chinese construction projects and the Chinese personnel, as both China and Pakistan have been accusing India of “engineering” recently.

It is in this backdrop, the increased relevance of the Taliban commitment made to Beijing recently must be understood. At the same time, it is important to note that Beijing has already started downplaying the significance of the recent meeting between the Indian ambassador to Qatar and Sher Mohammad Abbas Stanekzai, the head of the Taliban’s Political Office. Reacting to the outcome of the meeting held in Doha on last Tuesday, a news daily in Beijing commented: “No information suggests that the Taliban has shown [to India] the sort of goodwill it has demonstrated to China.”

Furthermore, a Taliban spokesperson Muhammed Suhail Shaheen told media earlier that “if India comes to Afghanistan militarily and has presence there, that will not be good for them.” Furthermore, Qian Feng, director of the research department at the Beijing’s prestigious Tsinghua University has said in an interview: “India’s past strategy has pushed itself into embarrassment. It cannot make a U-turn in its Afghan policies, neither can it cast aside geopolitical influence of the US and its Western allies.”

Finally, in Beijing’s view, India must blame itself for the mess it is in following the chaos left behind by the US in Afghanistan. According to the Global Times, if India designs its regional policies simply on the basis of countering China or pandering to the US, these policies are bound to fail. Lan Jianxue, head of the Department for Asia-Pacific Studies at China Institute of International Studies, told the Global Times “To some extent, this is going to jeopardize India from keeping influence in the region.”

One thought on “With the Taliban on Its Side, Beijing Mulls Making India “Inconsequential” in Afghanistan”