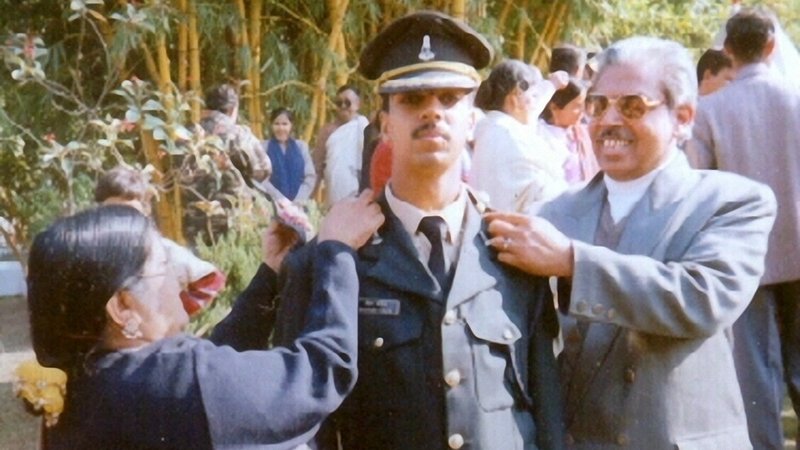 This is the story of a young officer, all of 23 years and his five brave soldiers who sacrificed their lives for us. They did not get martyrdom in a best thinkable way, that is, fighting the enemy but by being tortured slowly for 22-23 days and were finally shot dead.

I wrote about these 6 valiant soldiers in 2009 on 10th anniversary of Kargil war and again I am feeling compelled to remind the nation of the story of supreme sacrifice of Lt. Saurabh Kalia and his five men.

17 years ago, during this time of the year, we were at war with Pakistan. Pakistan guerrillas along with regular Pakistan army had crossed over the Line of Control (LOC) and occupied number of strategically located peaks in Kargil, Dras, Mushkoh, Turtuk sectors, all along the National Highway from Srinagar to Leh (NH 1A). Entire nation and Indian Army was surprised and was trying to gauge the extent of intrusion.

In first week of May 1999 two shepherds – Tashi Namgyal and Tresing Morup reported seeing few strangers on the ridgeline in Batalik Sector. A patrol from 3 PUNJAB was sent to verify the report. Lt Saurabh Kalia of 4 JAT was to lead a patrol in Kaksar area but they had to return because of heavy snow.

Saurabh was born to Dr. N.K. Kalia, a senior scientist at the Council of Scientific and Industrial Research and Vijay Kalia in Palampur, Himachal Pradesh on June 29th 1976. He was brilliant academically and wanted to become a doctor but destiny had a place reserved in history for him.

Graduated in 1997, he appeared for CDS (Combined Defence Services) exam when all his friends skipped the exam for a movie. He was rejected twice by Army’s medical panel – once for heart murmur and a second time for tonsils. But his persistence paid off, he joined IMA Dehradun and got commissioned in 4 JAT on 12th Dec 1998.

On 14th May 1999, 4 JAT decided to send another patrol to Bajrang Post. A JCO (Junior Commissioned Officer) was to lead the patrol but in true spirit and tradition of Indian Army, Lt. Kalia volunteered and lead the patrol. Other members of patrol were: –

Again due to bad weather, they had to postpone their patrol by 24 hours. They started next day and were just short of their objective at 3:30 PM, when they were fired upon by the enemy positioned at the peak. Lt. Kalia’s party fired back reported the incident to battalion headquarter and asked for reinforcement. Soon they ran out of ammunition. Before Indian reinforcement could arrive, Lt. Kalia’s patrol was captured alive by the enemy.

What they went through for next 22-23 days is best described as hell in all religious books. They were tortured slowly every day for the entire duration. Their eye balls were removed; ear drums were punctured; nose and lips were smashed; private parts were chopped; index finger, which is used to fire, was cut; cigarette burns were all over their bodies; right arm and shoulder were broken; back of the head was smashed with rifle butt so badly that part of the brain was visible and finally they were shot dead. Imagine their resolve that all this brutality could not break their morale and spirit, enemy had to shoot them in frustration.

While all this was happening, his family was totally unaware of it. His father did not even know that Lt. Kalia’s patrol was captured on 15th May. On 31st May, The Tribune reported “The intrusion in the area was detected by Lt. V.K. Kalia and his patrol party. His party is missing since then but Skardu Radio in Pakistan has announced that they have captured the men alive”. Initials in this report were incorrect, so Dr Kalia thought that some other unfortunate officer got captured.

There was another reason for Dr. Kalia’s assumption. He had received a letter from his son dated 10th May and the news had quoted 6th May as the incident date.

On 7thJune, Indian Express reported same incident with correct name but with incorrect date – “On the morning on May 6th, 1999 Lt. Saurabh Kalia led a patrol of 5 men in Kaksar area and is missing since then. Army sources say he is missing but officers and Jawans of his unit say they saw him being hit by enemy fire”.

Dr Kalia was grief stricken but Saurabh’s letter of 10th May kept his fading hopes alive. On 8th June, Dr. Kalia could not resist calling Army HQ. That phone call killed his last ray of hope. Army HQ confirmed that Saurabh’s patrol had been missing since 15th May, 1999.

9th June was the fateful day when mutilated bodies of Lt. Kalia and his men were handed over by Pakistan Army. At 2PM, Doordarshan confirmed the arrival of bodies. Army HQ called Dr Kalia to inform the same. Vaibhav Kalia, younger brother of Lt. Kalia, went to identify the body and in his own words “Saurabh’ face was the size of my finger, eyebrow was the only visible feature, there were no eyes, no jaw, nothing. There were cigarette burns all over his face. My parents could not have seen him”.

Entire nation came out to share grief of the families of all six soldiers. 8000 people were present in Palampur to receive Saurabh’s tricoloured wrapped body.

On being commissioned in 4 JAT, Saurabh said to his mother “Today I am proud that I have joined 4 JAT and  one day JAT Regiment would be proud that Saurabh Kalia joined this Regiment” Keeping his words, he made 4 JAT, Indian Army and entire nation proud.

Ironically his first salary was credited after his dead body came home. His father has preserved everything related to Lt. Kalia – his uniform, personal belongings, letters, childhood toys, shoes, alarm clock, bottle of Chelpark ink, poster of Aishwarya Rai that he had in his room in IMA, and over 1 lac letters that Dr Kalia received from people all over the world. If you ever go to Palampur, please visit Dr Kalia to re-assure them that nation has not forgotten the sacrifice their son made in the line of duty.