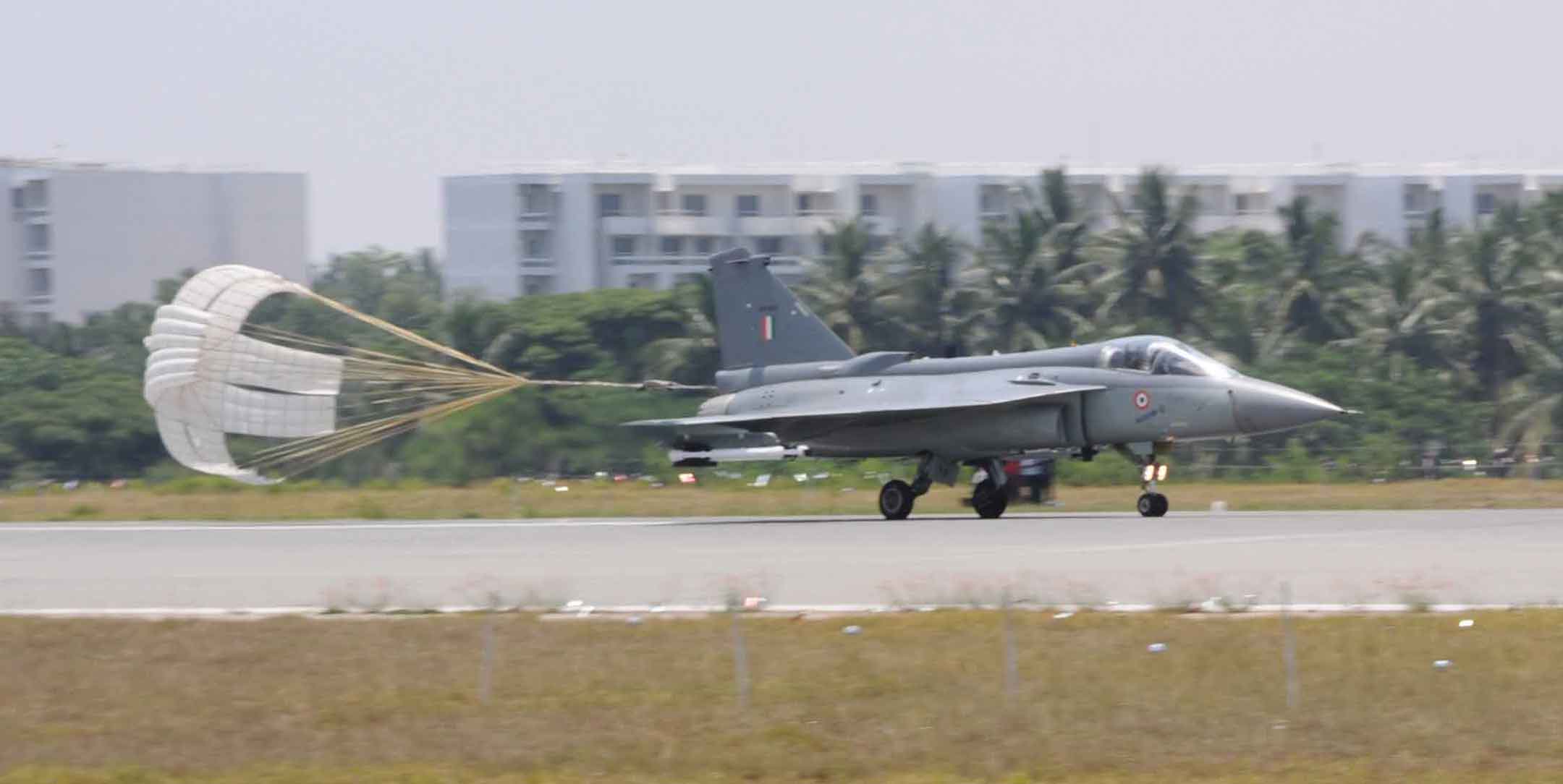 To summarise then, we are at a point where MMRCA is an absolutely massive victory for Dassault and the Rafale.  The challenge for Dassault over the next nine to twelve months is hanging on to this victory and emerging out the other side with a contract that is signed, sealed and delivered.

Virtually in parallel with MMRCA the IAF will be running another major programme and that is the Fifth Generation Fighter Aircraft (FGFA), the Sukhoi T-50 PAK-FA. This is a collaborative effort with Sukhoi, and the India partner in the programme will be HAL, with the aircraft due to enter service from 2017 onwards.

Assuming MMRCA is resolved and the FGFA programme delivers the promised capability to schedule, then from 2017 onwards the IAF will be shaping up as one of the most formidable air forces in Asia.

In total the IAF intends to acquire 166 single-seat and 48 twin-seat variants of the PAK-FA, according to a statement by the IAF commander in October 2011. This is an interesting turn of events, as initially the IAF intention was to have the bulk of its PAK-FA fleet as twin-seat aircraft and it was also looking at acquiring 250 aircraft. There are also concerns about Indian industrial involvement in the programme, in terms of technology transfer and financial investment.

Assuming MMRCA is resolved and the FGFA programme delivers the promised capability to schedule, then from 2017 onwards the IAF will be shaping up as one of the most formidable air forces in Asia.  However, IAF capabilities are not just about what is to enter service from 2017 onwards. As things stand they have plenty of capability in service and on course to enter service before 2017.

If one aircraft reflects the transformation of IAF capabilities to those of an advanced air force it is the Sukhoi Su-30MKI.  In November 1996 India placed a $1.8 billion contract with Irkut covering the supply of 40 aircraft (a contract for an additional ten was placed in September 1998). The first eight Sukhoi Su-30 entered IAF service in June 1997, but these were an initial capability based on the Su-30K and did not reflect the full Su-30MKI configuration. 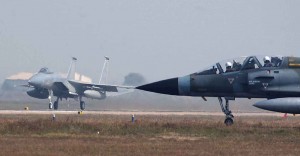 An Indian Air Force (IAF) Dassault Mirage 2000TH moves towards the runway during a Cope India exercise with the US Air Force in India. In July 2011 the IAF signed a contract with Dassault and Thales that will see its Mirage 2000H/TH force of 51 aircraft upgraded.

What was significant about the Su-30MKI is that the IAF had gotten Irkut and the Russian authorities to agree to the integration of foreign avionics into the aircraft. This saw systems from Thales, Elbit of Israel and other European companies used and the end result was a superior combat system. Also included on the Su-30MKI are systems of Indian origin.

India signed contracts to produce 140 Su-30MKI aircraft under licence at HAL Nasik, all of these aircraft are due to be delivered by 2014.  Russia production of the Su-30MKI will eventually amount to 132 aircraft, with total IAF Su-30MKI purchases amounting to 272 aircraft. Thus far three IAF Su-30MKI aircraft have been attrition losses, two in 2009 (April and November) and one more in December 2011.

The IAF intends to upgrade the capabilities of its Su-30MKI fleet through the installation of advanced avionics, such as AESA radar, and new weapon system options. The first upgrade programme is due to commence in 2012 and ongoing upgrade programmes are expected over the next twenty years.

Numbers as a measure of strength are seen as very important by the IAF, hence the constant references to the fact that they only have just over 33 combat squadrons instead of the sanctioned 39. This focus on numbers has seen the IAF more forward on numerous upgrade and life extension programmes for existing combat aircraft assets. An example of this is the indigenous upgrade to some 38 MiG-27M aircraft developed in India and carried out by HAL.

For IAF increasing emphasis must be put on training, maintenance and sustaining the force, critical areas that up to now have tended to be ignored.

Another upgrade programme saw RAC MiG in Russia awarded a contract to upgrade the IAF MiG-29/MiG-29UB fleet. Originally this programme was for 62 aircraft, but attrition has reduced the numbers to 60. More recently, in July 2011, India awarded Thales and Dassault a contract to upgrade the IAF Mirage 2000H/TH fleet. HAL will play a major role in both the MiG-29 and Mirage 2000 upgrades.

The IAF selected the SEPECAT Jaguar for its Deep Penetration Strike Aircraft Requirement (DPSA) in 1979. The majority of the aircraft ordered by the IAF, 128 in total, were built by HAL in India. The Jaguar is highly rated in India and this led to the generation of an upgrade requirement to feature new engines, avionics and the integration of new weapons. The winner of the Jaguar upgrade programme has yet to be announced, but as with the other upgrade programmes the majority of the work will be carried out by HAL.

This brief analysis demonstrates that the IAF has truly become an air force to be reckoned with, programmes such as FGFA, MMRCA and the Sukhoi Su-30MKI are conclusive proof of that fact.  There are more procurement programmes in prospect for a range of transport aircraft, tankers, AEW&C aircraft and a host of other systems.

There are also significant issues for the IAF to confront if its future objectives are to be met. As we have seen the IAF operates some very sophisticated combat aircraft and future programmes call for even more sophistication. Where the IAF has had problems is in the area of pilot training, a deficiency that has translated into a horrendous aircraft attrition rate and currently there is thought to be a shortage of some 400 pilots.

Action is being taken to deal with the training issue, for example the selection of the BAE Systems Hawk Mk132 for the Advanced Jet Trainer (AJT) role. The IAF ordered 66 Hawk Mk132, with 42 being built at HAL, then a second batch of 57 were ordered, with 40 for the IAF and 17 for the Indian Navy.

At the lower end of the training aircraft spectrum, the IAF is to replace its HAL HPT-32 basic trainers. The plan is to purchase 75 aircraft, with an option on 105 more that would be manufactured under license by HAL.  After looking at five different options, the IAF is now moving to purchase the Pilatus PC-7 MkII for this requirement and 75 will be acquired at an estimated contract value of $550 million.

The IAF is emerging as a real force in the Asian air power environment and is rapidly adding impressive capabilities. However, increasing emphasis must be put on training, maintenance and sustaining the force, critical areas that up to now have tended to be ignored.