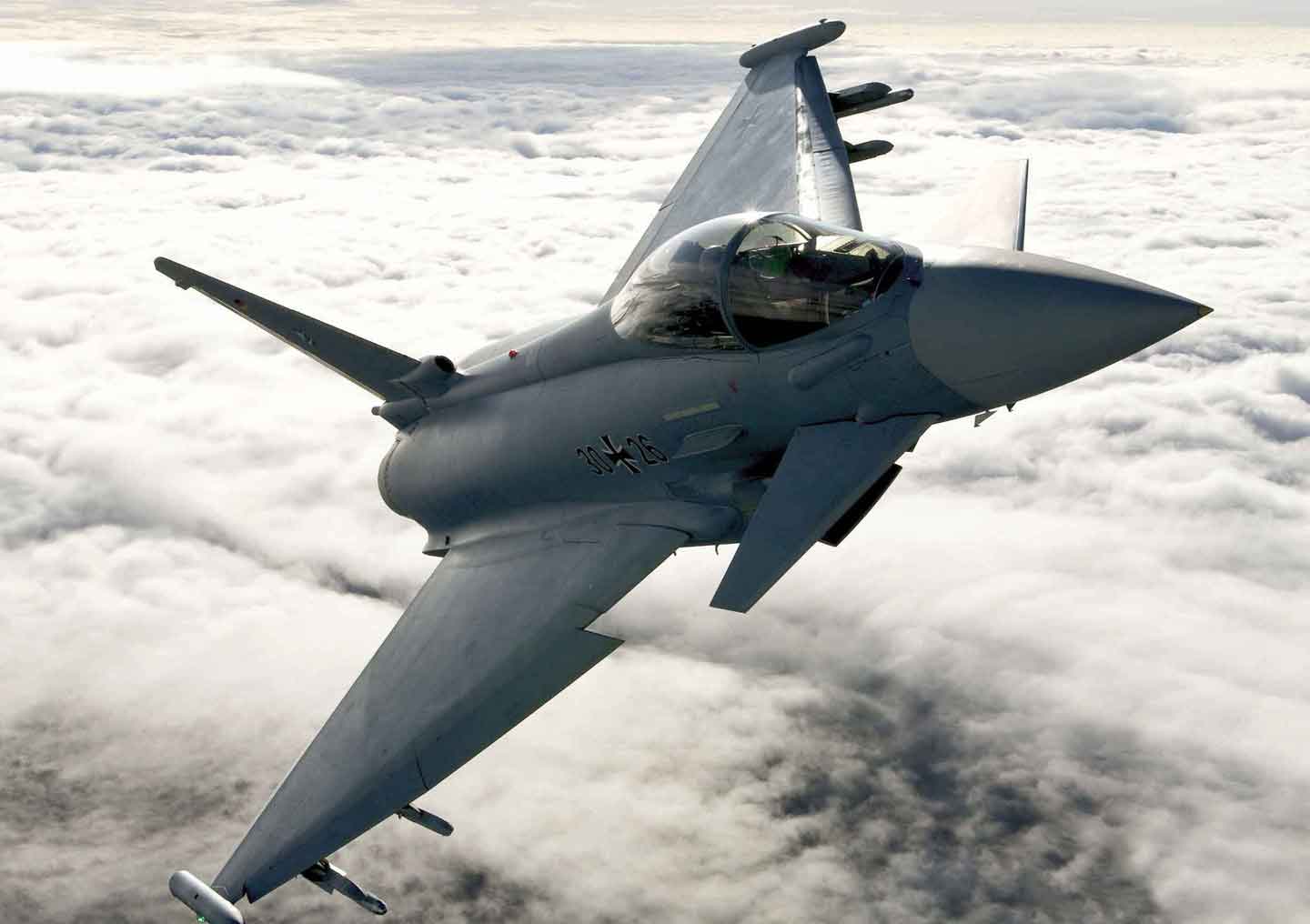 For Eurofighter (a German Air Force example is shown here), winning the Indian Air Force (IAF) Medium Multi Role Combat Aircraft (MMRCA) programme was immensely important and would have allowed them to build on previous export success in Austria and Saudi Arabia. The fact that India appears to have slipped from their grasp is a massive blow.

One country that certainly has a top tier supplier position in India is Russia, a position that builds on India’s links with the former Soviet Union.  In the 1960s as a part of its non-aligned political status India starting discussing the purchase of defence equipment from the Soviet Union.  From the IAF perspective this led initially to the acquisition of two advanced combat aircraft types in the form of the Mikoyan MiG-21 and the Sukhoi Su-7. Subsequently India would be granted license production rights for the MiG-21 with HAL manufacturing the aircraft.

Indian requirements for the Rafale could increase even further, as the Indian Navy is looking at its options regarding a new carrier fighter for its future fleet of indigenous aircraft carriers.

The Soviet Union became the leading supplier of defence equipment to India, and as far as the IAF was concerned this would see the arrival of combat types such as the MiG-23, MiG-25, MiG-27 and MiG-29. Also delivered were Antonov and Ilyushin transport aircraft and Mil helicopters.  The collapse of the Soviet Union was a disaster for the Indian military as spares for its Soviet-supplied equipment became virtually impossible to obtain.

It took until the mid-1990s, and the emergence of Russia as a credible defence equipment supplier, for India to start resolving its Soviet parts problems. This also created the possibility for Russia to assume the mantle of the Soviet Union as a major equipment supplier. But in the gap between the fall of the Soviet Union and the arrival of Russia, other suppliers had stepped in to fill the breach, for example Israel.  Despite this Russia is still a significant player in India.

The traditional supplier relationships with India that we have described still have some importance, but things have changed in India.  Its economic transformation and increasing wealth have made India a key market for the aerospace and defence industry, and India is fully aware of the lure of its market. Having real requirements and the money to pay for them gives India the ability to impose extremely favourable offset and technology transfer terms, as well as the ability to demand state-of-the-art defence systems.

The IAF MMRCA programme to acquire 126 new combat aircraft is without doubt one of the most important and hotly contested fighter programmes of recent years.  Six contenders emerged for the programme in the shape of the Boeing F/A-18E/F Super Hornet, Dassault Rafale, Eurofighter Typhoon, Lockheed Martin F-16IN, RAC MiG-35 and the Saab Gripen.  After an extensive evaluation of all the contenders, conducted both in India and overseas, the IAF announced that its choice for MMRCA would be between the Dassault Rafale and the Eurofighter Typhoon.

The first Sukhoi T-50 PAK-FA prototype flew in January 2010, with the aircraft providing the basis for the Indian Air Force (IAF) Fifth Generation Fighter Aircraft (FGFA) requirement. The IAF will order 214 PAK-FA and the aircraft is due to reach initial operational capability in India in 2017.

The Indian Ministry of Defence (IMoD) had hoped to announce the winner of the MMRCA competition by the end of December 2011, but as 2011 ended there were suspicions that India would delay progress on MMRCA. The fact that Indian rupee was losing value against the major trading currencies, added to the fact that the MMRCA was already massively increasing in price seemed to make it inevitable that this programme would be delayed.

Surprisingly India did not delay the programme, and at the end of January 2012 IMoD announced that Dassault was the preferred bidder for the MMRCA programme.  In confirmation of this a Letter Of Intent (LOI) was issued to Dassault and this will set the scene for contractual negotiations to commence between the French company and IMoD. These negotiations are expected to last between nine and 12 months, and on their conclusion the full and final MMRCA contract is due to be signed.

The first HAL manufactured aircraft will be delivered in 2017/2018 and Indian sources indicate that the anticipated production rate will be six aircraft per year. That would mean that MMRCA production at HAL would take place over 18 years!

According to reports out of India, the MMRCA programme is now set to cost some $15.125 billion.   Apparently cost was the key differentiator between the two European aircraft; there are reports that Rafale was $5 million cheaper per aircraft in terms of direct acquisition cost. Furthermore Rafale also had a significant cost advantage in the category of Life Cycle Cost (LCC), i.e. the costs incurred over the projected 40-year, 6,000 flight hour operational life of the aircraft in the IAF.

As things stand at present, the MMRCA programme is still predicated on 126 combat aircraft amounting to six operational squadrons. The IAF will seek to add another 63 aircraft to this number, a total of three more squadrons, but the timing of this move will be subject to negotiation. Potentially IAF Rafale offtake could exceed 200 aircraft.

Indian requirements for the Rafale could increase even further, as the Indian Navy is looking at its options regarding a new carrier fighter for its future fleet of indigenous aircraft carriers. As Rafale is carrier-compatible and proven in service with the French Navy, its chances of obtaining an Indian Navy order are now very strong. Depending on the evolution of the Indian carrier programme some 40-60 combat aircraft could be required, with the potential to double this total.

The challenge for Dassault over the next nine to twelve months is hanging on to this victory and emerging out the other side with a contract that is signed, sealed and delivered.

Regarding the initial 126 MMRCA aircraft, the intention is that the first 18 aircraft will be completely manufactured in France and delivered to India in mid-2015/mid-2016; the exact date is dependent on the contract negotiation.  In parallel with this, work will commence on the transfer of technology to allow the construction of a Rafale production line at HAL in India.   The first HAL manufactured aircraft will be delivered in 2017/2018 and Indian sources indicate that the anticipated production rate will be six aircraft per year. That would mean that MMRCA production at HAL would take place over 18 years!

A word of caution needs to be expressed at this point. Yes Dassault is currently the preferred bidder, but contract negotiations in India have a habit of taking a long time and there is always the potential for negotiations to break down and throw the whole MMRCA effort into chaos. As things stand there is still a long way to go until France can consider the MMRCA deal as locked in and ready to go.

At the time of writing EADS were considering whether to submit a new lower priced Typhoon bid for MMRCA, although this would be unsolicited by IMoD. Then of course the potential impact of politics on the MMRCA process needs to be considered, if the opposition parties in India see MMRCA as a tool to attack the government they will not hesitate to use it. The end result could be disruption of the programme and delays.