The Great Upsurge of 1857: Historical sites in Meerut Cantonment

Old Cemetery on the Golf Course: Oldest existing monument of Meerut Cantt and was in use between the year of its establishment and 1810. In the 19th century it was known as the Portuguese Cemetery with a Greek grave having been reported existing in it in 1898 (which could not be identified in 1904). During the early 1800s, Europeans of many different nationalities, other then those of the British Isles, made Meerut their home.

The British formally arrived in Meerut in 1803, through a treaty with the Marathas. The cantonment of Meerut was established in 1806 with specific strategic interests including its proximity to Delhi and its location within the fertile Ganges – Yamuna doab. With time Meerut evolved into one of the largest and most important military stations of India.

The St. John’s Church: Construction of the Church began in 1818 and it was consecrated in 1822. A tablet within the Church states that it was the first church of the Northern Provinces.

In 1857, Meerut cantonment had three Native (Indian) Regiments and three British Regiments stationed within it, which together formed the Meerut Garrison operating under the East India Company. These two wings of the Garrison lived in two separate parts of the cantonment, the northern part being for the European regiments and the southern half for the Native regiments. These two sections were separated by about a kilometre of open land through which flowed the Abu Nala, a canal designed to carry fresh water to the city which with time started carrying sewage due to the rise of population around it.

The three Native regiments stationed in Meerut in 1857 were two infantry – the 11th and the 20th NI and one cavalry – the 3rd Native Light Cavalry Regiment. The native part of Meerut Cantt also had within it the main bazaar of the cantonment, the Sadar Bazaar.

In the European section of Meerut Cantt there was one cavalry regiment, one infantry regiment as well as the Artillery School of instruction that had been recently shifted here from Calcutta (Kalikota). The Mall Road was the main road running East – West within this part of Meerut Cantt, with some important establishments as well officer’s bungalows along it. 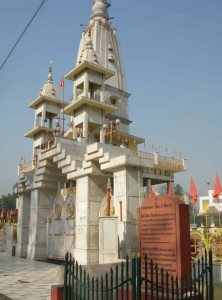 The Kali Paltan Mandir: The temple stood at the junction of the lines of the 20th and 11th Native Infantry Regiments. It was originally a small shrine of Maratha architecture. Believed to be the site for sermons by a fakir accused of instigating troops of the native regiments. The fakir, is believed to have marched off to Delhi with the native troops.

Recorded activities related to the Great Upsurge in Meerut begin with the arrival of a fakir (a sadhu) in April, 1857. He established his camp at the Suraj Kund, and had been seen travelling to Ambala about two months prior to having arrived in Meerut. His sermons to the civil population of the station as well as the sepoys who flocked to his discourses unnerved the civil British authorities and they ordered him to vacate his place of residence. He then went and started living within the lines of the 20th Native Infantry.

The commandant of the 3rd Native Cavalry Regiment, Col Carmychael Smyth ordered the holding of a parade to be held on the 24th of April, 1857, to teach the sepoys (sowars) of his regiment a new drill for using the cartridges of the Enfield Rifle which had been recently issued to them. On the night of 23rd April, 1857, the sepoys (sowars) of his regiment had taken an oath in the name of the Holy Ganges and the Koran that they will refuse to use the cartridges at the parade to be held the next day.

At the parade held on the 24th of April, out of 90 carabineers of the 3rd Cavalry present, 85 refused to touch the disputed cartridges. A court of inquiry was instituted on the 25th of April and subsequently these 85 sepoys (sowars) were tried at a special court-martial held on the 6th, 7th and 8th of May, 1857. These sepoys (sowars) were awarded a punishment of 10 years rigorous imprisonment, the term of punishment for five from among them having been later reduced to five years in consideration of their age.

Between 24th April and 9th May, 1857, many incendiary fires were noted within Meerut Cantt which were lit by firing burning arrows at buildings having thatched roofs. One such building was the Barrack Master’s Godown which was burnt on the 6th of May. The Company authorities mistook these to having been the caused by the extreme summer heat.

On the 9th of May, 1857, a special parade of the whole Meerut Garrison was called out at the British Infantry Parade Ground situated in the heart of the European segment of Meerut Cantt. The parade was called to teach the sepoys a lesson and instill a sense of fear within their minds for British authority so that they, in future, did not have the gumption to disobey European orders. 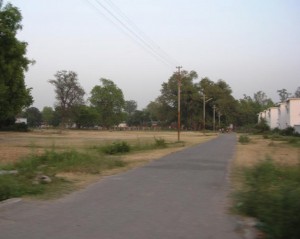 At the parade the garrison stood along three sides of a square with the condemned soldiers in the centre. The Indian soldiers came in without issue of ammunition and dismounted. The European regiments came in fully armed, mounted and the artillery came with its guns. The sepoys were made to stand in such a way that if they tried to commit even a single act in support of their condemned comrades, they would be immediately brought down by the European soldiers around them.

After the order of punishment was read out, the uniforms of the 85 condemned native soldiers were publicly torn and blacksmiths hammered shackles on them in front of the whole garrison. These native soldiers were shouting at their comrades for help and also against their commander as well as others present for having been converted from uniformed soldiers into common criminals. The sepoys of the three Native regiments stood through those two hours or so, with their heads bowed and shame writ large on their faces.

After the parade was over, the British authorities thought that the spirit of the sepoys had been chained, but the public humiliation of their comrades made unbearable the seething anger lying buried within the hearts of the sepoys as well as the rest of the population of Meerut.

The next day, the 10th of May, was a Sunday. It was a hot day and many Indian servants did not report for work in British houses. Being a holiday many British soldiers and officers had come down to Sadar Bazaar from the European part of the cantonment for recreation. 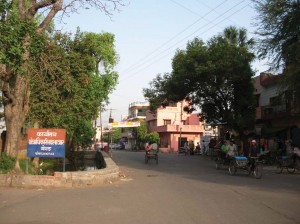 Sadar Bazaar and the Police Street.

At about 5.30 in the evening a rumour went through Sadar Bazaar that British regiments were coming to take away the arms of Native Regiments. This was the proverbial spark that lit the haystack and ignited the latent fire of anger lying within the hearts of the residents of Meerut as well as the sepoys.

Any European found within Sadar Bazaar was immediately attacked, the residents of the bazaar being led in many cases by police of Sadar Kotwali, who came out with unsheathed swords, as well as cantonment peons in uniform. The sepoys present in the bazaar ran to their lines, broke the locks on the bells of arms and after arming themselves collecting on the parade grounds. 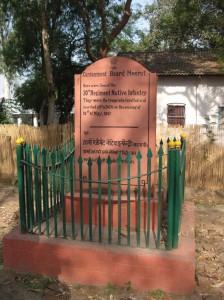 In the meanwhile, some soldiers of the 3rd Native Cavalry Regiment, armed and on horseback, rode from their lines straight to the New Jail. They passed through the city exhorting its residents to rise against British rule. After reaching the jail, they broke open the barracks in which their imprisoned comrades resided, released them and got their shackles cut by blacksmiths. They then rode together straight to a village on the outskirts of Meerut, on the main Delhi Road, called Rithani. Here there was a meeting of all the sepoys of the three native regiments who had decided to take up arms against British Rule. Everyone present was informed that they had to reach Delhi and take over the imperial city. This was done the next day, 11th of May, and thus began the War of Independence, 1857.

Craigie’s Bridge: The two halves of Meerut Cantonment, European and Indian, were divided by the Abu Nala, originally a fresh water canal dug during the rule of Jahangir. Five bridges existed on the Abu Nala in 1857.

The bungalows of British residents in the native part of Meerut Cantt were attacked by mobs from the Sadar Bazaar and the city. Only one incidence of shooting is reported from the European half of Meerut Cantt. All Europeans who had died on the 10th were buried at the St. John’s Cemetery. The unidentified bodies were put up for identification at the theatre on the Mall Road before being buried. The British authorities created an artificial fortification to protect themselves against attacks by Indian revolutionaries and stayed confined to Meerut Cantt for most part till the fall of Delhi.

The British retaliation was swift and severe. The number of Indian deaths in retaliatory attacks on villages can never be calculated as no list exist giving details of the total number of villages destroyed in retaliatory strikes by British authorities, with no records of deaths through hangings in Meerut city having ever been kept. They were random trials through kangaroo courts, a part of the legacy of 1857 forever buried in the mists of history. 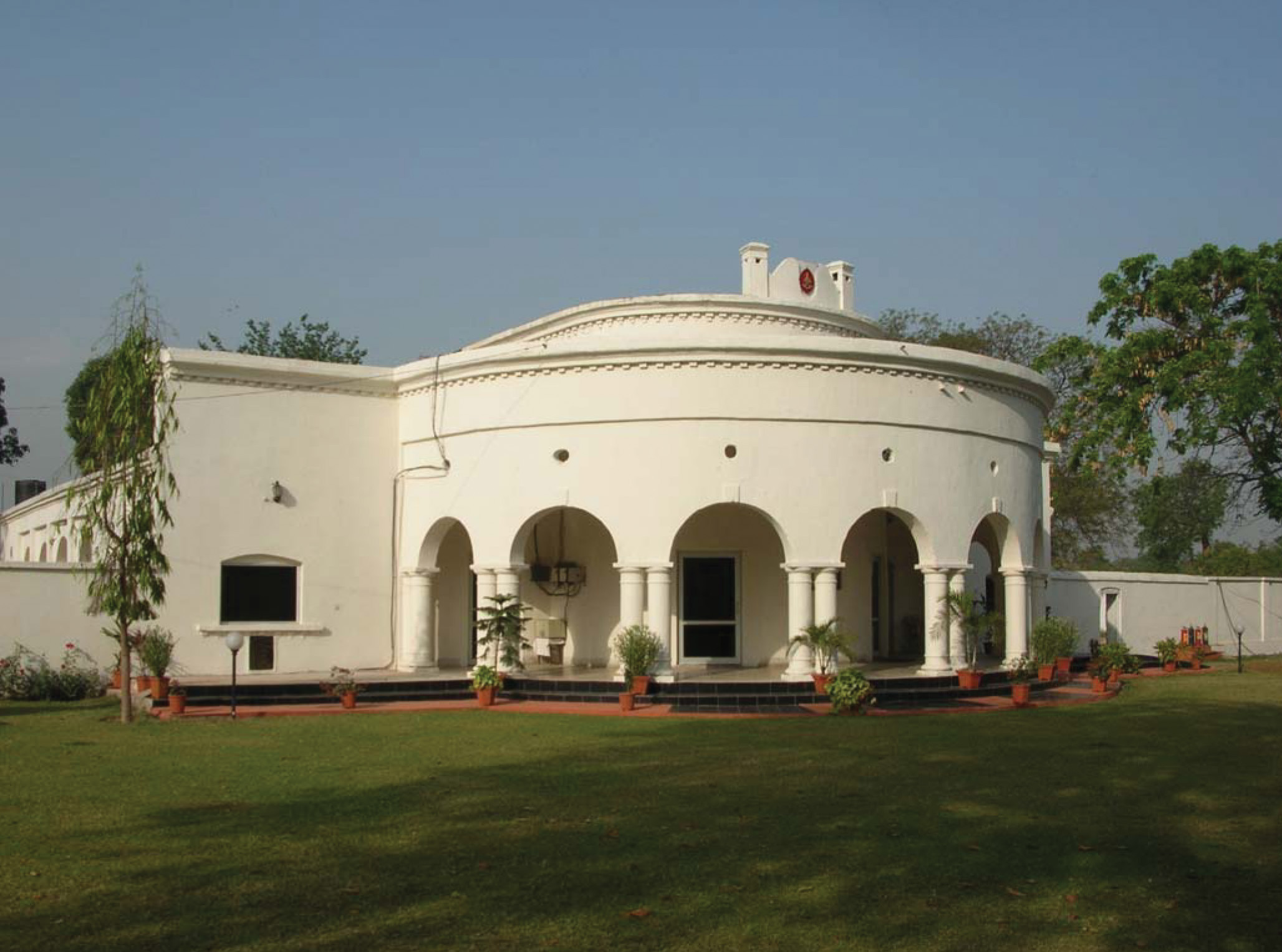 House of Mrs Chambers: At present a Mess On the evening of 10th May, 1857, the building was surrounded by a mob from the city and the bazaar. Mrs. Chambers was alone in the house on that fateful day. She tried to run and hide in a field of `chari’ that existed within the campus of the bungalow, behind the main building. She was not able to escape and was killed near a well that can still be identified behind the building.

Dr Amit Pathak, is a practicing Radiologist at Meerut.

18 thoughts on “The Great Upsurge of 1857: Historical sites in Meerut Cantonment”