Home  >  Spotlights  > Military & Aerospace  >  Shortage of officers is the root-cause

Shortage of officers is the root-cause 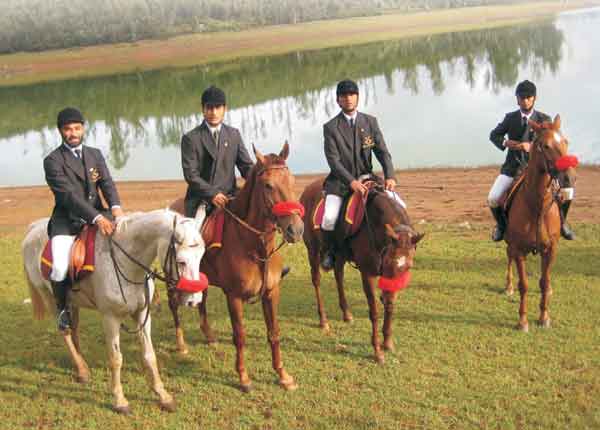 Independent India is 65 years old. If the nation remains united today, the credit goes entirely to the armed forces. They continue to be the sole source of hope for this beleaguered country. They are the last bastion against the fissiparous forces that are inimical to its existence. Therefore, every issue that affects the well-being of the armed forces must be taken seriously.

Indian soldiers fought a war in sub-zero temperatures in lofty Himalayas without proper winter clothing in 1962 without a word of protest… Why have the soldiers become so restless? Where have the things gone wrong?

The recent incident at Sambha is a cause of grave concern. Without sounding alarmist, there are three developments that do not portend well for the health of the army – increasing cases of suicides and fratricide; growing tendency to approach courts for justice; and recent cases of collective indiscipline. Such occurrences were extremely rare earlier.

Indian soldiers are reputed for their mental and physical robustness. They fought a war in sub-zero temperatures in lofty Himalayas without proper winter clothing in 1962 without a word of protest. Have there been any disquieting changes that are compelling them to resort to desperate acts? Why have the soldiers become so restless? Where have the things gone wrong?

Cases of Suicide and Fratricide

On 08 August 2012, the Defence Minister informed the Rajya Sabha that a total of 1,028 soldiers from the army had committed suicide since 2003. During the same period lives of 80 soldiers were lost due to fratricide. There were 102 cases of suicide in 2011 and 62 soldiers had taken their lives till July this year. According to the studies conducted by the Defence Institute of Psychological Research, stress is one of the key factors that drive soldiers to take the extreme step.

Challenges in military life are different from those faced by civilians, both in terms of emotional security, psychological equilibrium and physical well-being.

Although stress is a biological term, it is commonly used in a metaphorical sense. It has also come to be accepted as a euphemism for describing difficulties faced by an individual. Failure to adapt to challenges results in perceiving them as threats, which in turn generates pressures. Extreme pressures become stress. When stress surpasses ability to handle, it becomes a threat to both physical and emotional well-being.

Challenges in military life are different from those faced by civilians, both in terms of emotional security, psychological equilibrium and physical well-being. Resultant stresses generate the “fight-or-flight” response in many soldiers.

Rapport, which is a function of inter-personal communication between a commander and his troops, is the best protection against stress related break-downs. Therefore, suicides and fratricides are entirely due to the lack of necessary interaction between officers and their men.

There has been an exponential increase in the number of court cases being filed by service personnel to seek justice. Over one lakh cases pertaining to the armed forces personnel are pending in various courts and the trend has acquired alarming dimensions. The most important reason for the surfeit of court cases is loss of confidence in the fairness of the system. Soldiers feel aggrieved when they feel deprived of their rightful due, leading to dissentions and litigations.

Most non-statutory and statutory complaints keep shuttling up and down on technicalities, without the complainants getting any response.

The army has an institutionalised arrangement for an effective internal complaint-redressal mechanism. While the commanders keep the troops informed of the latest issues through ‘sainik sammelans’, soldiers can seek audience with their commanders (‘arzi report’) to apprise them of their complaint and seek redressal. If not satisfied, they can submit written appeals to the Chief (non-statutory complaints) and the Government (statutory complaints).

Unfortunately, the above mechanism has become defunct and lost its credibility. Interview or ‘Arzi Report’ has degenerated into a worthless ritual. Most non-statutory and statutory complaints keep shuttling up and down on technicalities, without the complainants getting any response.

As officers are hardly available to attend to troops’ grievances, soldiers feel neglected and are forced to knock at the doors of the courts. Once again, the reason is lack of regular interaction between the officers and the troops.

Collective indiscipline in a unit is highly ominous. Indian soldiers are too disciplined to resort to insubordination unless driven to it. They are inherently very strong mentally and have a very high threshold of endurance.

A large number of grievances are due to lack of information and are misplaced. A minor misconception or misunderstanding can take the form of major dissent if not noticed and addressed in time.

Such incidents do not occur as a result of impulsive outburst but are a manifestation of simmering discontentment over a long period. Unconfirmed reports, conjectures and even rumours can give rise to antagonism against the organisation.

A large number of grievances are due to lack of information and are misplaced. A minor misconception or misunderstanding can take the form of major dissent if not noticed and addressed in time. As per press reports, false news of the death of a soldier in the hospital acted as a trigger for collective indiscipline in an artillery unit in Leh. Had the leaders been in regular communication with the troops, they could have scotched the rumour and prevented the events from taking an ugly turn.

Through regular interaction, vigilant commanders can learn about issues of disconcert and take necessary steps to put the soldiers at ease. It is certainly a failure of command, purely due to lack of required communication with troops.

Shortage of Officers is Proving Perilous

Management of stress faced by troops and redressal of their grievances are command functions. Regular interaction acts as a safety valve – perceptive leaders can discern warning signals and take steps to prevent acts of desperation by some over-stressed soldiers.

The army is facing a shortage of a whopping 26 percent – carrying a deficiency of over 12,000 officers against the sanctioned strength of 46,500.

The current worrisome developments show that the existing bond of camaraderie between the officers and the men is becoming tenuous due to a dilution of communication between commanders and the soldiers.

Acute shortage of officers is the primary cause for the increasing gulf between the officers and the men.

All units are being asked to make do with ‘hard scale’ of officers’ strength. With normal commitment of courses, temporary duties, annual leave and attachments, some units have to function with 7 to 9 officers. Resultantly, a company which should have 4-5 officers is being manned by a single officer. It is well nigh impossible for him either to know all soldiers in his company or to look after their welfare adequately.

Quite unfairly, a commanding officer is expected to train and administer his unit with a handful of officers – a most daunting task. Command of a unit has become an unenviable challenge.

The army is facing a shortage of a whopping 26 percent – carrying a deficiency of over 12,000 officers against the sanctioned strength of 46,500. Authorities are rightly seized of the matter and the intake is being increased. But it will take decades for the deficiencies to be made up fully.

There is a need to take immediate action to mitigate the problem to the extent possible. Some recommendations are as follows:-

To many, the above suggestions may appear to be too radical. But drastic problems need drastic cures. It must be appreciated that units are the real punch of the army and allowing the current drift to continue can prove perilous.

9 thoughts on “Shortage of officers is the root-cause”