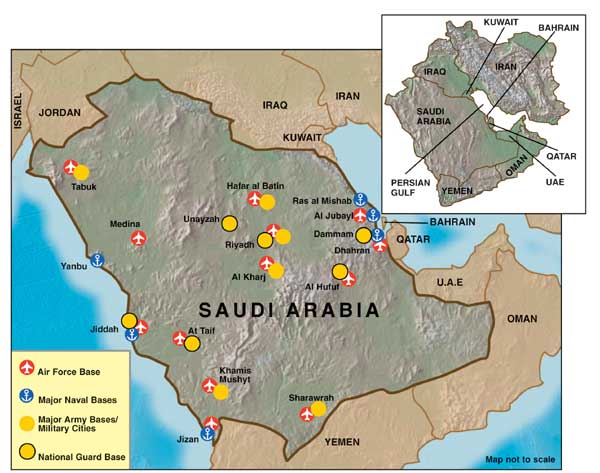 One and a half years after it began a military intervention in Yemen, Saudi Arabia has not achieved any significant gains. The war in Yemen is proving to be costly for the Saudi economy which if facing serious financial strain due to low oil prices. The intervention is all the more problematic because it has failed to resolve the Yemeni stand-off while aggravating the humanitarian crisis.

In March 2015, when Saudi Arabia along with eight Arab allies, namely Bahrain, Egypt, Jordan, Kuwait, Morocco, Qatar, Sudan and the UAE, decided to intervene in Yemen, it aimed to achieve two short-term objectives – restoration of the Hadi government in Sana’a and forcing the Houthi rebels to return to the negotiations table. As of October 2016, neither the Houthi leadership has acceded to international pressures to resume negotiations nor have they withdrawn from Sana’a.

The lack of any significant success in resolving the crisis has exposed Saudi weaknesses both internally and externally. It is faced with a barrage of international criticisms as the coalition air strikes have led to hundreds of civilian deaths. UN Secretary-General Ban Ki-moon has on several occasions raised concerns about the Saudi-led coalition airstrikes in Yemen.

In June this year, the UN added Saudi Arabia in the list of countries systematically violating children’s rights for causing large number of deaths of Yemeni children. Subsequently, Saudi Arabia was removed from the list under pressure. It is estimated that the coalition strikes have killed more than 500 children and injured another 600. International human rights organizations including Human Rights Watch and Amnesty International and humanitarian aid groups working in Yemen too have been critical of Saudi-led action for causing large co-lateral damage in civilian areas.

There is also a degree of uneasiness within the kingdom on account of the ongoing military action in Yemen. Many Saudi citizens have expressed veiled criticism of the “military adventure” on social media. The government has been forced to start a propaganda campaign touting its achievements in the war. For instance, on 3 October the pro-government Arabic Daily Al-Riyadh published a commentary with graphics highlighting the achievements of the Saudi military. Though the focus was on justification of Saudi Arabia’s huge defence bill in the last five years, the underlining tone of justifying military intervention in Yemen could hardly be missed.

The writer argued that the Saudi-led coalition strikes not only strengthens the Saudi borders alongside Yemen but also protects the Yemeni state from disintegrating. Ironically, the coalition intervention has worsened the situation as the number of cross-border strikes has increased while Yemen is on the cusp of de facto partition.

The Houthi rebels have refused to accede to the demands of going back to the pre-February 2015 position when they formed the Revolutionary Committee to govern the country. On the other hand, they have strengthened their position with former president Ali Abdullah Saleh joining hands with them along with continued Iranian support. International efforts to end the war and find a negotiated settlement have not succeeded as both sides refuse to compromise. The UN-led peace negotiations have remained in limbo since August 2016 when it was suspended because of Houthi insistence on a comprehensive agreement on political and security arrangements rather than a roadmap towards resolution.

Saudi Arabia has reasons to be worried about the situation in Yemen as it threatens its internal security due to activities by Houthi rebels in border areas and strikes inside Saudi territory, especially in Najran and Asir provinces. Houthi missiles have also targeted other cities including allegedly the Holy cities of Mecca and Medina. On 10 October Saudi Arabia announced that it has intercepted missiles near Taif aimed at Mecca. Later the Houthis announced that the missile was targeted at the Jeddah International Airport.

The same day missiles fired from Houthi-controlled territories targeted the US Naval destroyer USS Mason in the Red Sea off the coast of Yemen, though they failed to reach the ship. It evoked a response from the US and three days later, for the first time, the US directly targeted Houthi-held territories. Further, the civil war threatens to undo achievements of the US-led counter terrorism operation against the AQAP, as taking benefit from the situation, the terrorist group has strengthened its position in eastern parts and now controls a substantial area.

Saudi Arabia’s anxiety also emanates from the fear that Iran is trying to gain a foothold in Yemen through the Houthis. The Kingdom sees Iran as a strategic adversary and has increasingly lost ground to it in the regional competition for influence since the 2003 Iraq war and the trend has accelerated since 2011. Its position in Syria, Lebanon and Iraq vis-à-vis Iran has weakened due to geopolitical changes, the US-Iran nuclear agreement and Riyadh’s lack of strategic depth. Saudi ability to rely on the diplomacy of financial aid has been hampered due to low oil prices. Riyadh, hence, feels the heat against Tehran that has increasingly gained influence in regional matters.

Saudi Arabia faces a herculean task in Yemen. It has not been able to achieve any significant success against the Houthi rebels who have refused to step down from their position. The cost of war, both financial and strategic, is increasing and it has not been able to force Houthis to accept the legitimacy of Hadi government.

There is a dangerous stalemate and the two sides have refused to deescalate the situation, largely because of their external supporters. Countries such as Egypt (October 2016) and the UAE (June 2016) that were on-board with Saudi Arabia have withdrawn from coalition’s military action because of the increasing costs of war.

The initial Saudi calculus was that the military campaign would be short and the Houthi rebels will accept a forced solution within weeks. Saudi Arabia has to find a respectable exit from its Yemen conundrum but a resolution is not in sight.