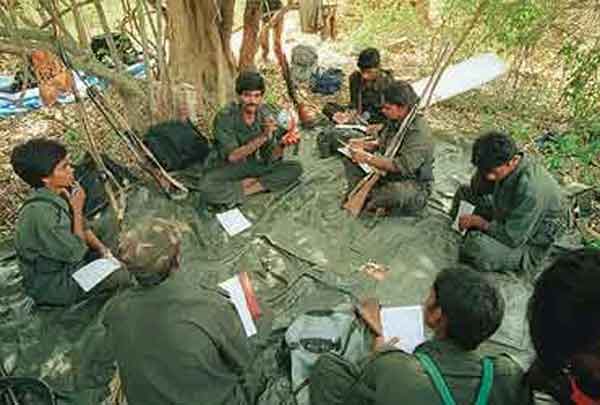 The recent dreadful attack by the Communist Party of India (Maoist), Maoists in short, on the joint team of Central Reserve Police Force (CRPF) including elite elements of Commando Battalion for Resolute Action (CoBRA), District Reserve Guard (DRG) and Special Task Force (STF) at Terram, on the border of Bijapur and Sukma, has taken a very heavy toll. In the attack, 22 jawans were killed, about 30 injured with reports of one missing in action. It was a pre-planned broad day light lethal attack, resulting in highest casualties to the SF over the past four years.

From initial reports, it is evident that the Maoists had mustered a sizeable combat strength at the point of action near Jonaguda village, estimated to be 250 to 500, to deliver the deadly blow. The Maoists are known to have laid an ambush spread over a large area, and had fired light machine guns and rockets from three different directions. The security forces (SF), in several teams, were carrying out large scale counter-insurgency operations, based on specific intelligence inputs about the presence of People’s Liberation Guerrilla Army (PLGA) commander Madvi Hidma and his team. The intelligence about the presence of rebels is said to have been provided by various intelligence agencies operating in the region. Having not found any hideout or the Maoists, the column was ambushed while the troops were returning to their base camp. However, due to the fight back, the Maoists also suffered casualties, about 12 killed and a few injured.

This attack by the Maoists, on 2 April, has resurfaced within ten days of their last attack in Narayanpur on 23 March, when a bus carrying DRG was blown up by a powerful IED. It resulted in five personnel getting killed. In fact, the southern part of the Bastar Division is the core strong hold area of the Maoists’ operations. A thickly forested area, it lies at the junction of borders with Maharashtra, Telangana, and Odisha, which facilitates guerrilla tactics and provides safe havens to the rebels in another state, whenever required.

During the bloodiest years of violence by the Maoists between 2007 and 2010, according to SATP, 1019 security force personnel were killed in the affected areas. Thereafter, there was a progressive decline in the number of incidents and level of violence, as the SF remained vigilant, conducted good intelligence-based operations, and achieved fair number of successes against the Naxals. However, there has been a spike in the intensity of Maoists’ activities from 2019 onwards, particularly in the Sukma and Bijapur districts, the southern portion of the Bastar Division.

According to Maoists’ calendar, they launch Tactical Counter Offensive Campaign, which varies based on local conditions and events, during which they carry out recruitment and plan their operations.  A look at the modus operandi and the statistics of the Maoists over the last few years would suggest that maximum ‘high intensity attacks’ have been launched between March and June each year, including closer to events like elections and whenever a prominent rebel leader is killed. A case in point is the massive attack on the SF on 21 March last year, in which 17 CRPF personnel (12 personnel from DRG, and five STF personnel) were killed in action near Minpa in Sukma, and an equal number were injured. After the attack, the Maoists also looted at least 15 weapons and their ammunition from the possession of the slain personnel – 12 AK 47 assault rifles, one Under Barrel Grenade Launcher (UBGL), one INSAS (Indian Small Arms System) assault rifle and one Excalibur, the upgraded variant of the INSAS rifle. It appears some of these weapons like UBGL has also been used by them against the SF.[1]  According to reports, and as expected during the TCOC, the Maoists are known to have exploited the nationwide lockdown period in 2020 due to COVID-19 to recruit youth, particularly the migrant workers who returned to their homes and were without jobs.

The Maoists are highly adept at guerrilla warfare. The guerrilla warfare tactics, along with employment of terror, is the most lethal weapon of an insurgency. They aim to create fear psychosis and a sense of helplessness, among the SF, the governing system and the population at large.  In such an uncertain environment, the local populace is the worst affected because of physical, psychological, economic and social security. The Maoists mingle with the local crowds very easily. A study of a few earlier attacks in the Bastar region suggests that generally, prior to a planned attack by the Maoists, the schools and hatts (local Markets) in proximity remain closed, and villagers either stay indoors or move away to different locations for the fear of reprisals. According to initial reports, the two adjoining villages along the patrolling route were observed to be empty – a clear indication of a well-planned attack in which the villagers had known of the motives of the Maoists. As acknowledged by one of the survivors, they could not read the tell-tale signs of the impending attack and were subjected to a surprise attack on their return. Monitoring the tell signs like abnormal activities among the locals, schools, markets, dug out on the roads, abnormal movement of rations, cigarettes, medicines etc are central to remaining abreast with activities of the rebels. Officers would always play an important role to ensure that such activities do not go unnoticed.

Undoubtedly, there has been a distinct reduction in the number of states and districts critically affected by the Maoists over the last one decade. On balance, there has been a progressive decline in violent incidents and killings from 2012 onwards. However, it does not necessarily mean that the Maoists movement is well under control. Sometimes, it results in the entire system becoming complacent. The Maoists continue to remain strong and a force to reckon with. Maoists will continue to strike against the SF periodically, to remain relevant and to show the governance system in a poor light.

Unfortunately, after every such high intensity lethal attack, fact finding bodies invariably point to inadequacies in electronic and human intelligence, poor leadership, training proficiency of troops, complacency, faulty planning and conduct of operations, following predictable pattern in operations, poor communications and coordination arrangements, and inadequate logistic support. To fight a guerrilla, the force must be better than a guerrilla. Therefore, one of the most important principle is that the troops and their commanders must train together, to form homogeneous teams, and operate together in such high intensity operational environment. Homogeneous teams – leaders and the led together – have always performed well due to several inherent advantages.

Actionable intelligence, failsafe communications at all stages, sound planning and close monitoring of operations, understanding human terrain, and the latest tactics of the rebels are the key to successful operations in an intense insurgency environment. However, it is pertinent to note that, complacency among the troops along with ineffective leadership is a sure recipe for disaster. Unlike the earlier times when the Maoists frequently attacked police stations, constabularies, and prisons, over the past few years, the focus of the Maoists have shifted to attacking moving columns on patrols and search operations, and vehicles with remote cum wire controlled IEDs, followed by a physical assault to cause maximum damage and decamp with weapons, and equipment. Simultaneously, they would lay an ambush for the reinforcements, moving along the predictable routes. They are known to use the latest internet and social media facilities, including dark nets, to remain abreast with technological advantages.

Reportedly, while there were sufficient intelligence reports about the presence of Maoists and their leaders in the border areas of Sukma – Bijapur, arrangements to employ UAVs and drones to provide real time surveillance and intelligence, monitoring and blocking of critical networks of the rebels by special teams, and their analysis would help to thwart the designs of the Maoists.[2] This is even more relevant when  the intelligence inputs point towards increased presence of the Maoists in the affected area.

Given the nature of difficult terrain and vulnerability of troops, it is vital to maintain fool proof communications with the troops on the ground, to take appropriate actions to support the troops under attack, reinforce troops from different unpredictable directions, preferably aerial insertion to secure areas. Such actions would help to deter the rebels from engaging troops and decamping with weapons, ammunition, and equipment. The tractors and trolleys, as reported, used by the rebels to evacuate their casualties could have been tracked by surveillance systems, and actions taken against them.

In the instant case, reportedly, 17 bodies of our slain soldiers were recovered after a rather long time. Such large-scale operations, involving 2000 troops, should have intimate involvement of senior commanders on the ground, to analyse the risks involved, analyse options available, coordinate operations, modify, facilitate assistance by providing resources, and fight the emerging uncertainties.

It is expected that pockets of strongholds of Maoists, with a mix of “ideological-cum-criminals, extortionist and drug cultivator’s nexus” would make efforts to sustain the movement. These islands of resistance may continue to hold, due to the influence of the hardcore ideologues and families that have been the victims of violence. Such areas would generally be in and around the “critically affected areas” like Bastar region.  If the policies of economic development, implementation of people centric projects to provide the survival needs of the people – food security, health security and employment opportunities for livelihood –  and perception management are not pursued with vigour, and there is also a down-turn in the economy (case in point COVID-19), having an adverse effect on the growth, developments and employment opportunities, the Maoists would exploit such opportunities to re-group and consolidate their bases and re-emerge stronger. Also, the Maoists would continue to oppose any peace overtures, which were underway in Chhattisgarh. Scott Henson, a noted sociologist had commented on federal structure and accountability, “They have a structural accountability problem. They are federally funded, state managed and locally staffed, therefore accountable to none”.

Based on his experience of successful counter- insurgency campaigns, the observations of Dr Mockaitis are apt, “The insurgencies do not conclude with a clear cut victory by any one side”.[3] Statistically, while 7 percent insurgencies are known to have been resolved by employment of military force, 43% of insurgencies were resolved by a political solution, backed by a strong military muscle. This is exemplified by India’s fight with left wing extremism (LWE) that ceases to end. The internal security threat is well-witnessed in the increasing trend of Maoist insurgency. While maintaining a strong security posture with a dynamic approach against ‘hard core insurgents’, with technology enabled surveillance, intelligence and perception management systems in place, the solution lies in good governance and last mile connectivity, meeting the legitimate aspirations of the people, and implementation of the welfare schemes on the ground with a sense of commitment and urgency.

[2]  It is virtually impossible to provide 24×7 surveillance by deploying UAVs and drones. However, important movements of troops must be covered, wherever feasible.

is Director of The Centre for Land Warfare Studies (CLAWS), New Delhi.