‘Only a credible & demonstrable Aerospace capability can be a true deterrent’ 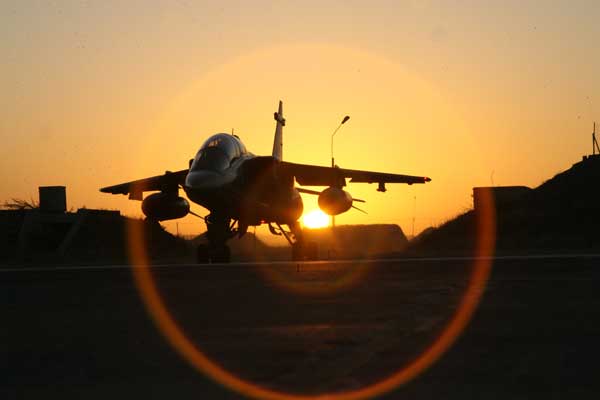 Air Chief Marshal Fali Homi Major, PVSM, was the first helicopter pilot to become the Chief of Air Staff,  in April 2007. During his 40 years of distinguished service, he held several critical posts before being appointed as the IAF’s top officer. A Fellow of the National Defence College, New Delhi, and the Army War College, Mhow, he completed several courses like the Junior Commanders’ Course, Jungle and Snow Survival Course and other Higher Command Courses. He was appointed Joint Director (Helicopter Operations) and Director Operations (Transport & Helicopter). In 1999, he was appointed as the Air Officer Commanding Leh (Ladakh) in the aftermath of the Kargil conflict.

In an exclusive interview with Ramananda Sengupta, the veteran aviator discusses the future of the Indian Air Force, and asserts that  ‘while military technology gives you potent hardware, it is the people who turn it into a capability.’

As a former chief of the IAF, what do you think is the primary challenge facing the Indian Air Force today?

The IAF today, is in the midst of a massive modernisation process and the good news is, that it is progressing pretty well. Notwithstanding a few delays, the capability building drive by the IAF is more or less on track, as compared to the other Services. Whenever a modernisation process of this magnitude is under way, the biggest challenge any Air Force faces and not just the IAF, is the complex change-over process from the old legacy platforms/weapon systems with their associated operational/technical/training  philosophies; to the newly acquired modern systems. 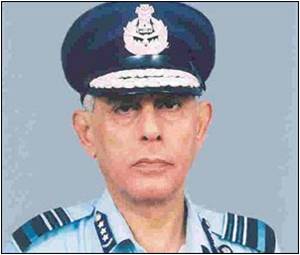 This involves an extraordinary amount of conceptualising, planning, training, integrating & operationalising the new platforms & weapon systems being inducted. The IAF has very robust & institutionalised Directorates and Systems in place, to make this happen seamlessly – yet it is a huge challenge!

How has our threat perception changed over the past half century, and what steps have we taken to move with the times?

With the increasing use of technology, emerge new playgrounds of conflict. And these create new vulnerabilities and new Rules of Engagement, which require a very different genre of war-fighting wherewithal. Coupled with this, is the ever changing security scenario in the region. Given this environment, intentions of likely adversaries could perhaps change overnight, and so would threat perceptions! Given these realities, the IAF force structuring today is capability based to address  ‘across-the-spectrum’ conflict situations, and not on Country-specific threat scenarios. Only a credible & demonstrable Aerospace capability can be a true deterrent in our region – and the IAF is poised to achieve this, given it’s rapid modernisation.

Aero India can be an excellent platform to increase the awareness, potential and opportunities available in the Aviation sector…

What was on top of your agenda when you became chief, and how did you deal with it?

I took over as CAS in the Diamond Jubilee year(2007) of the IAF – and what a fine combination of Air Warriors and assets I inherited!  My challenge was to further strengthen & fine tune this great combination into a lean, mean fighting machine. In the throes of modernisation & depleting Squadron strength due to obsolesence/phasing-out of older generation platforms/other equipment it was an onerous task, but the outstanding effort, zeal & dedication of the Air Warriors – coupled with their innate skills, professionalism & knowledge domain gave me the confidence that the IAF shall always touch the sky with glory. I have always believed that while military technology gives you potent hardware, it is the people who turn it into a capability!

What purpose are events like Aero-India supposed to serve, and how far are they successful in achieving that purpose?

The origin of Air Shows can perhaps be traced back to the ” Flying Circus” of yesteryears! Aeroplane manufacturers of that era periodically showed off their inventions to the public with aerial stunts & aerobatics to popularise their products to Aviation enthusiasts. This gradually evolved & drew greater attention from enthusiasts/fledgeling Air Forces and Airlines around the world, and finally blossomed into the “Air Shows” we have today. After WW II, when Air Power proved to be the most viable, flexible & potent Military option in War Fighting, Air Forces around the world were looking for aircraft/helicopters/air-launched weapons and other aviation related equipment. 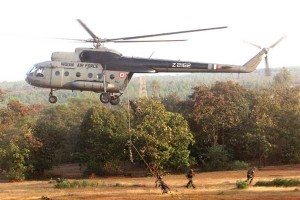 Also, the countries who manufactured them wanted to demonstrate/show case their products. The same was true of Civil Aviation too. There was no better way to do this than at an “Air Show” – spiced with aerial displays, aerobatics, a fair-like ambience and of course a great platform for conducting business transactions in great bonhomie with people from all over the world. Air Shows today, while serving the same purpose, are conducted more professionally, and in a very superior technology environment. Our own Aero India rates very high in the world today, and over the years business worth Billions of US dollars has been transacted here.

What, if anything, would you do differently if you were organising such an event?

In our context, Aero India can be an excellent platform to increase the awareness, potential and opportunities available in the Aviation sector to students, academia & the general public on a couple of days during the show in an organised & institutionalised way, free of cost.

Presently, we have two Air Shows in the  country – Military Aviation (Bangalore) and Civil Aviation (Hyderabad), whereas all countries around the world, combine the two! A common platform for exhibiting Military & Civil Aviation together has the advantage of reduced costs to the organisers & exhibitors, is convenient for OEM’s who manufacture both Military & Civil products and advantageous to Medium/Small Scale Industries who can explore the available avenues in both.