Northern Command, Indian Army: Committed in service of the Nation 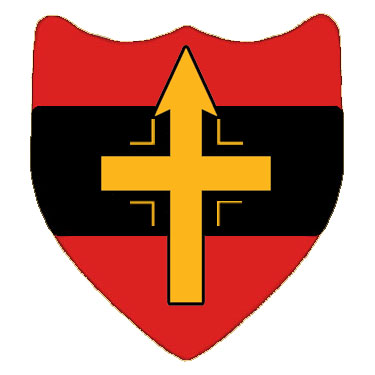 The Indian Army has a rich legacy of valour and chivalry. The qualities that make the Indian soldier stand apart in the soldiering fraternity of the world are best epitomised by the Northern Command of the Army. Raised on 17 June, 1972 and having completed 48 years of selfless service this year, the relatively young organisation naturally fosters a spirit of resilience, high-order professionalism and indomitable spirit in concert with the noble ethos and traditions of the Indian Army.

Prior to independence, the Northern Command of the British Indian Army was located at Rawalpindi.  On partition, the Command Headquarters was allocated to Pakistan and, in India, a new Headquarter designated as Western Command was established at Shimla. The Jammu and Kashmir and Punjab theatres came under Western Command.

The Northern Command was raised on 17 June, 1972, at a time when India had already faced four major wars – the Indo-Pakistan Wars of 1947-48; 1965 and 1971 and the Indo-China War-1962. The cumulative experience reinforced the conviction that the Northern theatre needed a separate command for proper control.

The legendary soldier Lt. Gen. PS Bhagat, VC, PVSM, was designated as the first General Officer Commanding-in-Chief (GOC-IN-C).  Initially in comprised of two corps and one Division; the Chinar Corps, responsible for Kashmir and Ladakh; the White Knight Corps, responsible for the Jammu Theatre and the Dah Division located at Palampur. Post the Kargil War, it was felt that the Ladakh region required a separate Corps Headquarters and as such the Fire and Fury Corps was raised and located at Leh.

The command is predominantly responsible for the sensitive state of Jammu and Kashmir. Its theatre of operations encompasses varied terrain from the icy glaciers of Siachen (the highest battlefield in the world) to the plains of Akhnoor. It comprises of thickly forested mountains, high altitude deserts, rugged mountains and glaciers and hot plains. Several forward areas remain cut off for five to six months and have to be air-maintained.

It also has the unique distinction of guarding four different types of borders – the Line of Actual Control (LAC) and Actual Ground Position Line (AGPL) with China and the Line of Control (LOC) and International Border with Pakistan. Each one of these boundaries comes with a separate politico-military perspective which poses a very big challenge.

China as a neighbour believes in opportunistic and calibrated belligerence; Pakistan, of course is a sworn enemy; it is no wonder then that Northern Command was on the roll  from the word “go.” It is not without reason that it supports the logo “Always in Combat.”

In the 1980s, Pakistan built up a notorious Proxy War in Jammu and Kashmir by infiltrating terrorists in thousands through the porous LOC. The command was called upon to fight a debilitating internal security operation to quell foreign sponsored terrorism and insurgency. The enemy used all means, mostly foul, to gain ascendency, but the brave troops of the command succeeded in defeating his nefarious design. Today, the cult of terrorism lies destroyed, except for a few remnants that are also being dealt with quite effectively.

Operation Meghdoot was launched on 13 April, 1984, to establish control over Indian territories in the icy heights of the Siachen Glacier. In an unimaginable feat of grit and bravery the troops of Northern Command gained control over the dominating heights on the main passes of the Saltoro ridge, Sia La and Bilafond La; this feat of valour that has no parallels in the annals of the military history.

In June, 1999, Pakistan thrust a war upon India with its ignoble attempt to occupy the Kargil heights in Indian territories.  The plan was spearheaded by General Pervez Musharraf, then Chief of Army Staff of the Pakistan Army. The response of the Indian Amy was politically righteous and militarily courageous beyond the call of duty. The courage and commitment exhibited by the Indian soldiers in the short, swift and brutal war is now part of military folklore. The intruding Pakistani forces were completely decimated and the country faced international humiliation.

Alongside its achievements in operations, the Northern Command has earned for itself the reputation of being a “People’s Army.” Having been compelled to fight an infiltrated enemy in own territories, the Northern Command has followed a policy of zero tolerance for human rights violations by own troops. Cases coming to light, however few and far between, are dealt with swiftly with exemplary punishment meted out to defaulters. Counter-terrorist operations in civilian areas are conducted with great care to ensure minimum collateral damage to civilian life and property, even at the cost of buying own casualties.

It is, however, in the domain of “Winning Hearts and Minds” (WHAM) that Northern Command as set a new benchmark. Decades of terrorism and turmoil has had a devastating effect on the psyche of the people of Jammu and Kashmir, especially so, in the Kashmir valley. The army has put in great effort to ameliorate the suffering of the people through welfare initiatives, in particular, Operations Sadbhavna. Army Goodwill Schools are one example, they have been instrumental is meeting the pressing educational requirements at a time when government education infrastructure collapsed under the terrorist threat. There are many other areas like infrastructure development, medical aid etc where the army takes initiative to assist the people. Whenever a demand comes from the people, especially so in remote areas, the army makes a sincere effort to do whatever is feasible. Every year an average of Rs 40 Cr. is being spent for over 1200 projects under Sadbhavna.

Recently, Army Commander, Northern Command, Lt. Gen. Ranbir Singh felicitated 23 meritorious teachers of Army Goodwill Schools for creativity and innovation at a ceremony held in Udhampur on 16 November, 2018. On 20 May, 2019, Army Commander also presented financial aid to 71 students from below poverty line category and remote areas of the state.

Jammu and Kashmir, especially the Kashmir Valley and Ladakh have suffered many natural disasters in the last decade and a half. In each of these calamities the Indian Army has unilaterally undertaken relief and rehabilitation works at a massive scale, at times when it was itself grappling with the effects of the calamity. The assistance provided during Operation Rahat launched after the Snow Tsunami of February, 2005; Operation Imdad for the devastating earthquake in October, 2005; Operation Cloudburst in the aftermath of the flashfloods in Leh in September, 2006 and Operation Megh Rahat during floods in Kashmir in September, 2014 is noteworthy.

Northern Command, despite being most operationally active, has had a number of units participating in joint exercise with friendly foreign countries, mainly Thailand, Kazakhstan, China and Oman.

Sports and adventure activities are the hallmark of military ethos and Northern Command finds time to pursue and excel in such activities despite its heavy operational commitment. Northern Command firing team won the 15th Gen JJ Singh Officers’ Air Weapons Championship at Mhow in March, 2019.  The first Inter Services Paragliding Accuracy Championship was conducted in October, 2018, under aegis of the command. Himalayan Height Motorcycle Expedition was flagged off from Karu, Leh on 07 April, 2019. A Skiing and Mountaineering expedition by Ski Troopers from Ladakh Scouts created history by skiing along the route Indira Col, Turkistan La in record time and simultaneously summiting the Junction Peak (20,374 ft) on 9 May, 2019.

Sustained efforts, with complete support of the locals and in total synergy with the paramilitary, police and local administration have resulted in breaking the backbone of terrorism. The locals continue to share a deep bond of trust and faith with the soldiers and together the “Jawan and Awaam” are marching towards a better tomorrow. A stable security environment has been created which has opened avenues for the democratic political process to take roots and for the region to witness an era of development and prosperity.

For the Northern Command, however, the time to sit back and enjoy the laurels of success has not arrived. The enemy is determined to continue with his nefarious designs at whatever cost, he is brutal and ruthless. There is no option but to stay constantly vigilant and ready for all contingencies. The entire Nation stands firmly in support of the brave and noble soldiers of Northern Command with the firm belief that they will never let the enemy succeed.