Need for Nurturing the ‘Make’ Projects 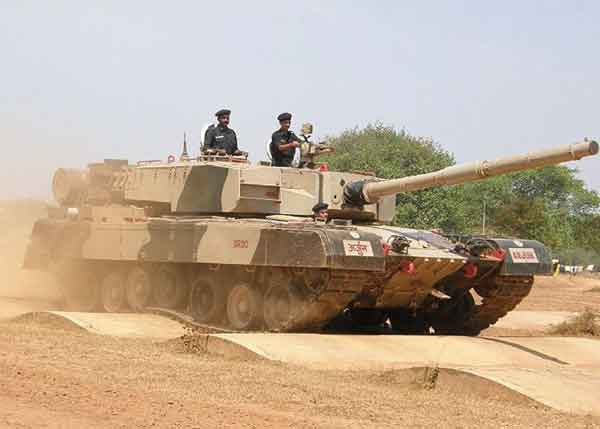 The excitement accompanying notification of the strategic partnership scheme in May this year has somewhat diminished the focus on the ‘Make’ projects. Adopted by the Ministry of Defence (MoD) in 2006, the ‘Make’ procedure was intended to promote indigenisation design and development of defence equipment.

According to Defence Procurement Procedure (DPP) 2016, ‘Make’ projects are those that entail design, development and manufacture of equipment, systems, sub-systems, assemblies, sub-assemblies, major components, or upgrades thereof, by Indian vendors.1

No development contract for any ‘Make’ project has been awarded till date but arguably the underlying idea continues to be relevant, not least because it may take longer to award the first contract to a strategic partner than the time required to roll out a few ‘Make’ projects. To its credit, MoD also seems to be more eager now, than ever before, to push ‘Make’ projects in parallel with implementation of the strategic partnership scheme.

In a renewed bid, the list of 23 potential ‘Make’ projects released in May 20162 was replaced by a new list of 30 projects, updated as on March 30, 2017 and uploaded by the Department of Defence Production (DDP) some time back on its website.3 The list consists of 11 projects each of Army and Air Force and eight projects of Navy. The Indian Coast Guard does not figure in the list.

The projects included in the latest list are a far cry from big projects like the Futuristic Infantry Combat Vehicle (FICV), Tactical Communication System (TCS) and Battlefield Management System (BMS), which were conceived under this category in the years following its adoption in 2006 and much before notification of the 2016 list.

The inability to conclude a single prototype development contract in the last list has chastened MoD as the new list, as indeed the earlier list of 23 projects, comprises projects that are apparently less ambitious and, therefore, have a better chance of showing some tangible results.

But for that to happen, MoD needs to ensure that the process of awarding the development contract does not become endless. There is a real danger that it might. 17 of the 30 projects in the new list figured in the May 2016 list also. This implies that in the one year since the previous list was released sufficient progress could not be made to take those projects out of the new list.

It is difficult to say how much ground has been covered so far but it is unlikely that the contract for the first of these 30 projects will be signed any time soon. Going by the number of project-specific questionnaires seeking inputs from prospective developers posted on the makeinindiadefence.com website, at least 16 of the 30 projects seem to be at the feasibility study stage. There is no information about the status of the remaining 14 projects.

While it is heartening that there is some forward movement on at least 16 cases, one cannot overlook the fact that six of these projects figured in the 2016 list also.4 This implies that feasibility study could not be completed for these six projects in the last one year since that list was notified. If this is any indication, feasibility study in respect of all the 30 projects could take a very long time.

To put the issue in perspective, feasibility study is a stage prior to formulation of the Preliminary Services Qualitative Requirements (PSQRs) which is a pre-requisite for seeking Acceptance of Necessity (AoN). This is followed by constitution of Integrated Project Management Team (IPMT) to commence the process for identification of potential Development Agencies (DAs) and concluding the contracts with them.

Nodal officers have been designated in the DDP and the three Service Headquarters (SHQs). In addition, project-specific nodal officers have also been designated to help the interested parties. But it is important to assign the overall and exclusive responsibility to a senior officer in the ministry with the sole mandate to ensure that procedural complexities do not come in the way of signing of a few contracts in the next two years or so. This will also bring in accountability.

If it is not happening already, review of the progress of these projects should routinely figure in the agenda for the monthly meetings of the Defence Acquisition Council (DAC). As the highest decision-making body in MoD, it is DAC alone which can steer these projects to their culmination by resolving issues, as and when they arise, along the way.

Some interaction is already taking place between the industry and the SHQs. It should, therefore, be fairly clear whether the information related to the projects that has been disclosed by MoD in the latest list is adequate for the industry to provide inputs for feasibility studies. The information should also help them in taking advance action to gear up for responding to the Expression of Interest (EoI) as and when it is issued in the run up to short listing of the DAs.

Remedial action may need to be taken if these interactions point to any deficiency in disclosure of information. This also casts a responsibility on the industry associations to provide specific inputs on what more needs to be done to take the process forward. These associations can be an important bridge between the individual entities and the ministry.

The notification related to the updated list of 30 projects says that these projects are being considered to be undertaken under Make-I or Make-II sub-categories of revised ‘Make’ procedure contained in Chapter III of DPP 2016.

Procedurally, there is not much of a difference between these two sub-categories except that state-funding up to 90 per cent of the cost of prototype development is available under Make-I sub-category, whereas projects under sub-category Make-II have to be funded by the DAs themselves.

From a strict financial viewpoint it makes sense to minimise government funding by avoiding categorisation of projects under Make-I if the industry is ready to self-fund prototype development but this could place Micro, Small and Medium Enterprises (MSMEs) at a disadvantage as one of the biggest challenges they face is in regard to raising of financial resources.

The MSMEs can – and must – play an important role in the national endeavour to promote manufacturing in India. The ‘Make’ projects presently under consideration provide a golden opportunity to them, especially since projects for which the cost of development is up to Rs. 10 crore under Make-I and Rs. three crore under Make-II are reserved for them. These projects will go to the bigger companies if MSMEs are unable to find enough resources to fund prototype development.

It would be a bold gesture if MoD decides to categorise all these projects under Make-II. This will also send a strong message to the industry and to the nation about MoD’s earnestness to promote private sector participation in defence production. It is not too late for MoD to take this call.